JUNEAU COUNTY, Wis. - Refugees from Afghanistan have arrived at Fort McCoy in Wisconsin and up to 10,000 more could do so in the coming weeks, U.S. Sen. Ron Johnson said Wednesday after meeting with base officials.

The base, located about 40 miles east of La Crosse in western Wisconsin, is one of three military installations nationwide that has been processing people evacuated from Afghanistan since the country fell to the Taliban.

"Our allies from Afghanistan have a long road ahead of them, and Wisconsin will continue to extend our support and assistance to these individuals who bravely contributed to our country’s efforts over the past two decades," Evers said in a statement.

U.S. Sen. Tammy Baldwin, a Democrat from Wisconsin, said at a Madison event on voters' rights that the United States has a moral obligation to help those who assisted the country for years in Afghanistan and those who are at risk under a Taliban regime.

"It sounds like the first group of people that arrived are just relieved to have been able to escape Afghanistan. They won the lottery, they’re here in America," Johnson said. "The vast majority are here wanting what we want, the opportunity to raise their families in safety and security, with opportunity."

But Johnson faulted President Joe Biden's administration, saying its assurances about the vetting process was putting "lipstick on a pig."

"Maybe they’re taking biometrics, but you need biometrics taken beforehand that you can compare them to," he said. "It would be nice if we knew everyone even just had an identification card, but I’m hearing they don’t." 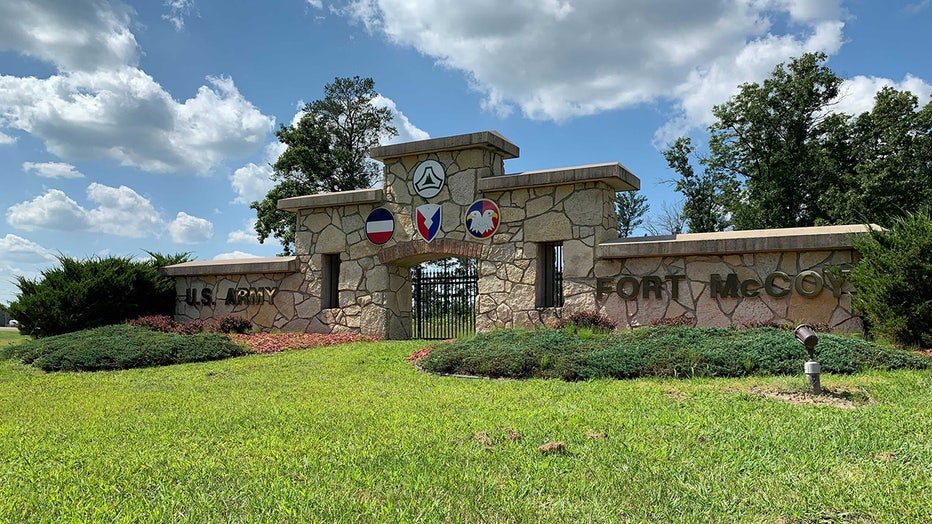 State Rep. Tony Kurtz, who is a veteran, said it’s important to get the Afghans who worked alongside the U.S. out of Afghanistan.

"The vast majority of them are here for the right reason, but all it takes is one and we’ve got to make sure we do our due diligence," he said. "We need to take time, once they get out of harm’s way, to make sure we’re getting the right people and doing the proper vetting."

Johnson said the Biden administration should be focusing only on evacuating Special Immigrant Visa applicants and their families, and people who U.S. military members personally vouch for.

About 1,000 service members from multiple units of the U.S. Army and Army Reserve are slated to assemble at the base to provide support to the refugees.

For those coming to Wisconsin, they’re landing at Volk Field, a Wisconsin Air National Guard facility in Juneau County. The refugees are then loading onto buses for the 30-minute ride to Monroe County and Fort McCoy.

At the forts, the refugees are going through medical screening and receiving health care services. They’re also getting help on things like work authorizations. Each family gets connected with a resettlement organization that will help them begin their lives in the United States.

All of the refugees go through security vetting before they can enter the country, White House officials said Monday. Upon arrival, they are tested for COVID-19. Those who test positive will have access to space to quarantine.

A Republican state senator from Wisconsin who opposed mask and vaccine mandates and then developed pneumonia after testing positive for COVID-19 was in stable condition Wednesday after being placed on a ventilator, his spokesman said.