LA CROSSE COUNTY -- A La Crosse County sheriff's squad was struck by a semi on I-90 near Tomah on Thursday, March 19. Fortunately, the deputy was not in the squad at the time -- and therefore, not injured.

The Wisconsin State Patrol says the wreck happened around 6 p.m. Thursday on eastbound I-90 near Tomah. The deputy had blocked the left lane with his squad car with emergency lights activated to protect the scene of a crash. Officials say the driver of the semi was unable to slow fast enough, merged into the left lane, and struck the La Crosse County deputy’s squad car. 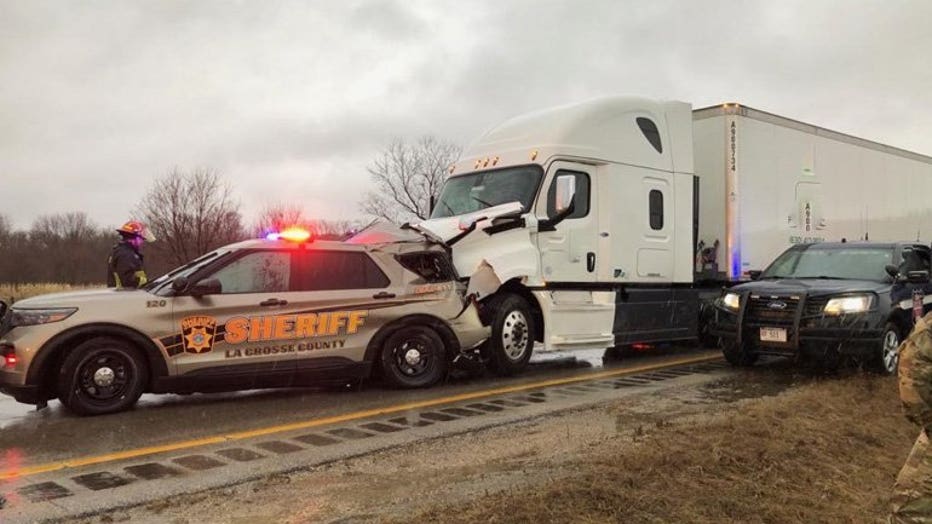