MILWAUKEE -- A White House hopeful made his pitch to Milwaukee voters on Wednesday, Nov. 6. Presidential candidate Tom Steyer made a couple of stops in southeast Wisconsin -- and spoke with FOX6 News. 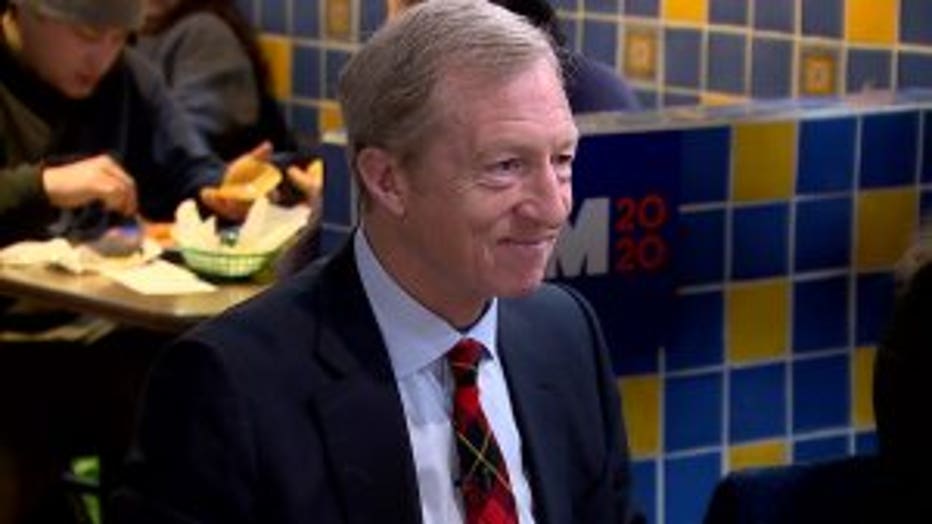 Steyer is a billionaire activist who spent much of the last year getting people to sign a petition to impeach President Donald Trump. If you have not heard of him, you are not alone.

"I'm not someone who is known across the United States," Steyer said.

Steyer left his investment firm to focus on philanthropy. But the California Democrat has been involved in politics most of his life. He worked on the Mondale presidential campaign, raised money for Barack Obama, founded the political action group NextGen America, and most recently, spent millions on an ad campaign advocating the impeachment of President Trump. 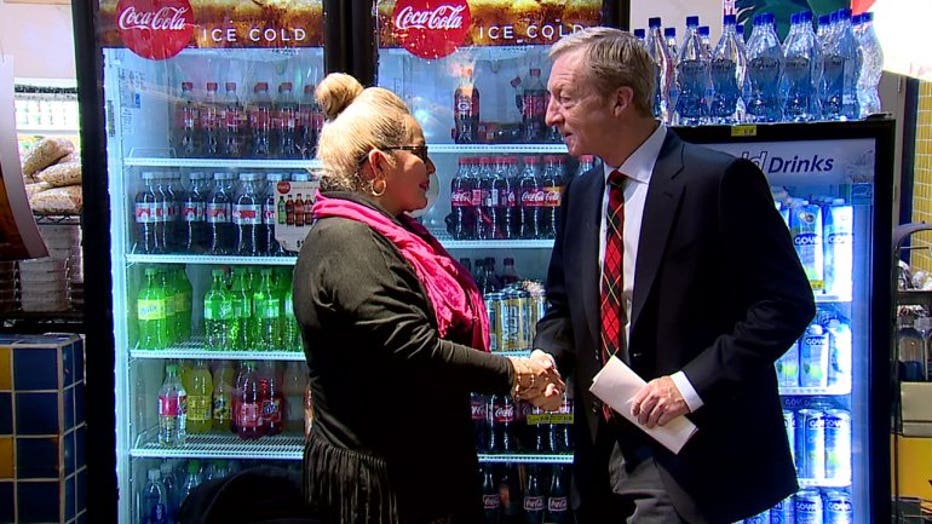 Steyer said he never intended to run for office himself. But he felt he had to end what he calls the corporate takeover of America -- as well as climate change.

"We need to confront it face forward and deal with it -- and we also have to stabilize our climate. And I just thought, no one is dealing with those two things. They've got to be done," Steyer said. 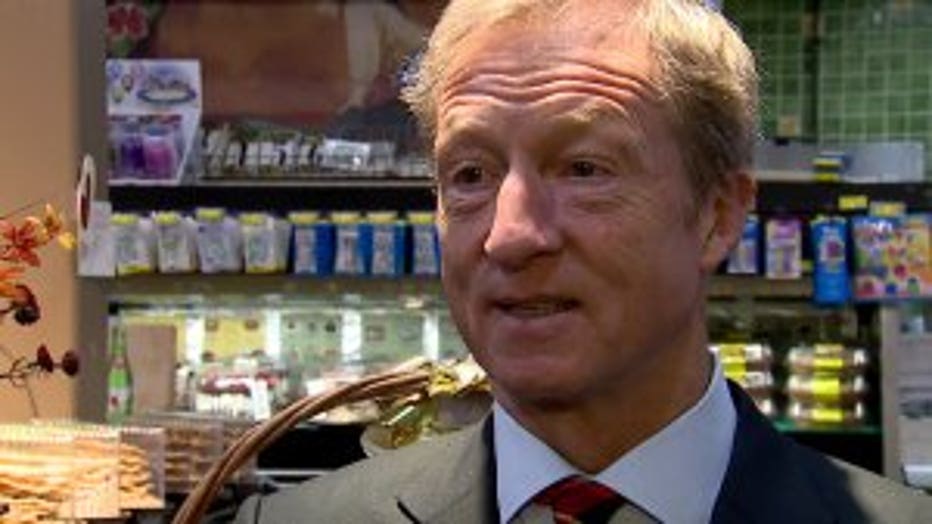 "That's not a liberal or conservative idea. Those are rights of citizens today that I think are being trampled on," Steyer said.

Milwaukee residents who came to hear Steyer speak liked what they heard.

"I think that he sounds fair. It wasn't just about the Democrats. It was more about helping others and being of service," said Marianyela Salas, a small business owner. 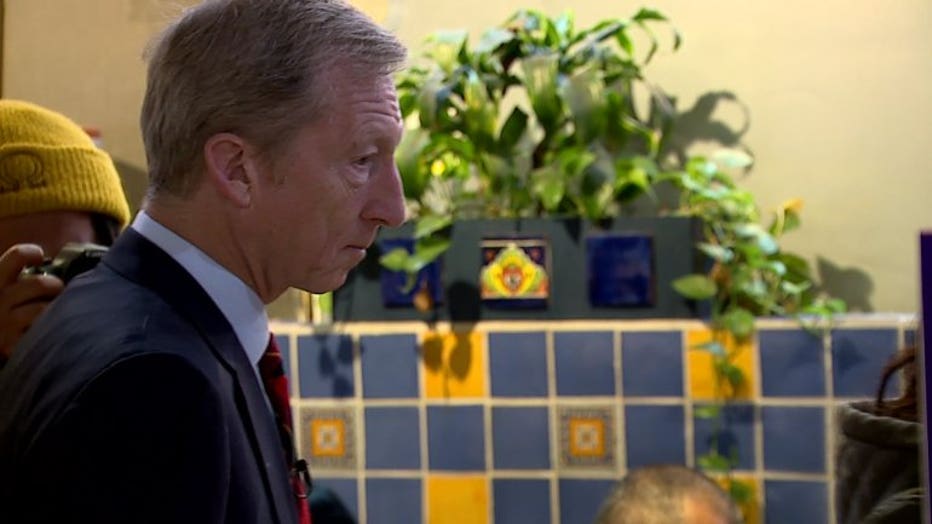 Steyer is hopeful the voters will share his message as well as his name.

Steyer's campaign made national news this week -- but not how the Democrat had hoped. A staffer resigned after downloading volunteer data that belonged to Senator Kamala Harris. Steyer called Harris to apologize.