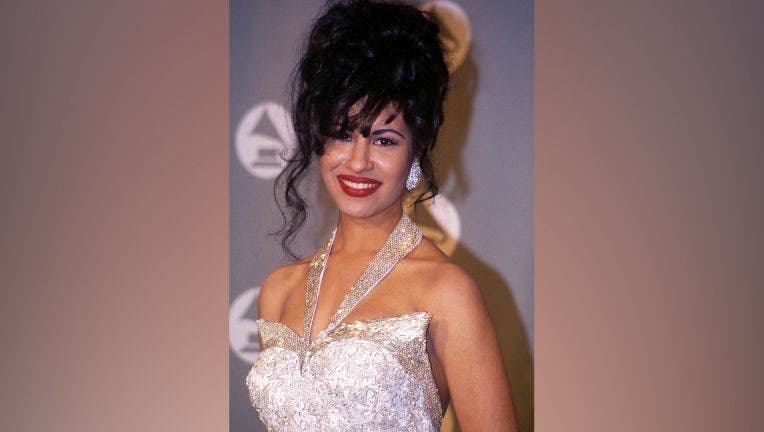 LOS ANGELES - Selena Quintanilla-Perez will be honored with a posthumous Lifetime Achievement Award at the 63rd Annual Grammy Awards in 2021.

"As we welcome the new class of Special Merit Award honorees, it gives us a chance to reward and recognize the influence they've had in the music community regardless of genre," said Harvey Mason Jr., interim president and CEO of the Recording Academy. "As a music creator and music lover, I am grateful that we are able to look back at our influences and see the impact that they have made on our community."

Known as the "Queen of Tejano music," Quintanilla-Perez became a household name after her career took off in the 1980s, the academy noted. Her 1993 album, "Live," won Best Mexican-American Album at the 36th Annual Grammy Awards — the first time a female Tejano artist won the category.

She sold more than 60 million albums worldwide before her death at the hands of the former president of her fan club. Quintanilla-Perez was shot and killed on March 31, 1995, mere days before she would have turned 24.

The songstress recently became the subject of "Selena: The Series," which debuted this month on Netflix. It features Christian Serratos as the late singer and centers on her childhood and meteoric rise to stardom, as well as the path she and her family took in their quest for musical success.

Quintanilla-Perez was also famously portrayed by Jennifer Lopez in the 1997 film "Selena," which earned Lopez a Golden Globe nomination for the role.