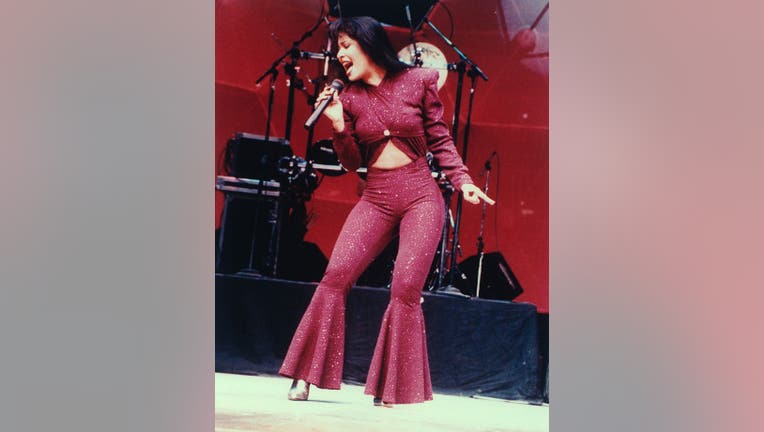 Mexican singer Selena performing in concert; one month later she would be shot and killed by Yolanda Saldivar, the pres. of her fan club, after confronting her on charges that she was embezzling funds. (Photo by Arlene Richie/Getty Images)

Fans of the late singer Tejano singer Selena Quintanilla got new music 27 years after her death.

Selena’s family and her estate released the Spanish-language song "Como Te Quiero Yo A Ti" or "How I Love You."

Moonchild Mixes, which is set to be released on Aug. 26, is said to contain previously released tracks with new arrangements, as well as some songs that were recorded when the singer was 13.

This year marks the 27th anniversary since the 23-year-old singer was killed by her fan club manager and friend, Yolanda Saldivar, on March 31, 1995, in Corpus Christi.

Selena is the best-selling female artist in Latin music history, with sales of more than 65 million albums.