So how much would you have to pay in taxes under each presidential candidate?

With debates already at a fevered pitch, Hillary Clinton, Bernie Sanders, Donald Trump and Ted Cruz are all trying to convince voters to side with them – but it's hard to size up a candidate from podium time alone. One of the crucial ways the next president will affect every citizen by the changes he or she has planned for the country's tax policy.

Vox teamed up with the Tax Policy Center to create a handy tax calculator that uses each candidates' proposal to give you a sharper idea of what April 15, 2017 might look like for your checking account.

If you want see how much you'd have to pay under Bernie Sanders, Hillary Clinton, Donald Trump or Ted Cruz, you can enter in a hypothetical amount into the calculator.

For example, let's say you are single, have one child and make $50,000. This is what your taxes would look like under the four candidates: 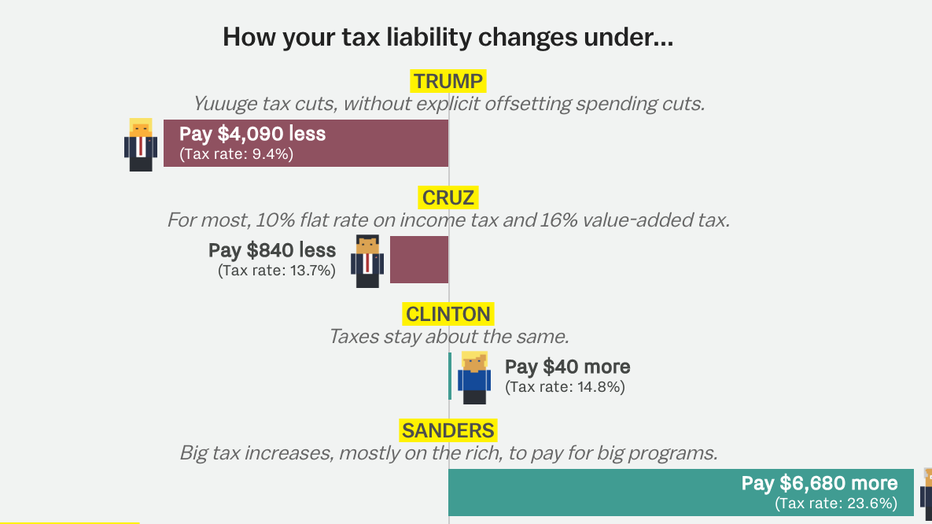 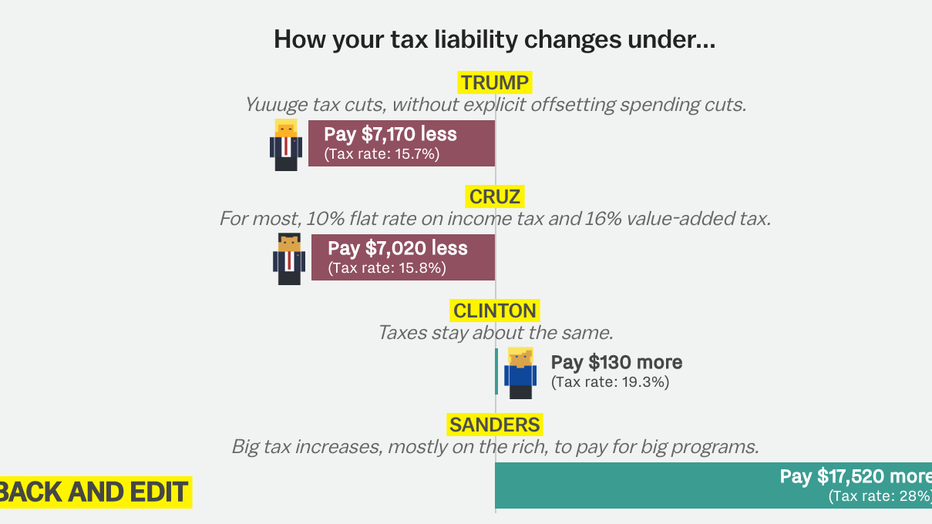 What about the millionaires? Here's a married couple with no children who makes $1,000,000: 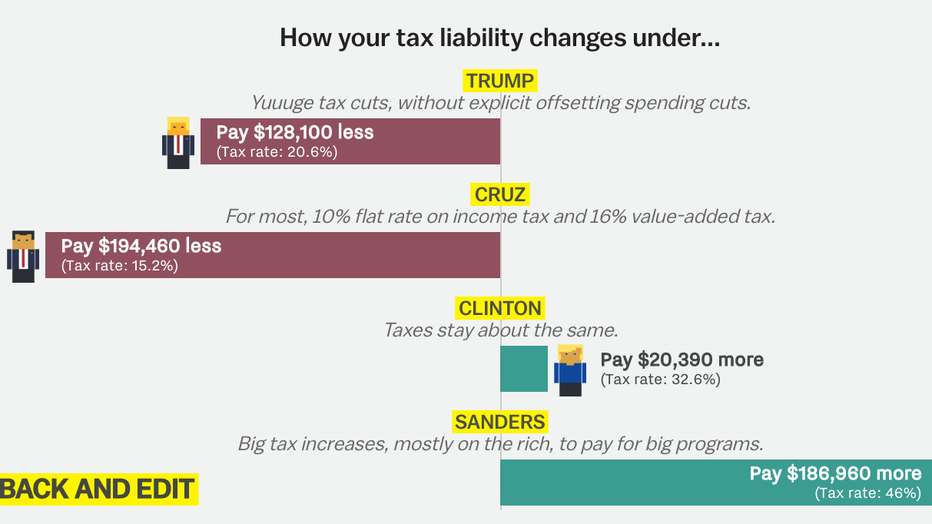 See how much you might be on the hook for under the different candidates by using this calculator.