GREENDALE, Wis. - You’ll soon decide what Wisconsin should do if Roe v. Wade really goes away. While abortion isn't literally on the ballot, the candidates for governor are clear where they think Wisconsin should go next.

And protests of the possible end of Roe have popped up, too.

At Greendale High School, in the Milwaukee suburbs, more than 150 students walked out of class Thursday, May 5.

"We were very surprised at the turnout," said Akayla Raasch, a senior who helped organize the walkout. "We didn’t think very many people were going to come, but we’re very glad that they did."

Student organizers warned the principal ahead of time. While the school district confirmed that was true, a spokesperson would not say if students faced penalties for leaving class during their thirty-minute walkout. Organizers said they were told students would not face disciplinary action.

"They can’t stop us, so they can’t really do anything about it, so I wasn’t scared of getting in trouble while doing it, because I know it’s for a good cause," said Greendale junior Christopher Carroll, who spearheaded the walkout.

Many of the students, like him, were too young to vote.

"I will be able to, but for people that aren’t able to vote, I feel like they should also have a voice in this," said Raasch. 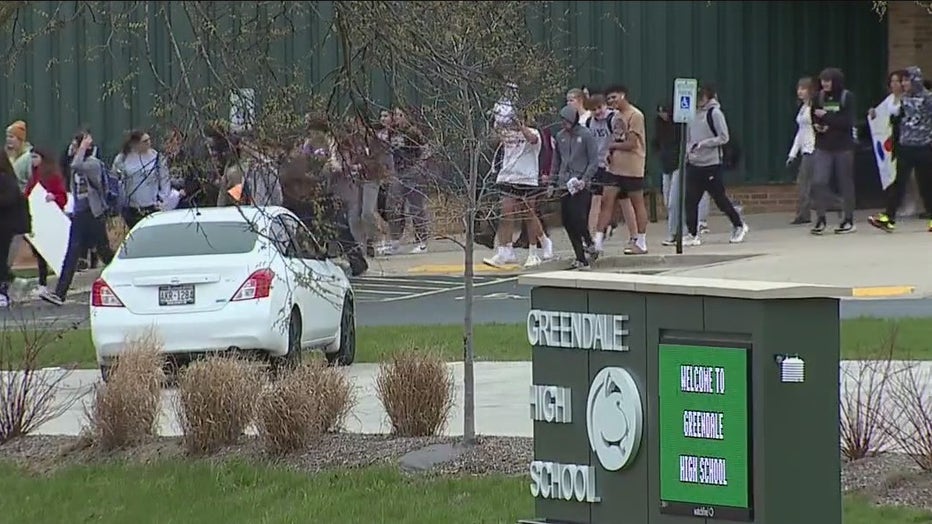 If the draft decision exclusively reported by Politico stands in the final form, then it means the highest court in the country would strike down Roe v. Wade.

"I hoped for it. I prayed for it," said Rebecca Kleefisch, Republican candidate for governor. "But it’s kind of like the cure for cancer: is it going to happen in your lifetime? You sincerely wish for it to happen, but you never fully count on it. So, this has been a blessing."

A Wisconsin law from 1849 and still on the books bans abortions, but Roe has made that unenforceable. After Roe is scrapped, the state law would be back, but likely would face legal challenges.

That old law exempts mothers and also allows abortions if the life of the mother is at risk.

"Yes, I think the life of the mother stands," said Kleefisch, who supports keeping that exemption.

FOX6's Jason Calvi asked: "Would you have an exemption for rape and incest as well?"

"No, because I don’t think it’s the baby’s fault how the baby is conceived," said Kleefisch.

It's the latest in decades of debates over abortion. 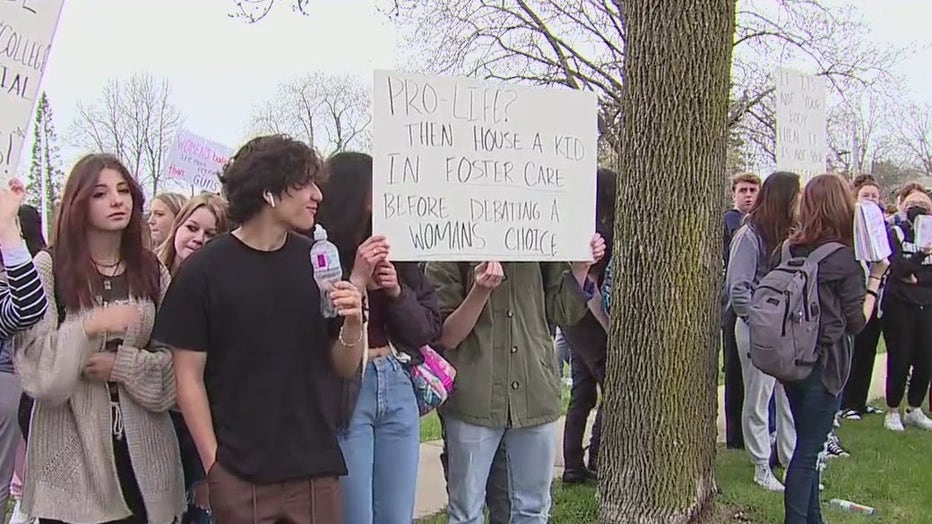 "Think of all the sexual assault victims, the rape victims. It’s not just them that makes this important. It’s also the lower-class people that can’t afford to be able to take care of these kids once they’re born," said Raasch. "If they were to go through full term with these pregnancies, that is how babies end up in garbage cans and just dead and neglected and abused, and that’s not right."

Kleefisch said the state needs to support mothers. "I think it’s really important that we take stock not only of protecting the next generation of women, unborn, but also protecting those women who right now are scared and confused, make sure that they have the resources they need in order to get rid of that fear."

FOX6 News asked for interviews with Gov. Evers and the main GOP candidates trying to oust him. Only Kleefisch was free before our deadline.

In a statement, the governor criticized the draft decision. "If Roe v. Wade is overturned, Wisconsin could turn back the clock 50 years on reproductive healthcare access—we cannot afford to go backward. Reproductive healthcare decisions are deeply personal and should be made by patients in consultation their healthcare providers, not by politicians. As long as I’m governor, I’ll keep working to ensure all Wisconsinites have access to quality, affordable healthcare, and I’ll never stop fighting to defend the reproductive rights of our family members, friends, and neighbors."

"We are going to protect innocent life. And we are going to actually enforce the laws on the books," said Republican Kevin Nicholson on The Regular Joe Show.

Another GOP candidate, State Rep. Tim Ramthun said, "the sanctity of life should never be questioned."

In a statement, Republican Tim Michels wrote: "I am pro-life. It is fundamental to who I am, which is driven by my faith. Every life is precious, and as governor, I will work to ensure the lives of the most vulnerable are protected. I believe whenever possible, we should always come down on the side of life."