Scott Walker: In danger of having his votes “sucked up” by other candidates?

Scott Walker: In danger of having his votes "sucked up" by other candidates?

MILWAUKEE -- Gov. Scott Walker says he's going to "wreak havoc" on Washington the way he did in the Wisconsin State Capitol. 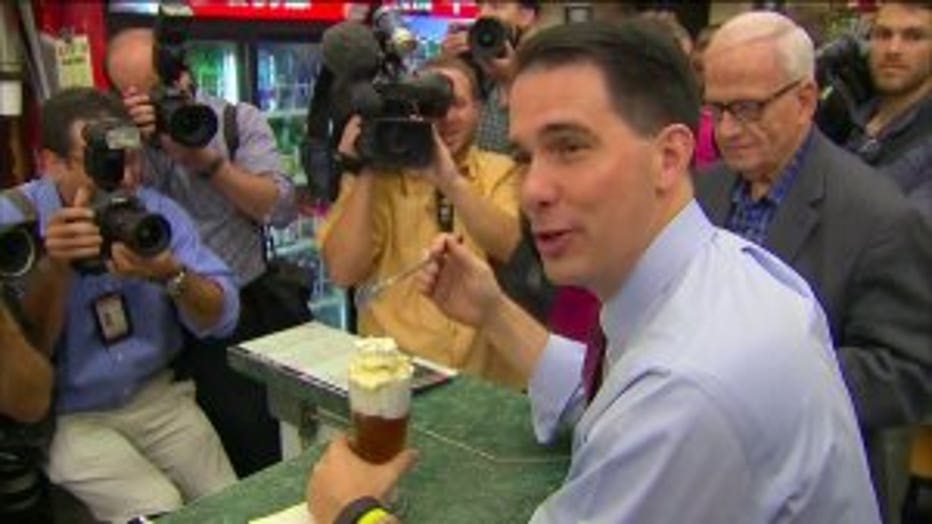 Walker continued his presidential campaign Wednesday at the Highland Park Soda Fountain in Dallas, where he ate ice cream and kept up the message that he's a political outsider.

"Americans are looking for someone to shake things up a little bit. They want someone to wreak some havoc on Washington," Walker said. "They've seen I've been able to wreak havoc on our state Capitol."

This week, Walker has denied being a career politician -- even though he's held office in Wisconsin since he was 25 years old.

Back on Marquette University's campus, some observers wonder if running as a political outsider was a mistake for such an experienced politician.

"The miscalculation that Walker may have made is getting in (Donald) Trump’s lane to begin with," said Molly Ball, a political writer for The Atlantic. "That meant he was in danger of having his votes sucked up by Trump and by (U.S. Sen.) Ted Cruz and the non-politician candidates, (Ben) Carson, (Carly) Fiorina."

"When your campaign's having trouble, those troubles build on one another." - Charles Franklin

But strategy is only part of the problem, said Charles Franklin, director of the Marquette Law School Poll.

"When your campaign's having trouble, those troubles build on one another," said Franklin, citing controversies that Walker has created over birthright citizenship and security at the U.S. border with Canada.

Walker has staked his candidacy to a strong showing in the Iowa caucuses. Trump and neurosurgeon Ben Carson now lead the polls there, with Walker back in the middle of the pack.

Some establishment Republicans doubt Trump, Carson, or businesswoman Carly Fiorina can win the GOP nomination because they've never won elected office. Among the group of experienced politicians -- including Walker -- there is no frontrunner, Franklin said.

Walker will have an opportunity to impress in front of millions of voters during the CNN debate scheduled for Sept. 16.

CNN changed its criteria to allow Fiorina into the debate, meaning there will now be 11 people up on stage fighting for time.