The announcement comes just days after Terry Witkowski shared plans to resign by the end of the month. 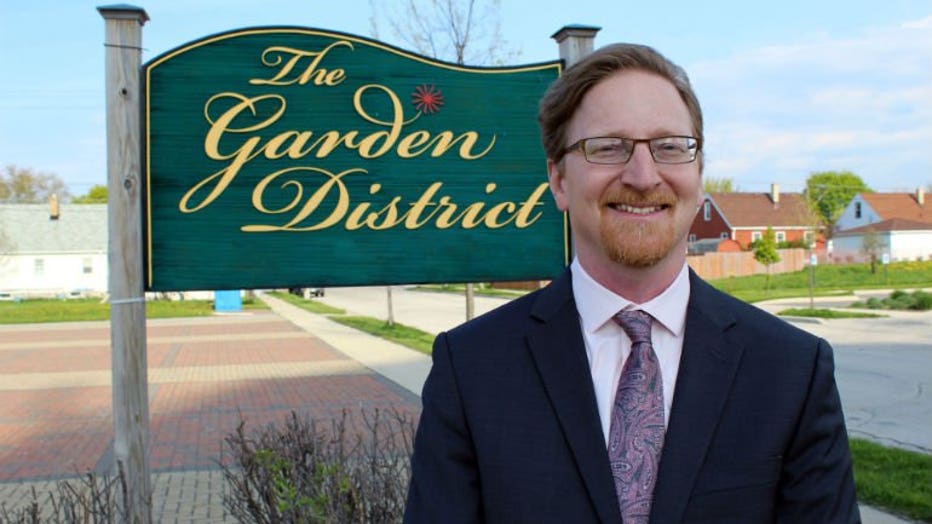 Spiker is running on a platform of keeping streets safe and pothole free, making sure investments downtown does not come at the cost of neighborhoods, and being a good steward of taxpayer's dollars.

He has served as Witkowski's legislative aide since 2015.

"Today, I am happy to announce that I am running to be the next alderman of the 13th District, better known as the Garden District. I do so with a healthy sense of respect for the size of the shoes I look to fill. Before Alderman Terry Witkowski, there literally was no Garden District. In his fifteen plus years of stewardship, Alderman Witkowski brought people in the district together and established a record of accomplishments that should give any successor pause.

I have known Terry since 2007 when, with his help, I brought people together in my own neighborhood by founding and serving as the first president of the Wilson Park Neighborhood Association. Since 2015, I have served as his legislative aide, where I have attended countless neighborhood meetings and taken thousands of phone calls and emails from constituents. There is no better way—to my mind—to get to know a district, than to speak to its residents each day about the challenges they face and the vision they have for their neighborhoods.

I learned that I have a passion for solving problems and a talent for getting results. I have garnered a reputation for tenaciousness that has served our residents well, finding solutions where others have seen only roadblocks.

Should I be elected, I will continue to be a fierce advocate for the interests of the residents of the Garden District. We are the third-highest taxed district in the entire city, yet at times it feels like we have been neglected in the conversation. I will fight to make sure we have a seat at the table and a strong voice at City Hall.

My experience serving as legislative aide for Alderman Witkowski has also given me a deep knowledge of the workings of city government and the politics behind the scenes, all of which is needed to be an effective alderman. No other candidate will be as ready as I am right now to start leading on day one.

My priorities for the district include keeping our streets safe and pothole-free, making sure investment downtown does not come at the cost of the neighborhoods, being good stewards of the taxpayer’s dollars, and ensuring we maintain the quality-of-life events and activities that make the Garden District not only unique, but a great place to live, work, and do business. And I promise you this: No other district in the City will see the level of attention to constituent services that I will provide.

I have worked with every business group and neighborhood association in the district. I have spent years building the relationships, acquiring the knowledge, and garnering the trust needed to be an effective alderman. I look forward to the opportunity to continue to serve my friends and neighbors in the Garden District. Let’s keep our garden growing!"

Spiker joins a pool of other alderman hopefuls including Jacob Kreig, Patricia Torres Najera, and former state Rep. Josh Zepnick, who was ousted from his seat after sexual misconduct allegations.