NOBLESVILLE, Ind. — A male student opened fire at a suburban Indianapolis middle school Friday morning, wounding another student and a teacher before being taken into custody, authorities said.

Seventh-grader Ethan Stonebraker said the science teacher likely prevented even more injuries by confronting the shooter, who he said pulled out a gun and opened fire after walking in late while the class was taking a test. 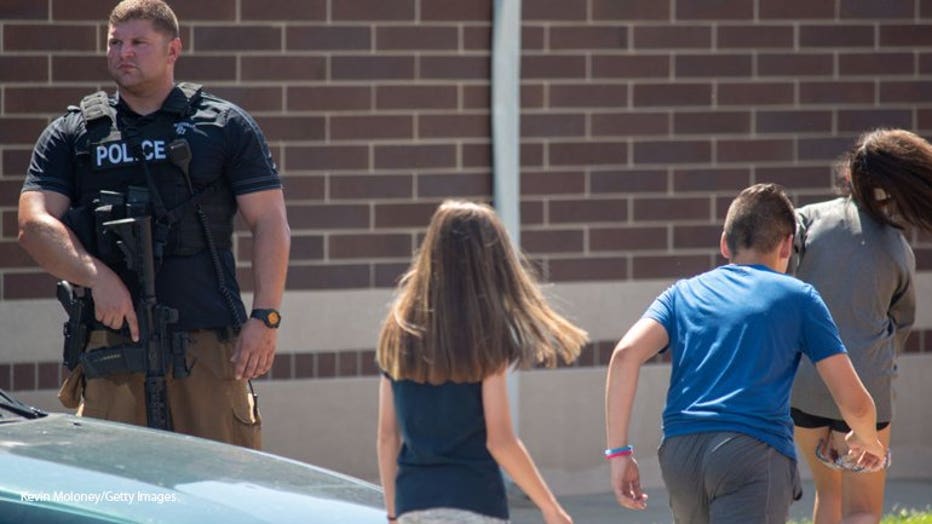 "Our science teacher immediately ran at him, swatted a gun out of his hand and tackled him to the ground," Stonebraker said. "If it weren't for him, more of us would have been injured for sure."

The attack at Noblesville West Middle School happened around 9 a.m., police Chief Kevin Jowitt said at a news conference. He said investigators believe the suspect acted alone, but didn't detail what happened or the severity of the injuries to the victims, who were taken to hospitals in Indianapolis. The identities of those involved weren't immediately released.

Indiana University Health spokeswoman Danielle Sirilla said the teacher was taken to IU Health Methodist Hospital and the wounded student was taken to Riley Hospital for Children. She didn't know the seriousness of their injuries. 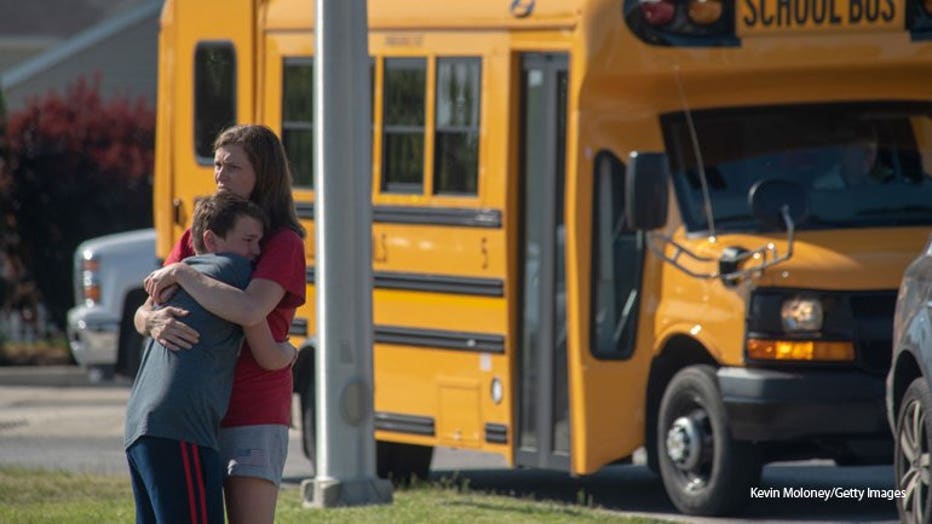 After the attack, students were bused to the Noblesville High School gym, where hundreds of parents and other family members arrived to retrieve them.

Eighth-grader Chris Navarro said he was inside an auditorium when he counted hearing 16 gunshots about a minute before the bell rang for the change in classes.

"The speaker came on and said we were on lockdown and people rushed in and we went to the back of the room. I went into this little room in the back with three other people," he said calmly standing between his parents as they picked him up.

Erica Higgins, who was among the worried parents who rushed to get their kids, told WTHR-TV that she learned of the shooting from a relative who called her at home.

"I just want to get my arms around my boy," she said. 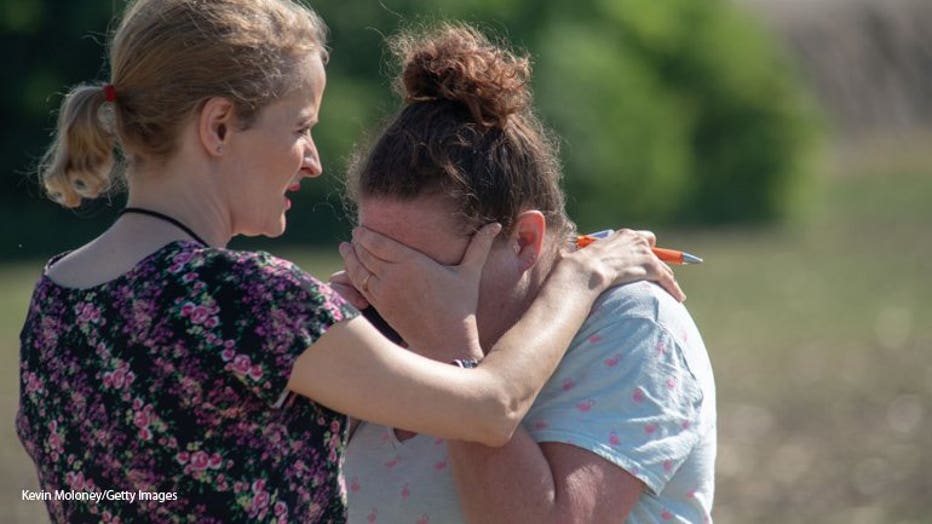 NOBLESVILLE, IN - MAY 25: Substitute teacher Joanie Lynne, (L) consoles instructional assistant Paige Rose outside Noblesville West Middle School after a shooting at the school on May 25, 2018 in Noblesville, Indiana. One teacher and one student were

Higgins said her son was shaken up but knew little about what happened.

"I got a 'Mom, I'm scared' text message and other than that, it was 'come get me at the high school,'" Higgins said.

Gov. Eric Holcomb, who was returning from a trip to Europe on Friday, issued a statement saying he and other state leaders were getting updates about the situation and that 100 state police officers had been made available to work with local law enforcement.

"Our thoughts are with all those affected by this horrible situation," Holcomb said.

Noblesville, which is about 20 miles (32 kilometers) northeast of Indianapolis, is home to about 50,000 people. The middle school has about 1,300 students from grades 6-8. The school's academic year was scheduled to end next Friday.

The attack comes a week after an attack at a high school in Santa Fe, Texas, that killed eight students and two teachers, and months after the school attack that killed 17 people in Parkland, Florida. The Florida attack inspired students from that school and others throughout the country to call for more restrictions on access to guns.

Indiana's Senate Democrats issued a statement in response to Friday's school shooting expressing their condolences to the victims and calling for steps to prevent such shootings, including restrictions on guns.

The following statement was issued by the school district:

“Today an unfortunate shooting at a school has occurred in Indiana. State Superintendent Dr. Jennifer McCormick is in contact with the Indiana Department of Homeland Security and is actively monitoring the situation. We have confidence in Noblesville Schools Superintendent Dr. Beth Niedermeyer and her team, law enforcement, and first responders. The Department stands ready to provide guidance and support, and we will provide further statements as information unfolds.”