(CNN) -- The Galaxy S4 mini, a slimmed-down version of Samsung's flagship smartphone, is on its way, the company announced Thursday.

Widely rumored after an accidental leak, the company confirmed that the mini will be one of the products rolled out at a Samsung event in London on June 20.

On the heels of a hot start for the Galaxy S4, which the company says sold 10 million units in less than a month, the Korean gadget-maker seems to be homing in on the rival iPhone with a handset that promises to be easier to grip than its bulkier cousins in the Galaxy line. 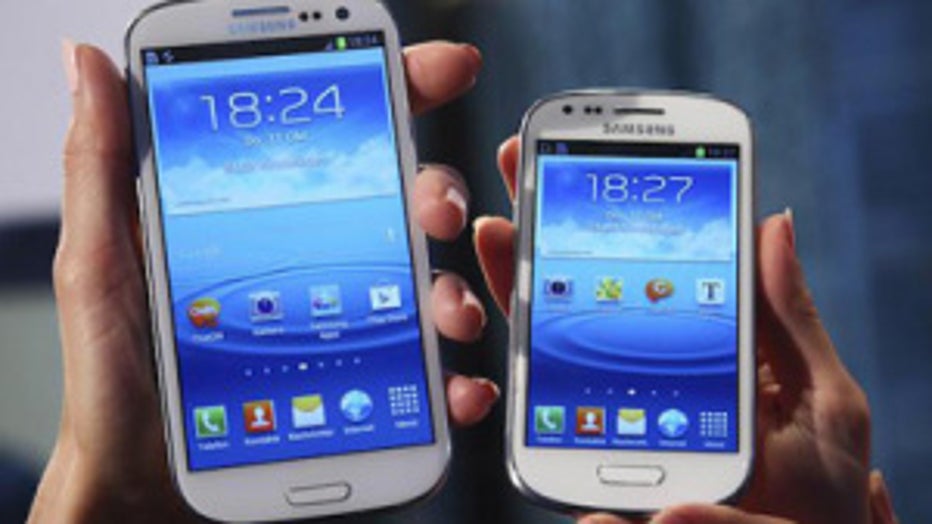 The Galaxy S4 has a 5-inch screen, while Samsung's Galaxy Note II "phablet" has a whopping 5.5-inch display.

"We want to give people more choices with Galaxy S4 mini, similar look and feel of Galaxy S4 for more compact and practical uses," J.K. Shin, CEO and president of Samsung's mobile division, said in a blog post.

The new phone will feature an 8-megapixel rear-facing camera (down from the S4's 13 megapixels) and 2-megapixel front-facing camera. It also will come with 8GB of internal memory, running up to 64GB if, as with the S4, the user adds an available memory microchip.

It will be a sleek 9mm wide (.35 inches), a hair wider than the iPhone 5's 7.6mm (.3 inches), and run the latest version of Google's Android operating system, Jelly Bean, with a 1.7 Ghz dual-core processor.

The device will come in either white or black. No price or release date was announced.

The announcement further illustrates the divergent mobile strategies of Samsung and Apple. While the Cupertino tech giant fine-tunes a single phone, Samsung floods the zone with a variety of models, ranging from low-end handsets to its more upscale Galaxy line.

"Samsung's overall smartphone strategy is about producing scores of iterations at various price points and screen sizes in order to saturate the market with as much of its hardware as possible," Natasha Lomas wrote for TechCrunch. "(It's) a strategy that, coupled with its massive marketing budget, continues to be extremely successful for the Korean electronics giant, making it far harder for other Android (makers) such as HTC to compete with their far more modest device portfolios."