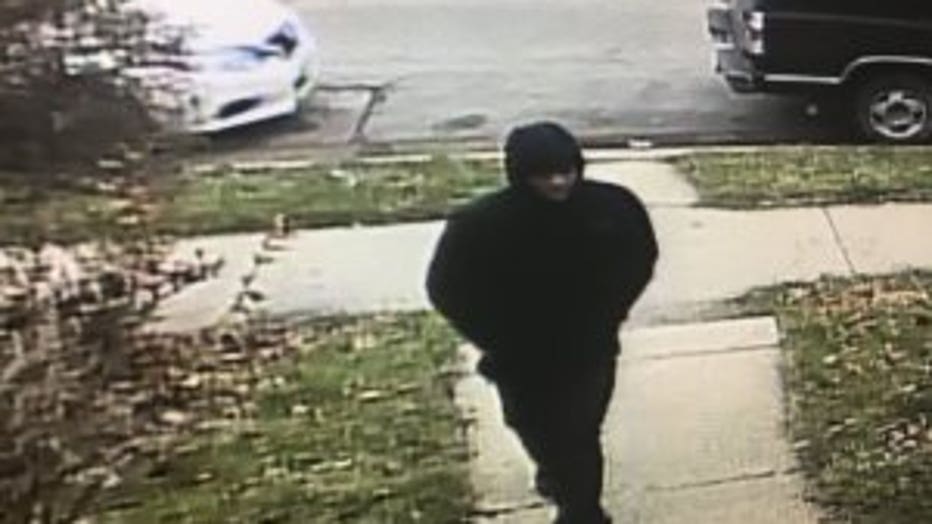 WEST ALLIS/MILWAUKEE -- Porch thieves strike again! This time it happened in West Allis, and this wasn't their first go at it. Police believe the latest theft was committed by the same people who stole from a Milwaukee home earlier in the week.

From the looks of the criminals captured on surveillance video, they know exactly what they're doing.

Their latest stop was near 81st and National in West Allis on Saturday, December 23rd. The video shows a white Nissan pulling up, and then a man hopped out, grabbing a package off the front porch of Mark and Pam Wilson's home.

"It wasn't a lot of money, but it's still money," said Mark Wilson, package theft victim. "You just feel violated." 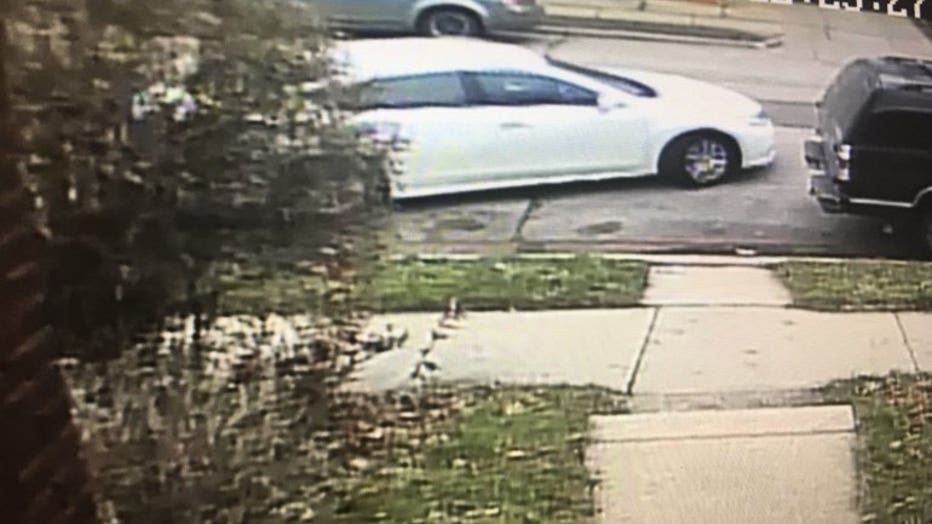 The thieves didn't stop there. As they started to drive away, the video shows the vehicle pulling into another driveway -- but they were thwarted when a neighbor returned home. 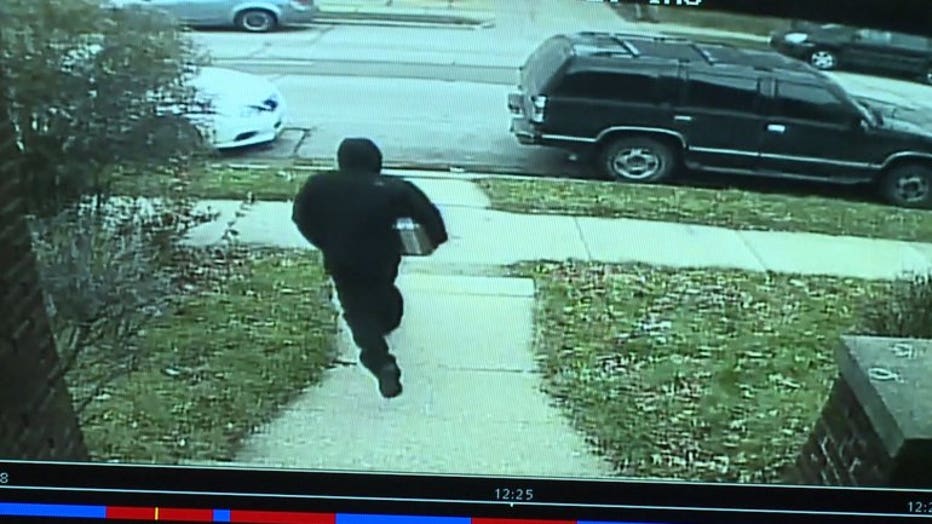 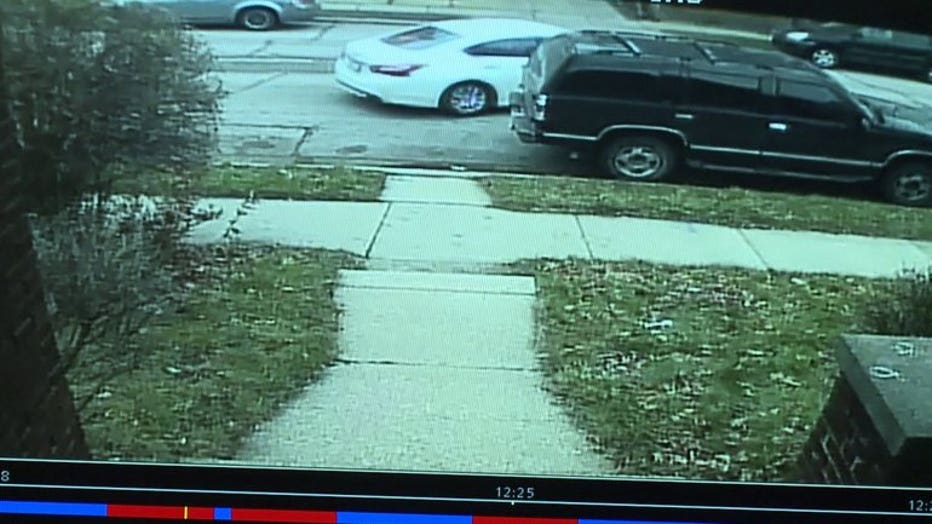 "And then away they go," Pam Wilson said.

West Allis police believe the criminals are the same people who targeted a Milwaukee home near 57th and Lloyd on December 19th.

"It took them maybe 30 seconds to do this theft," said Lori Fritz, package theft victim. 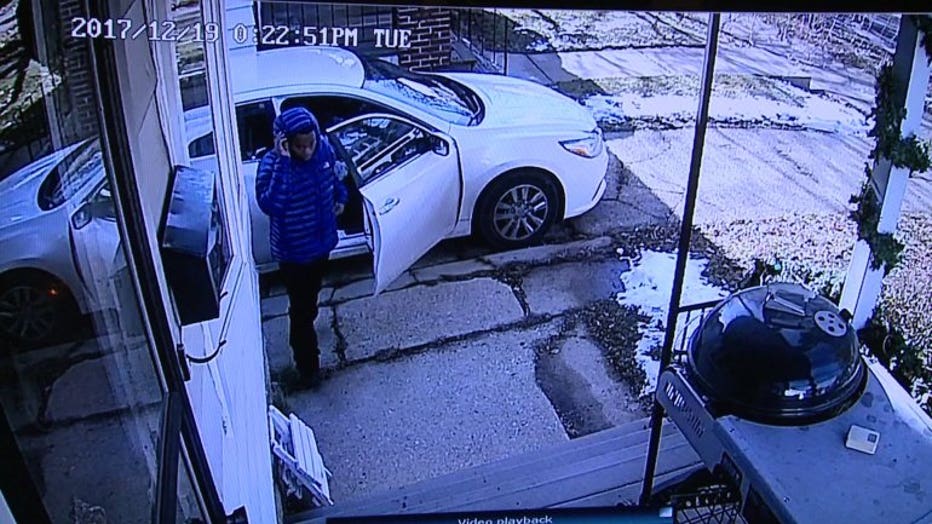 Surveillance caught a suspect in a white Nissan pulling into Lori and Dan Fritz's driveway.

"You've got to watch out for it," said Dan Fritz.

The suspect tried to hide his face, but was clearly caught on camera stealing a package. 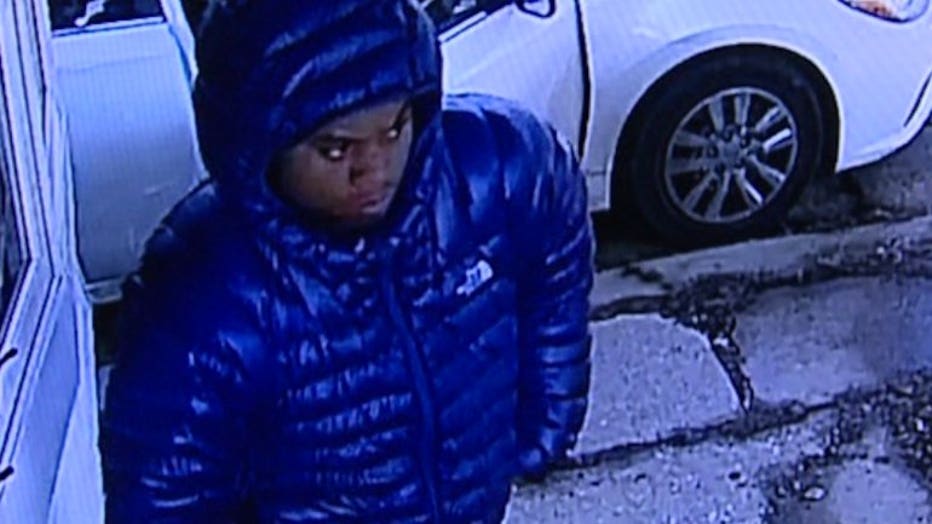 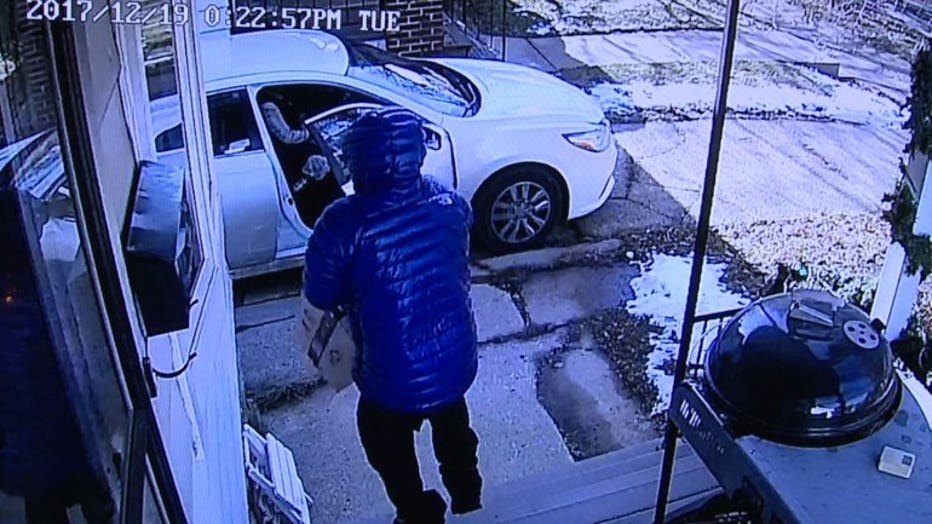 During the holiday season, the victims have at least one Christmas wish: to see the crooks behind bars.

The Wilsons said the thieves got away with some Christmas gifts for friends. If you recognize the car or the suspects, give West Allis police a call. 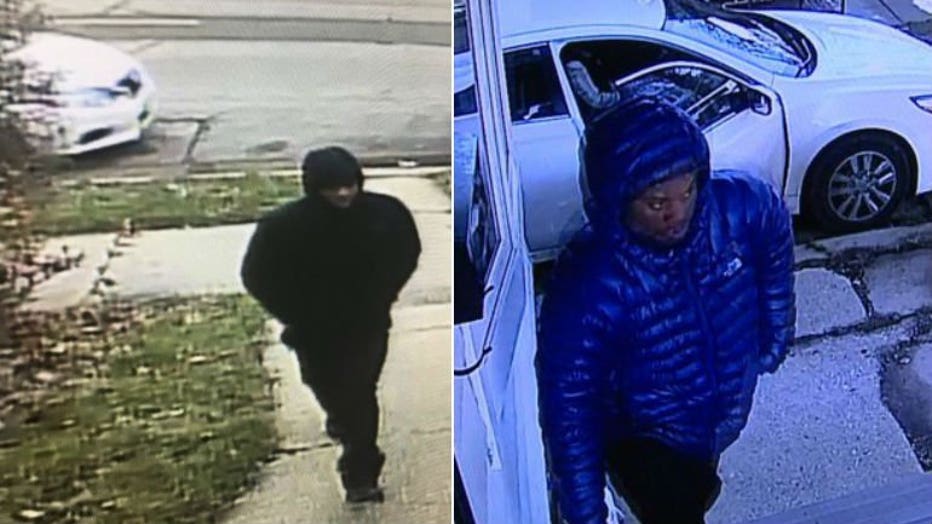