MILWAUKEE -- Funeral plans are being finalized for Milwaukee Police Officer Charles Irvine Jr., who died after a crash near 76th and Silver Spring on Thursday, June 7. Meanwhile, Salvation Army chaplains have stepped up to help Irvine Jr.'s fellow officers, as they mourn his death.

Irvine Jr., just 23 years old, died after his squad car crashed during a pursuit of a reckless vehicle Thursday evening.

On Sunday, June 10, a memorial continued to grow outside MPD's District 4, where Irvine Jr. spent his days as he worked to keep us safe. Salvation Army chaplains have stepped in to help those dealing with this tragedy.

"In 2018, they have used our chaplains more than any other district in the city," said Pastor Alexis Twito, Salvation Army chaplain.

Twito said chaplains with the Salvation Army have formed bonds with police officers. 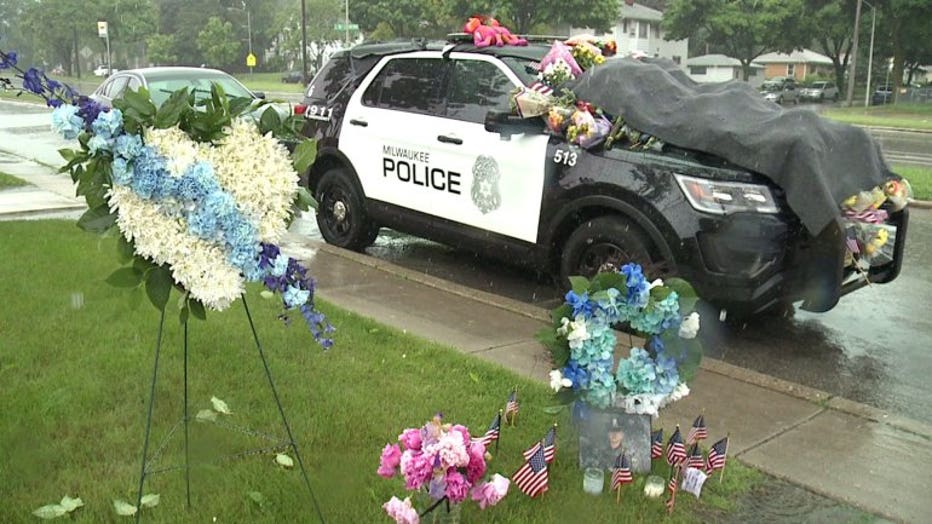 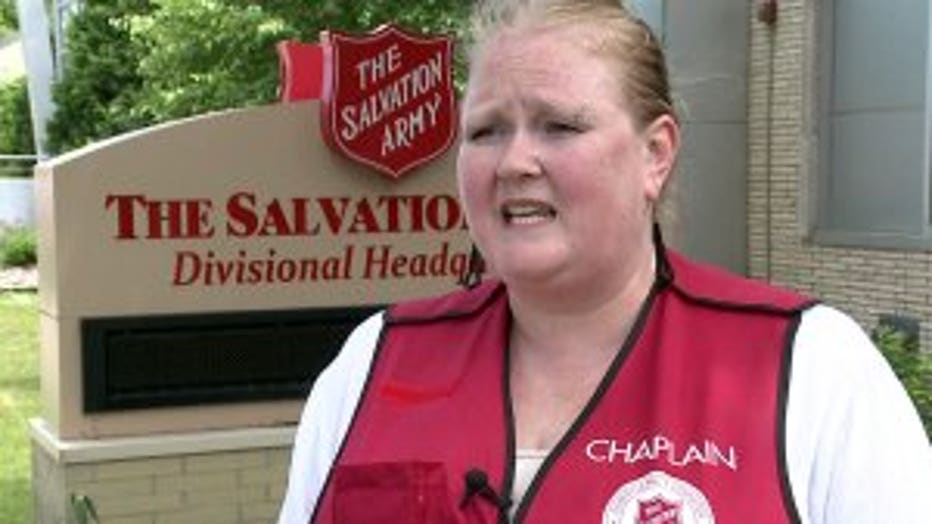 "Many of these officers, we've met and gotten to know a little bit. All of the ways that they've called us to scenes, now we are glad we are able to be there for them," said Pastor Twito.

Chaplains are working to comfort Irvine Jr.'s brothers and sisters in blue -- with his death in the line of duty weighing heavy on members of the MPD.

"As anyone can imagine, they are really torn up about this. They know that any time they go out, they could be putting their lives on the line. Even though you know it, you're never prepared for it," said Pastor Twito.

While countless people have shown their love for the fallen officer with tributes and memorials, Twito said it's vital to also give law enforcement the support and understanding they need.

"We've been encouraging officers to just take the time they need to grieve. How they need to talk to people -- to not keep it all inside and lean into the power of prayer and community," said Pastor Twito.

Chaplains have continued their presence at roll calls for every MPD shift change as well.

Officer Charles Irvine Jr.'s funeral will be next Saturday, June 16 at Elmbrook Church in Brookfield.

“It’s really a family, and when you lose someone, particularly in such a tragedy like this, I talked to the chief in Milwaukee just hours after the tragic accident. I talked to the head of the Milwaukee Police Association. We’ll be there for the funeral this coming weekend and the visitation, not only on behalf of the state, certainly as governor, but also Tonette and I just thinking personally as parents -- this officer was just in between my sons Matt and Alex in age. Graduated the same class as my son Alex. Not too far. He was at Milwaukee Lutheran High School. Our sons were at Wauwatosa East, so just on a personal level, it makes a very personal impact," said Governor Walker.

Charges could come this week against the 28-year-old man suspected of driving the car that was fleeing the officers in this case. Two others were arrested in connection with the case.