President Joe Biden said he is ''convinced'' that Russia's president has decided to invade Ukraine. In the Milwaukee area, people are watching.

In Shorewood – 5,300 miles from the Russian-Ukrainian border – the owner of Russian Food and Gifts joins his customers in closely watching the enfolding crisis.

"A lot of people that we get here, they are just shocked with what is happening, because God forbid something starts, both sides will take causalities, a lot of causalities," Nikolay Rogovskiy said.

Rogovskiy left Ukraine 20 years ago, and is still in touch with family in his homeland and in Russia.

"They don’t want anything to start, any kind of war, because obviously, a huge part of Russia has relatives in Ukraine and vice versa. It would make no sense. It’s like brother going against sister," he said.

"To be honest, I doubt anything is going to happen," added Rogovskiy. 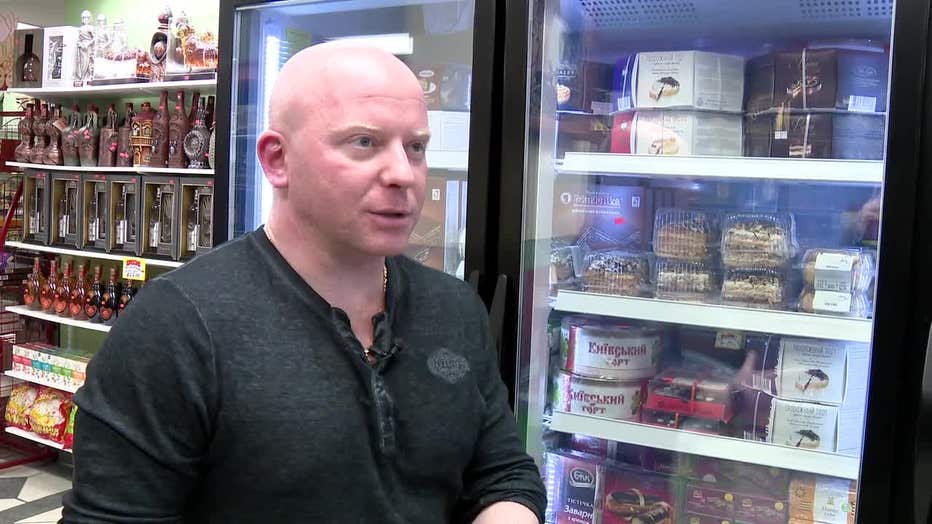 Shopping at the store Saturday was a couple – the wife from Russia and the husband from Ukraine – who is also calling family back home. 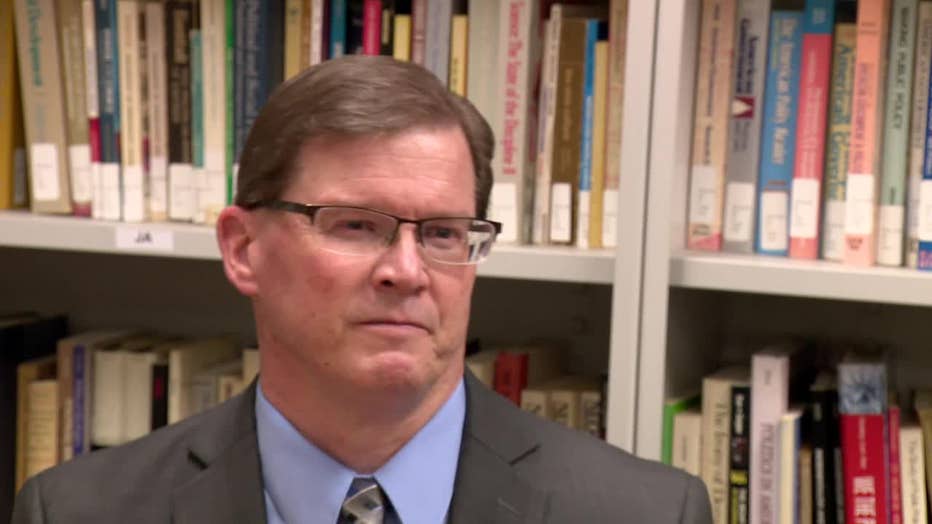 "I think this is real, and this is a build up that goes way beyond making some noise," Barrington said.

Pointing to a map of Ukraine, he added the country is "essentially surrounded on those three sides of the border…They would potentially be trying to push in from all three sides."

What is the impetus for Russian President Vladimir Putin to move more and more troops to the border? Barrington said it is to stop Ukraine from joining NATO, the military alliance of the United States and European countries.

"He believes and really deeply believes in this idea that Russia is a great power, and he needs to reestablish that Russian greatness," said Barrington. "Part of that story is keeping Ukraine in the fold, not letting it join an alliance of countries that he would see as anti-Russian."

If Russia invades, they have to consider the prospects of long-term guerrilla warfare against them. Barrington compares it to the U.S. in Iraq.

With worries about the possibility of war, Wisconsinites join the world in watching and waiting.

"I only pray for the peace. That’s the only thing that I want. I don’t want people to die from one side or the other," Rogovskiy said. "I pray to the God that they just find a diplomatic solution to all that conflict."

The U.S. and its European partners are keeping diplomacy open while threatening heavy sanctions if Russia invades Ukraine.

The investigator leading a review of Wisconsin's 2020 elections is saying he now wants to jail mayors and others if they don't comply with his subpoenas.