MILWAUKEE -- More than 8,000 people are living with HIV and AIDS in Wisconsin, half of that number lives here in Milwaukee. Saturday morning, October 1st, marked the 27th annual AIDS Walk Wisconsin -- the largest fundraising event for AIDS resources in the state. 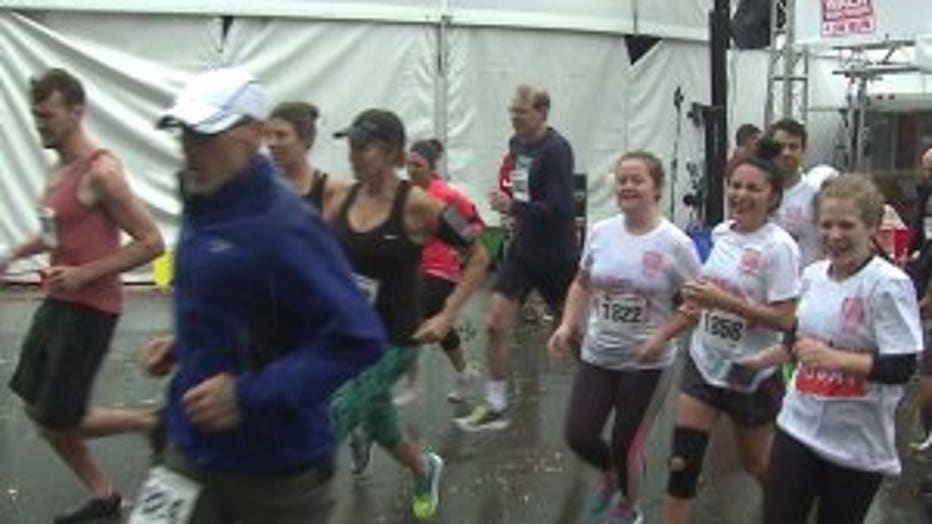 A little rain never hurt anyone...

"It doesn't matter what you look like you just come out and have fun," said Cassie Mrotek, volunteer.

Ignoring a deadly disease is exactly that.

"Absolutely. It's important to remember HIV remains a serious public health threat for all of us. Tens of thousands of people in our state are at great risk for HIV," said Mike Gifford, AIDS Resource Center of Wisconsin (ARCW) president.

By far, Milwaukee has the largest population of residents living with HIV and AIDS in the state. Saturday's AID's Walk brings thousands of people to Milwaukee's lakefront each year. 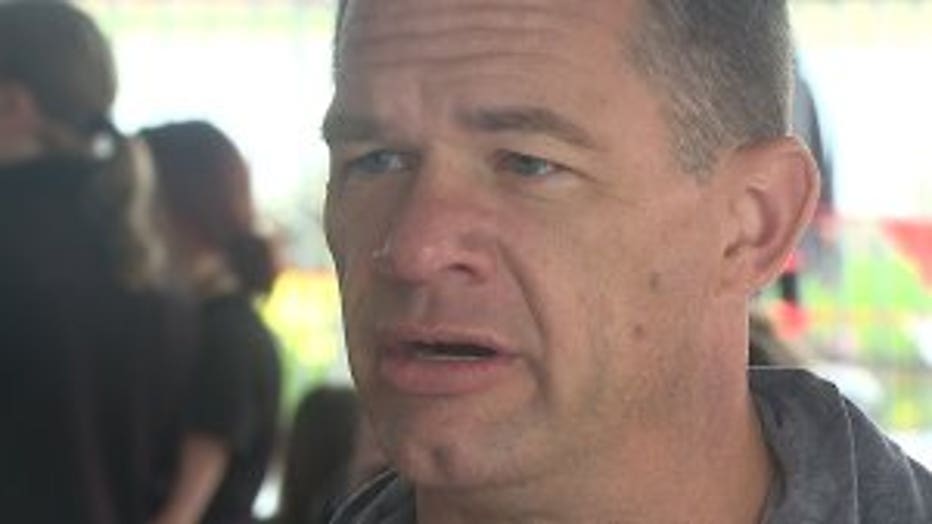 A day of awareness and support kicked off with running in the rain on Saturday.

The run and walk is hosted by the Aids Resource Center of Wisconsin. 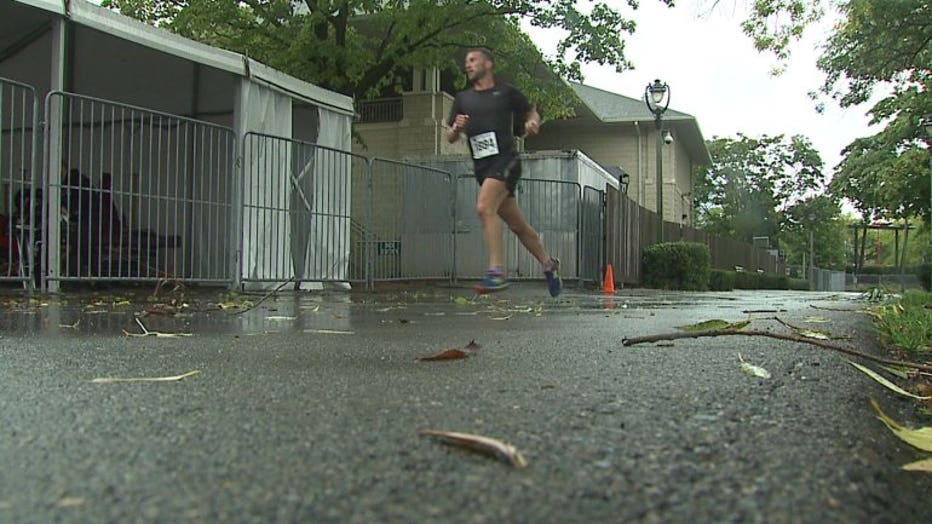 "Raising dollars and raising awareness though AIDS Walk Wisconsin is vital if with are we ever going to achieve a world without AIDS," said Gifford.

Money raised during the AIDS Walk helps residents in the entire state. 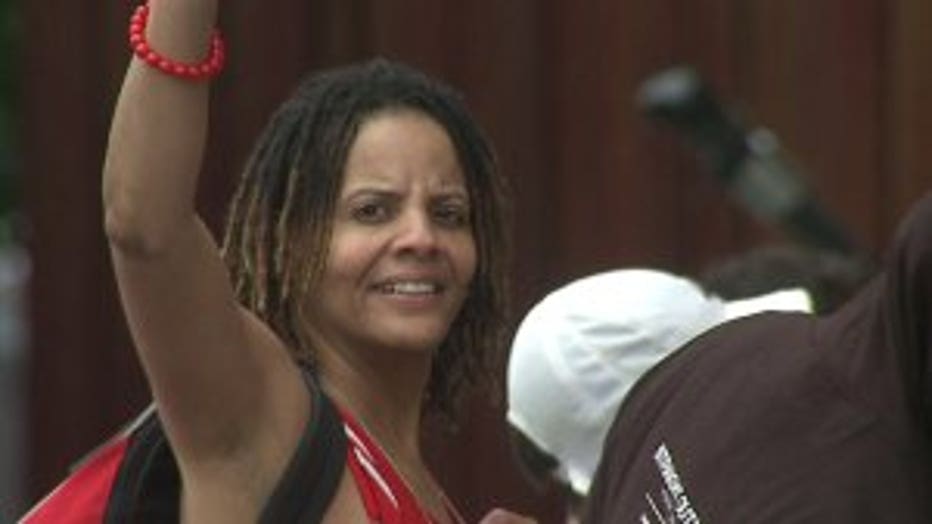 "Make sure that everyone living with HIV has the access to the healthcare and medicine they need to live a long, healthy life -- and hopefully help prevent new HIV infections as well," said Bill Keeton, AIDS Resource Center of Wisconsin.

Cassie Mrotek is a first-time volunteer cheering on the athletes. Mrotek says whether walk or run, by supporting the AIDS cause moves the state forward.

"I just think it's very good to do whatever Milwaukee has to do to be more progressive for the city," Mrotek said.

The largest fundraising event for AIDS resources in the state had the voice of Broadway and TV star Taye Diggs behind them. 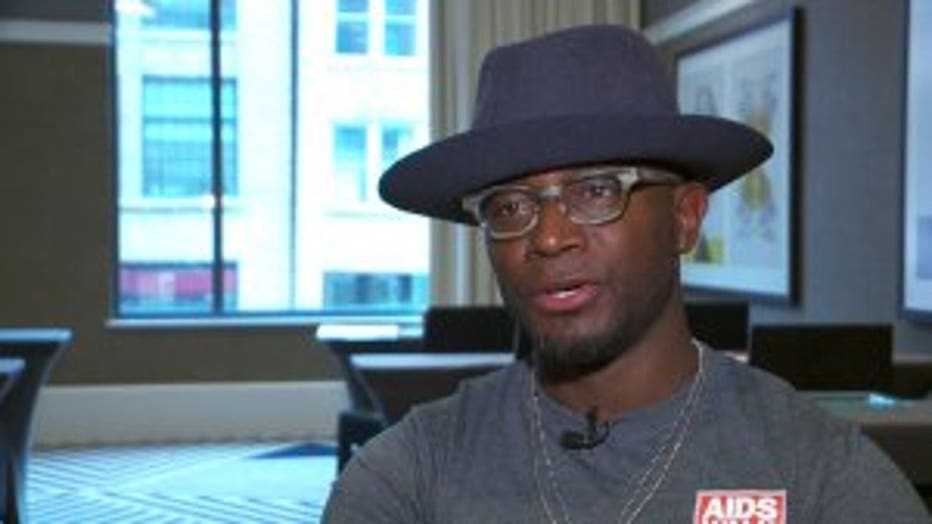 "Unfortunately, this is a situation where it's not as trendy as perhaps other diseases are, so people need to be reminded this is still an epidemic that needs to be dealt with," said Diggs.

Saturday's walk and run raised more than $377,000 for AIDS prevention and treatment. The money will help ARC locations throughout Wisconsin. 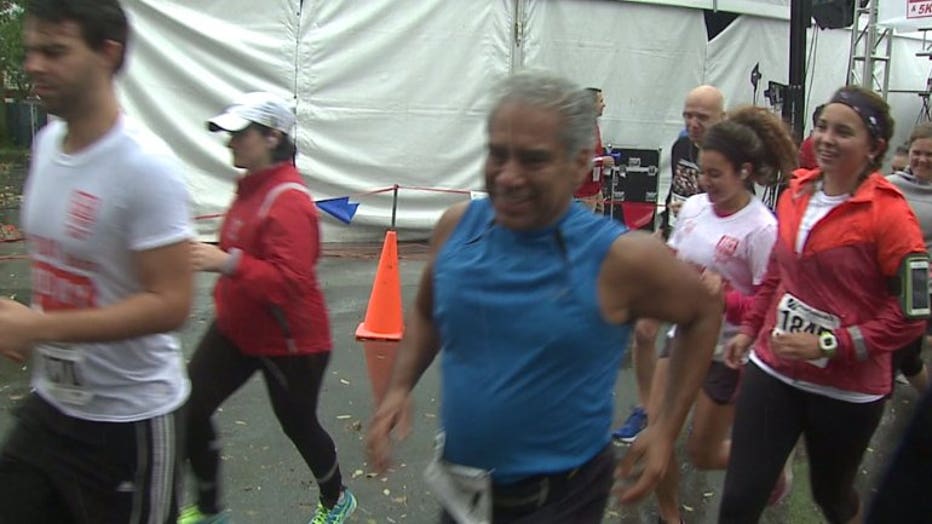