WASHINGTON (WITI) -- “Rudolph the Red-Nosed Reindeer,” the nation’s longest-running and highest-rated Christmas television special “went down in history” -- receiving its "stamp" of approval from the United States Postal Service! A set of four Limited Edition Forever stamps depicting Rudolph, Hermey, Santa and Bumble were created from still television frames from the special which premiered 50 years ago in 1964.

The stamps were dedicated as part of the Postal Service’s Holiday Kickoff news conference at the Smithsonian’s National Postal Museum. 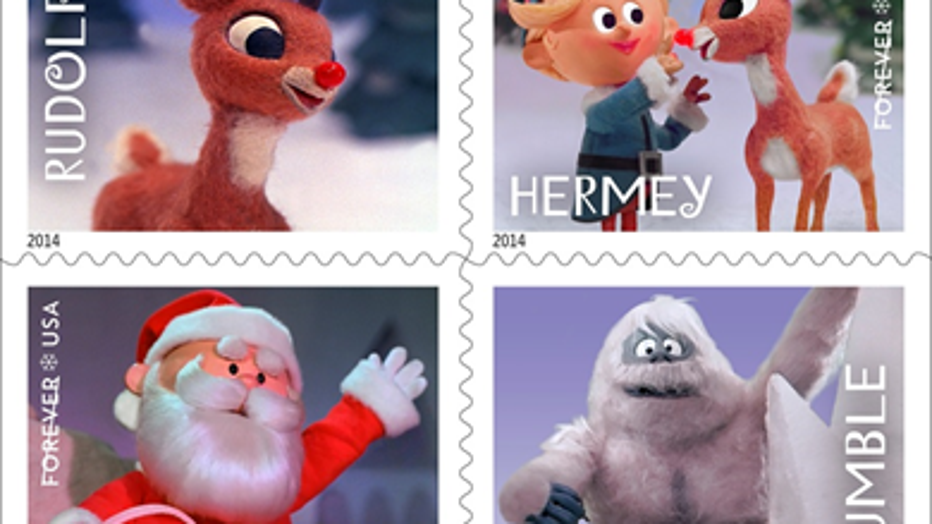 “Rudolph’s story of guiding Santa’s sleigh on Christmas Eve has been revered by families for five decades,” said Postmaster General Patrick Donahoe in dedicating the stamps. “We’re celebrating that milestone by having our fleet of 212,000 ‘sleighs’ deliver Rudolph and his friends on 500 million Forever stamps to nearly 153 million addresses this holiday season.”

The Rudolph the Red-Nosed Reindeer Limited Edition Forever stamps will always be equal in value to the current First-Class Mail 1-ounce price. Customers may purchase the stamps at usps.com/stamps, the Postal Store, at 800-STAMP24 (800-782-6724) and at Post Offices nationwide or visit ebay.com/stamps to shop for a wide variety of postage stamps and collectibles.