Officer accused of roughing up woman in custody

Officer accused of roughing up woman in custody

MILWAUKEE (WITI) -- 30-year-old Thomas Roszak, the Greenfield police officer accused of roughing up a suspect in custody, was found guilty by the court -- and ordered to perform 200 hours of community service and pay a fine of $1,500. Additionally, Greenfield police released video of the incident.

WARNING: The video above may be disturbing for some.

Roszak faced one count of battery in this case.

The criminal complaint in the case said Roszak was working as a Greenfield Police Officer on July 27th when he was participating in the arrest and booking of Amanda Luke — who was under arrest for driving while under the influence of an intoxicant and feeling.

According to Greenfield police, 30-year-old Luke led them on a slow-speed pursuit near 60th and Forest Home in July. An officer saw that she was driving on a rim and tried to pull her over. She kept going — and the officer pursued her for a mile before using his vehicle to force her to stop. 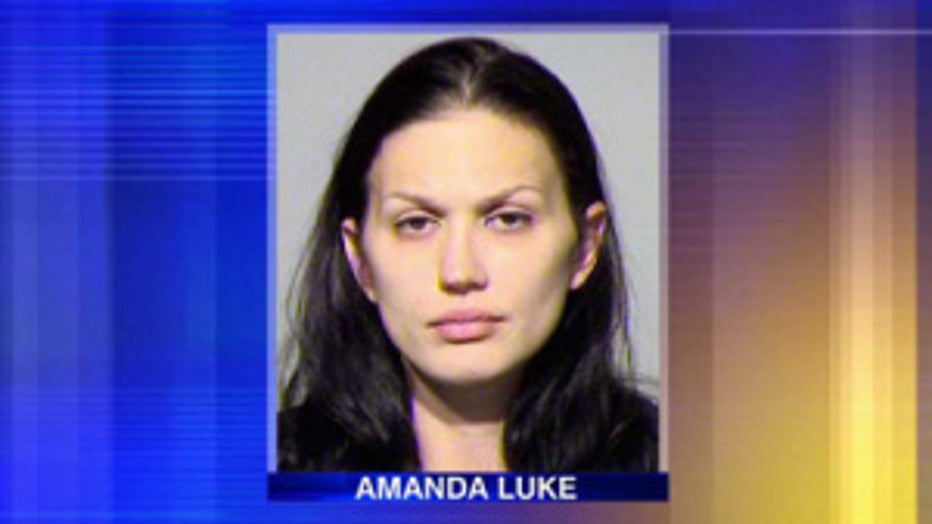 According to reports, Luke, who has three prior drunk driving convictions, refused to take a breath test. So she was arrested and charged with two felony counts of eluding police and driving while revoked.

The complaint says Roszak removed Luke from her holding cell for purposes related to the arrest and booking process.

During this time, Luke made repeated demands to make a telephone call, at which time Roszak ordered her to return to her cell. Luke then placed her hands on Roszak’s chest, and said “I (expletive) hate you,” according to the complaint.

The complaint says Roszak responded by picking up Luke in her torso area with both hands, causing her feet to lift from the floor. He then quickly guided her across a hallway to her cell, where he then flung her into the cell, causing her body to leave the ground and strike a steel stool affixed to the floor of the cell.

As a result, Luke suffered numerous bruises across her body.

"Given the fact that he has no prior record, it is probably appropriate.  My preference in situations like this is that there should probably be some jail time. I suspect if a citizen did that to an officer - obviously they would get jail time," Luke's attorney Jonathan Safran said.

Roszak resigned from the force on November 1st after his suspension. He did not speak to the media after Wednesday's court appearance.

Luke's attorney says his client is considering a lawsuit.