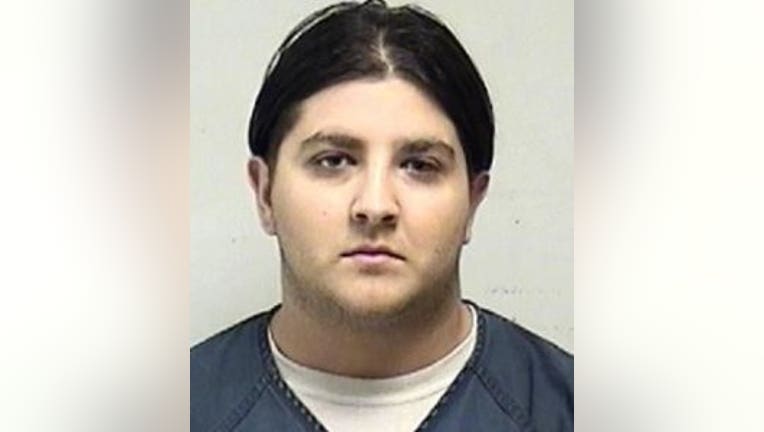 OSHKOSH -- A Romanian national, in the country illegally, was sentence to prison after he was convicted on federal charges in connection with a nationwide ATM skimming operation, after he was busted in Oshkosh in May.

Ionel Moresanu, 18, was convicted in September on four federal charges: possession of 15 or more access devices and three counts of aggravated identity theft.

Additionally, he has been ordered to serve one year of supervised release, and pay $146,721 in restitution.

The federal criminal complaint said Moresanu is a Romanian national in the United States illegally, with deportation/removal proceedings ongoing.

The complaint said a months-long investigation focused on a group of Romanians involved in an ATM skimming scheme. The group, including Moresanu, made unauthorized withdrawals from ATMs in various states, including Wisconsin, Illinois, Missouri, Kentucky, Tennessee and Georgia using counterfeit access devices created from stolen debit or credit card information and stolen PIN numbers.

Federal prosecutors said surveillance video showed skimmers being installed in Tennessee, and members of this group of Romanians, including Moresanu, were caught on camera making withdrawals.

In May, police in Oshkosh received information from the U.S. Postal Inspector in Tennessee that the group was staying at the Motel 6 in Oshkosh, and police were given a description of the suspect vehicle, which was located at that motel. Police surveilled the white minivan with Tennessee plates, as it traveled to a Kwik Trip gas station in Oshkosh. An officer went inside and saw three suspects huddled around the ATMs, seemingly using two simultaneously -- processing several transactions using different cards, being held by Moresanu.

Police waited outside, and when the three suspects came out, an officer announced they were police, and one suspect took off running. That person was apprehended. The complaint said Moresanu dropped a bag he was carrying and took off running, attempting to climb a fence unsuccessfully. He was ultimately arrested. The complaint said 80 different counterfeit access devices were recovered -- with stickers on them with bank names and suspected PIN numbers written on them.

The complaint said Moresanu indicated he used "vanilla gift cards" encoded with stolen information in Oshkosh on at least two occasions, and said he received the counterfeit access devices containing stolen information from a boss of the operation to use at ATMs to withdraw "as much money as possible." He said he usually took out $300 to $400 per card. He identified himself in the surveillance video from Tennessee. He said he flew from LA to Atlanta in May, and then drove to St. Louis, where he obtained 120 counterfeit access devices, and then withdrew money from ATMs, obtaining approximately $5,000. He said he and other Romanians in the group then went to Oshkosh. He said his next job was slated for Louisville, Kentucky.