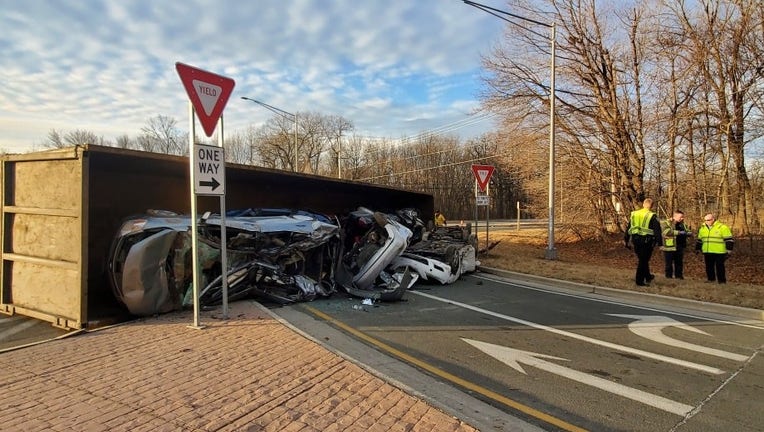 CALEDONIA, Wis. - A rollover accident shut down a Caledonia roundabout at State Highway 38 and County Highway K on Thursday, March 3.

It reopened around 11 a.m. after roughly three hours of cleanup. Police said no fluids leaked into nearby Hoods Creek as a result of the incident.

One person, who was able to walk around after the incident, was taken to the hospital.

A Marquette University Law School poll found support for legal marijuana is at its highest in Wisconsin, and a majority of Republicans favor it.

A shelter in place alert issued Thursday morning for a neighborhood in Fredonia – has been lifted. The alert was in place for over four hours.