OAKLAND, Calif. - With gyms shuttered and streets closed to traffic during the coronavirus pandemic, many Americans are lacing up their rollerskates and whizzing down boulevards to break free from life in quarantine. 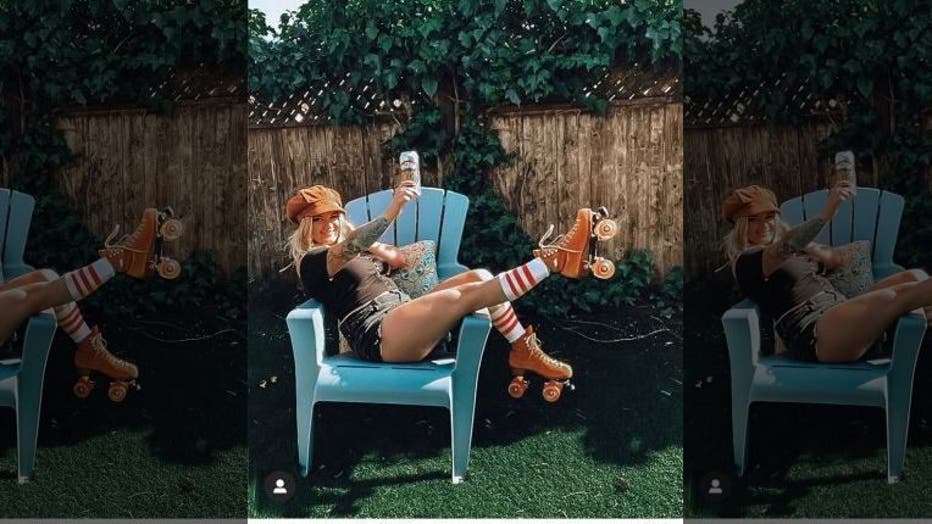 Jackie Mirisciotta of Oakland, Calif. is one of them.

"It's fun," said the 62-year-old woman who was laid off from her job at Rosenblum Cellars. "It's something to do."

She and her boyfriend's 29-year-old daughter, Tess Jeffreys, recently bought high-end skates for about $350 apiece and are zooming around their living room -- maple floors be damned. She's a veteran skater who used to roller dance and skate in Golden Gate Park in the '80s and '90s. Jeffreys is a first-timer, who is simply loving her new, orange suede skates. 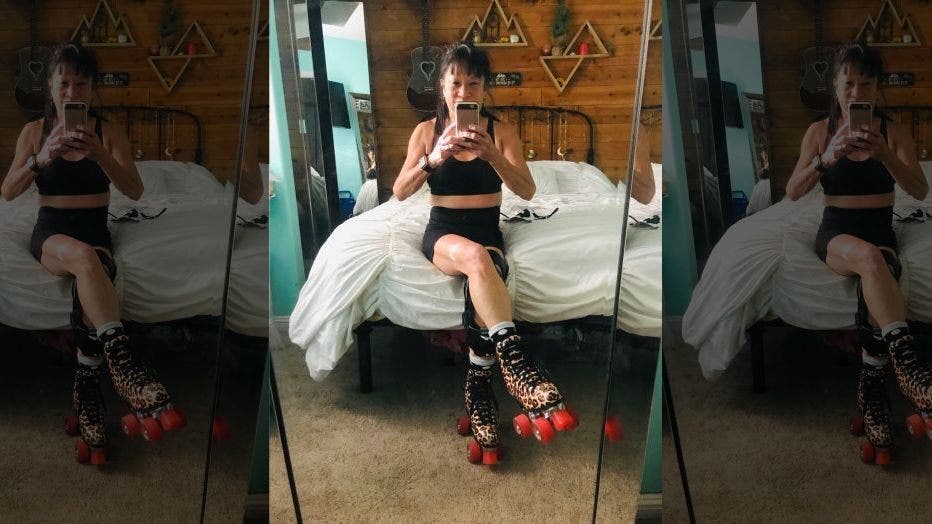 Jackie Mirisciotta, 62, of Oakland dons leopard skates to zoom around her boyfriend's house.

From the East Coast to the West, young and old alike are strapping on skates, trying to make the best of life with no restaurants, gyms, social gatherings and a laundry list of nearly almost everything else that existed pre-COVID-19.

As one person aptly asked on Twitter: "Who knew our society was only one pandemic away from collectively taking up baking, tie-dyeing and rollerblading?"

Companies can attest to the rise in the roller renaissance.

"SALES ARE WAAAAAAAYYYYYY UP! ," she wrote in an email. "It's as if the entire fitness world ditched the gym and got on wheels all at once."

In an interview, she said she's completely sold out of her product and has clients eagerly waiting for skates, which she'll likely be able to produce in four months. Her skates are manufactured in Minnesota and the factory is expected to reopen Monday, after the governor there gave the company a special waiver.

While Steilen said she certainly doesn't want to celebrate the death and economic tolls that coronavirus has wreaked worldwide, for her, it's a "dream come true" that people have discovered how to be physical in a fun, safe and responsible way while yoga studios and fitness centers remain dark. She's now offering skating lessons on YouTube for newcomers, because her skate camps have been canceled.

Joshua "Conan" Pfenning, who represents Antik Skates including the popular Riedell brand, also said sales of outdoor skates and accessories are definitely up. "People are itching for something fun to do together outdoors in their neighborhoods, and roller skating is perfect."

It's been a crazy time since the skating companies are now shorthanded in customer service and shipping staff, while orders have jumped significantly, Pfenning said. In the Bay Area, skates can be bought online or by-appointment-only, curbside pickup at Quad Republic Skate Company in El Cerrito.

Bauer, a company that sells hockey equipment, told ESPN that 250,000 consumers have looked up or searched roller skates on its website in the past six weeks, while the company has seen a 723% year-over-year traffic increase on any content related to in-line skates.

Some of those customers are professional NHL hockey players, like Wayne Gretzky. Others are amateurs like Elliott Aldrich of Oakland. 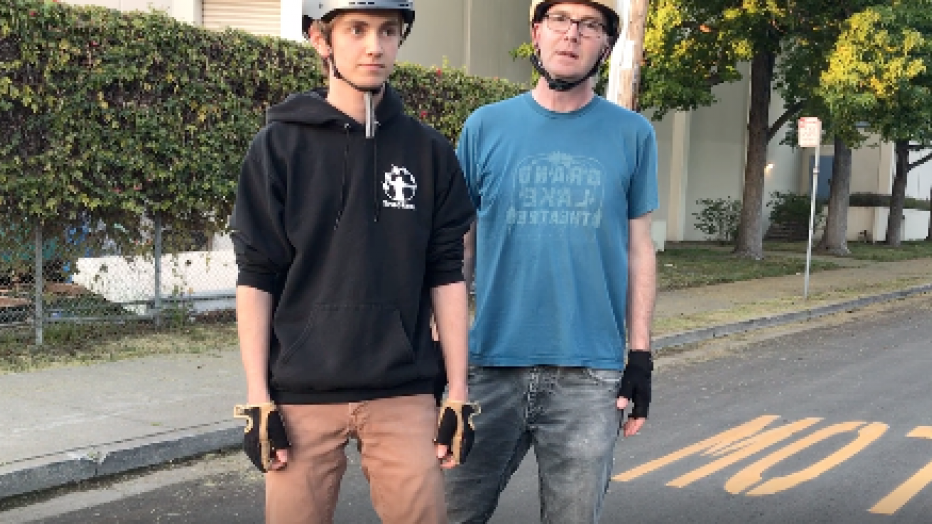 Elliot Aldrich and his son rollerblade in Oakland on a street closed to cars.

Aldrich, a longtime rollerblader, picked up the sport again after being left with few other choices during the quarantine.

He bought a new pair of blades and gave his old ones to his 16-year-old son, Benjamin. Father and son have been blading about every day on 42nd Street at Broadway, one of the 74 miles of streets closed to car traffic in the city, to be able to give bicyclists, pedestrians, and skaters, room to move about freely while social distancing.

"I dusted them off," he said of his old skates. "I'm going every day. Sometimes twice a day."

He said that the freshly paved street right in front of his home is a dream. "It's platinum," he said.

Roller-skating was invented in 1735 by John Joseph Merlin, a Belgian who famously introduced his new wheeled shoes at a party in London.  Its modern-day popularity resurfaced in the '70s as the sport was paired with disco's peppy beat. The roller renaissance lasted well into the 1990s.

But she was totally game to try something throwback. So, the Alameda marketing coordinator bought herself a pair of rollerblades on Amazon on the second day of the stay-at-home order.

"I knew I'd need some exercise," she said.

Nearly every day, she skates around the island, proud of her new abilities and the fact that she's working on mastering a new activity. The quarantine has actually taught her a bit about herself.

"I've pushed myself out of my comfort zone," she said. "I've enjoyed taking the risk."

As for whether she'll keep it up when the stay-at-home order is over? "Yes, definitely," she said.