Joan Baez, Electric Light Orchestra and Yes were also part of the 2017 class inducted at the Barclays Center in Brooklyn, New York, which kicked off with a tribute to Chuck Berry.

The new inductees closed the multi-hour event with a group performance, and before that Pearl Jam electrified with a performance of its well-known songs.

David Letterman inducted the band, and brought a small guitar and letter onstage that he said Vedder gave to his son days before his late-night show ended in 2015. 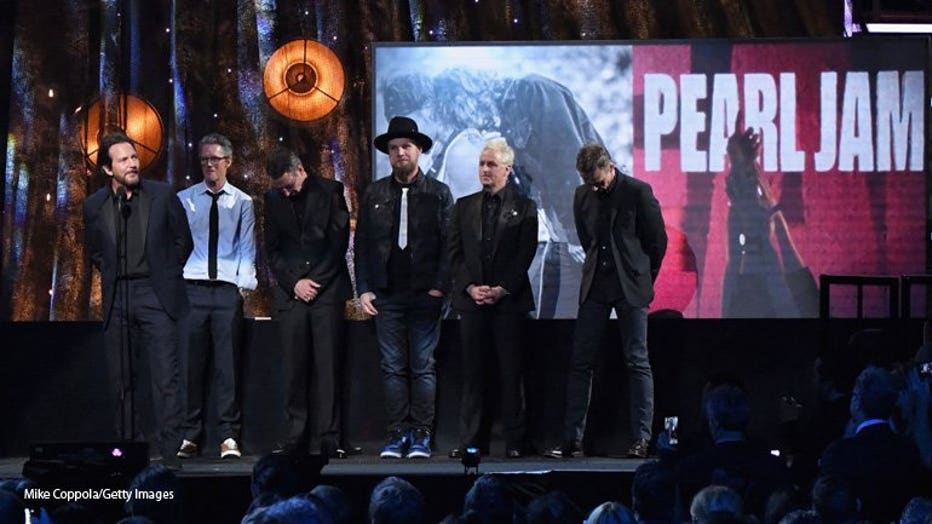 Letterman wasn't the only fan in the room: As Vedder thanked his wife during his speech, one male fan from a seat up high screamed, "I love you, Eddie!"

"Shoot, honey, I thought you were sitting down in the front," Vedder said to laughs.

His wife, Jill, was teary-eyed in the audience as fans continued to cheer.

Vedder also used his speech to discuss climate change, saying "climate change is real, that's not fake news." He also said his daughter Olivia was a big fan of Chance the Rapper, and thanked the Grammy-winning hip-hop star for his charitable contributions to Chicago. 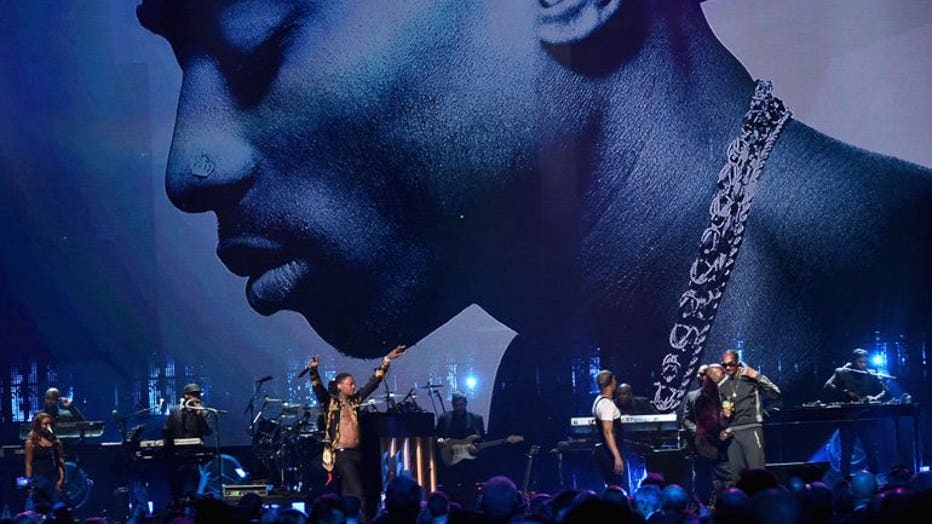 Speaking of rappers, Shakur — who died in 1996 — was remembered by Snoop Dogg with a touching and playful speech.

Dogg, a former label mate and friend of Shakur, says he attended the event to make sure the rapper, actor and poet is remembered as a "strong black man that stood for his."

Dogg, a marijuana enthusiast, also says it was Shakur who first gave him weed. "That's right — Tupac got Snoop Dogg smoking blunts," he said to laughs from the audience. Later, Alicia Keys performed a medley of Shakur's songs on piano, including "Dear Mama" and "Changes."

One of the night's most anticipated performances was Journey's. But despite earlier reports, Steve Perry did not perform with the current Journey members. Instead, Arnel Pineda sang lead as the band performed their hits, including "Don't Stop Believin'." 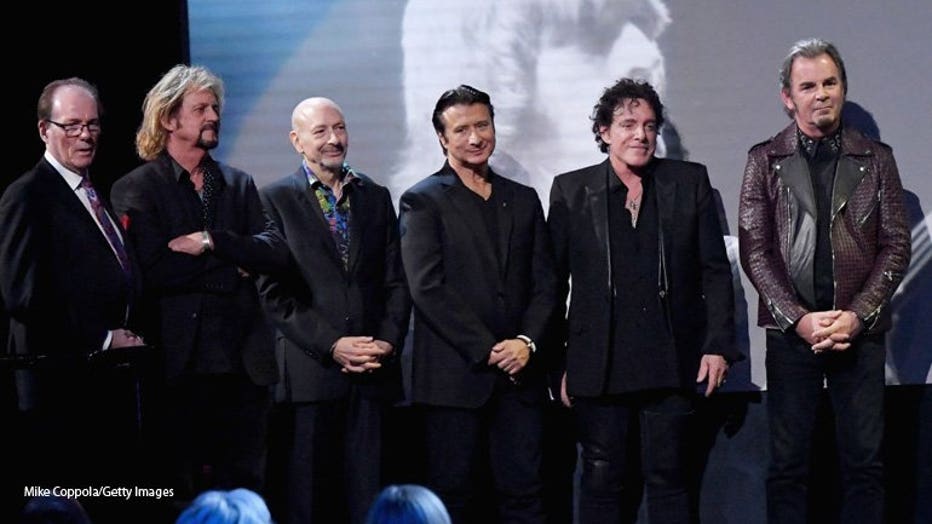 Perry, estranged from the band for many years, did embrace guitarist and co-founder Neal Schon onstage.

"You're the one who put us here," Perry said to the Journey fans, earning one of the night's loudest applauses. "I've been gone a long time but you've never not been in my heart."

Like Shakur and Pearl Jam, Baez and ELO were all elected in their first year as nominees.

Baez, one of folk's most iconic voices, said it felt "cool" to be inducted. She also said earning the Rock Hall honor would help young people learn who she is, and what she's accomplished.

"My granddaughter had no clue who I was until I took her backstage to a Taylor Swift concert," said Baez, who added that her granddaughter took a selfie with Swift and now had "newfound respect for her grandmother."

She was inducted by Jackson Browne, who said the first album he bought with his own money was Baez's second album.

ELO — who kicked off the show with Berry's "Roll Over Beethoven" — and progressive British rockers Yes were also inducted Friday.

"It was 49 years ago tonight I met Chris Squire at a bar," singer Jon Anderson said of the band's founding bass player who died in 2015. "Magic moment."

Berry wasn't the only late legend who was honored: Lenny Kravitz paid tribute to Prince after the "In Memoriam" section with an explosive performance of "When Doves Cry," backed by a choir and beaming purple lights.

Pharrell said kind words about Nile Rodgers, who received a special honor at the event, which will air April 29 as a special on HBO.

To be eligible, all of the nominees had to have released their first recording no later than 1991. Inductees will eventually be enshrined in the Rock and Roll Hall of Fame museum in Cleveland.