Rock, country, and blues — Summerfest Day 4 has it all

Rock, country, and blues -- Summerfest Day 4 has it all

MILWAUKEE -- It's the first weekend for the Big Gig and tons of people poured into the Summerfest grounds on Saturday, June 27th for day four of the world's largest music festival.

From the moment you walk inside you are hit with every sound you can imagine. Rock, country, or blues, Summerfest has it all.

"We're probably going to stop by all of them as we go along," said Anna Sherony, Summerfest attendee.

Tucked behind the loud jams, on a smaller stage is a more laid-back sound with an ever-changing crowd. 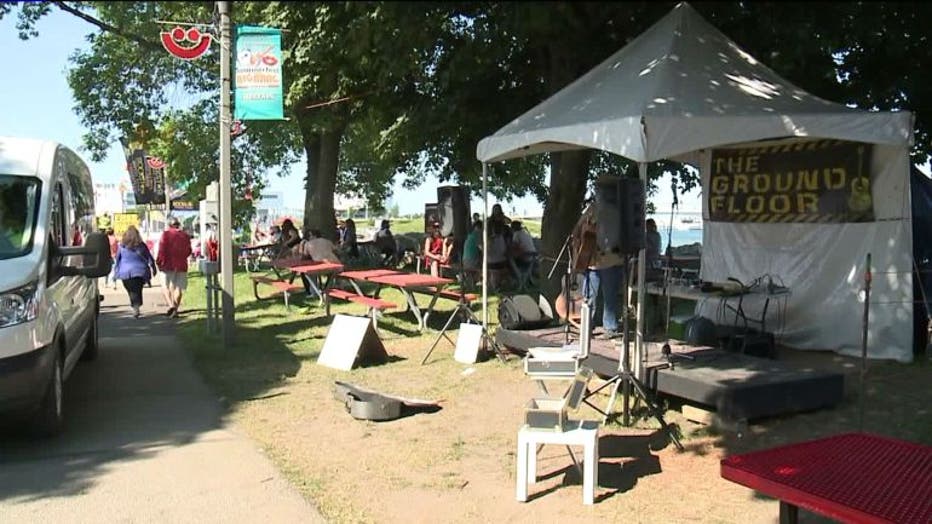 Eugene Gruber is getting exposure and the experience of a lifetime.

"Coming in as a musician and being part of of it, it means the world to me," said Eugene Gruber, musician.

It's a chance to put on a show and interacting with thousands each day performing at the world's largest music festival. 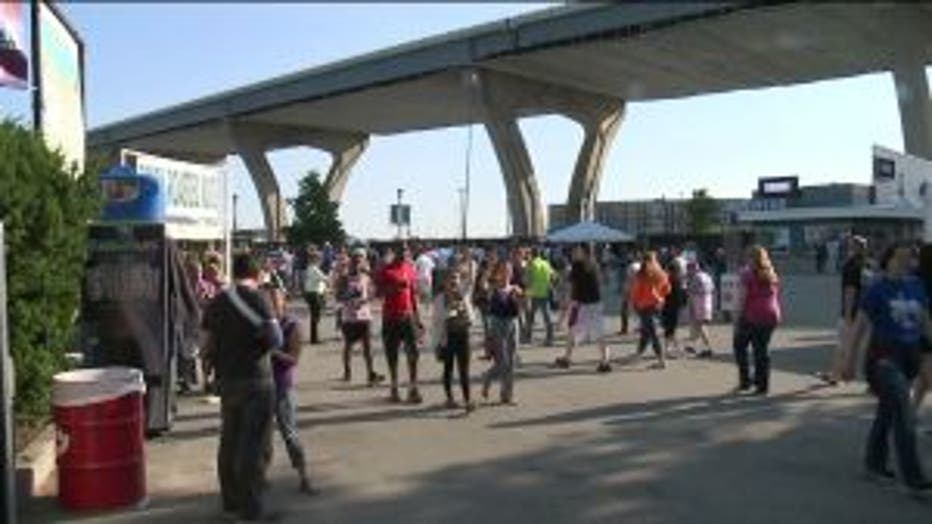 "This is very intimate with the crowd, they get to come in and talk to you," said Gruber.

"Once you can grab one person's attention and one person stops, it's like a magnet -- they all line up. Pretty soon, you have a crowd," said Jon Rouse, Ground Floor Stage.

"I never thought in my entire life that I'd be up here. It's incredible. It's absolutely incredible," said Gruber.

This is actually the first year the Ground Floor Stage is set up.

But there is plenty to see every day.