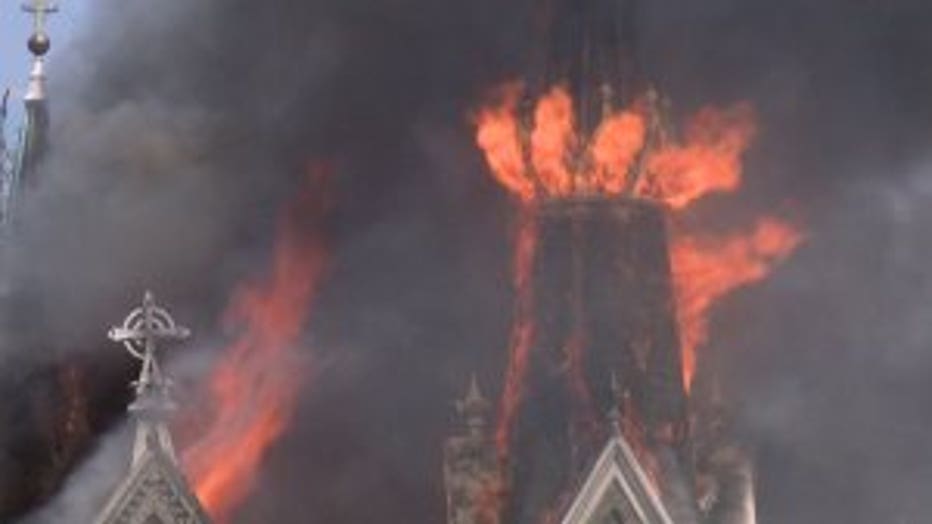 MILWAUKEE -- After a massive fire, on May 15, 2018 at Trinity Evangelical Lutheran Church near 9th and Highland in Milwaukee, steel beams are being used to rebuild it.

Prep work began Monday, May 6 to install the new support system inside the 140-year-old church.

The previous beams, which were made of wood, were charred during the fire and removed.

"Hope, future -- exciting times! It's rising from the ashes, as we've been saying. I've been looking forward to this day since back in January when we pulled out the last of the old charred beams," said Christine Behnke, director of parish education at Trinity Lutheran. 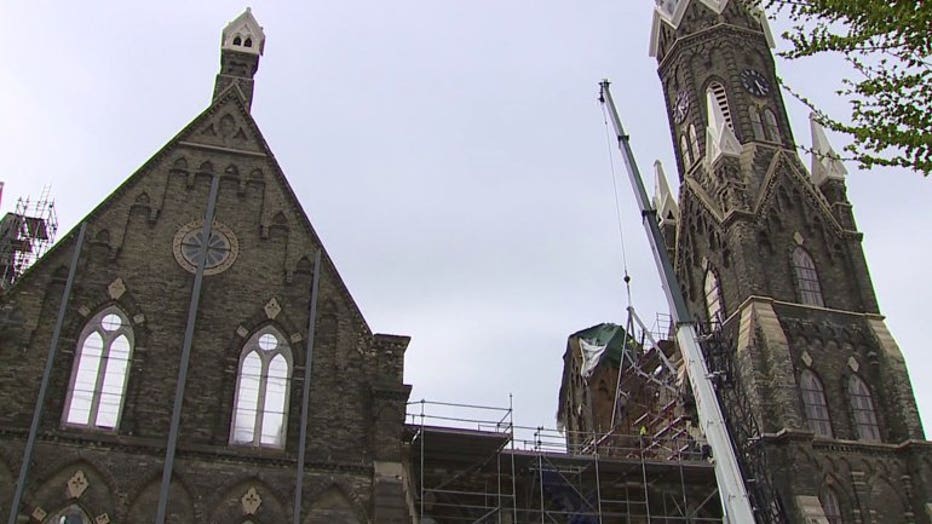 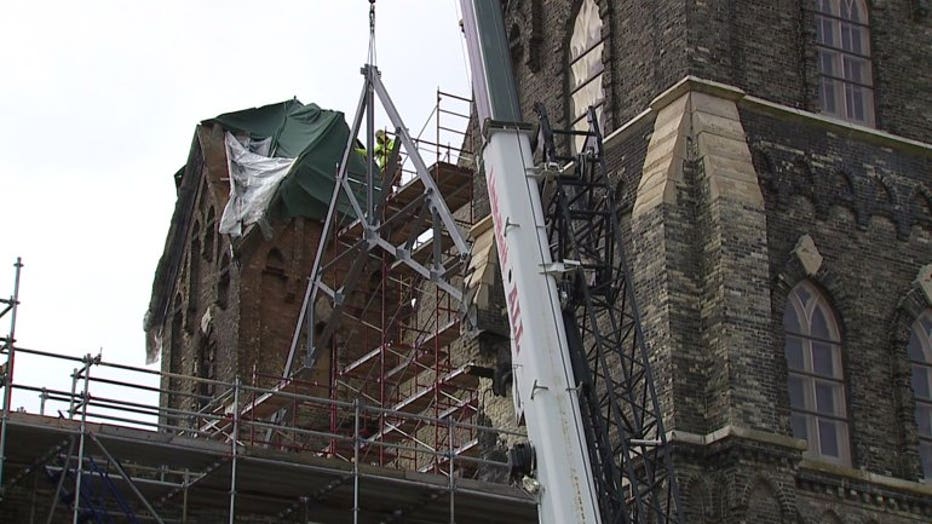 The roof will also have new slate shingles.

MFD Chief Mark Rohlfing said the Trinity fire started on the roof -- which was under construction at the time. It caused $17 million in damage.