Ricky Martin is being accused of domestic violence and incest by his nephew, Dennis Yadiel Sanchez, and the singer’s attorney is denying all allegations.

Ricky Martin is being accused of domestic violence and incest by his nephew, Dennis Yadiel Sanchez, and the singer’s attorney is denying all allegations.

Earlier this month, Martin, 50, was hit with a restraining order during an incident in Puerto Rico, but the accuser's name was originally withheld. According to the Spanish news site Marca, Martin’s brother, Eric Martin, revealed the identity of the accuser as his 21-year-old nephew.

Sanchez recently identified Martin, his uncle, as his alleged assailant.

"Ricky Martin has, of course, never been - and would never be - involved in any kind of sexual or romantic relationship with his nephew. The idea is not only untrue, it is disgusting."

Singer continued: "We all hope that this man gets the help he so urgently needs. But, most of all, we look forward to this awful case being dismissed as soon as a judge gets to look at the facts." 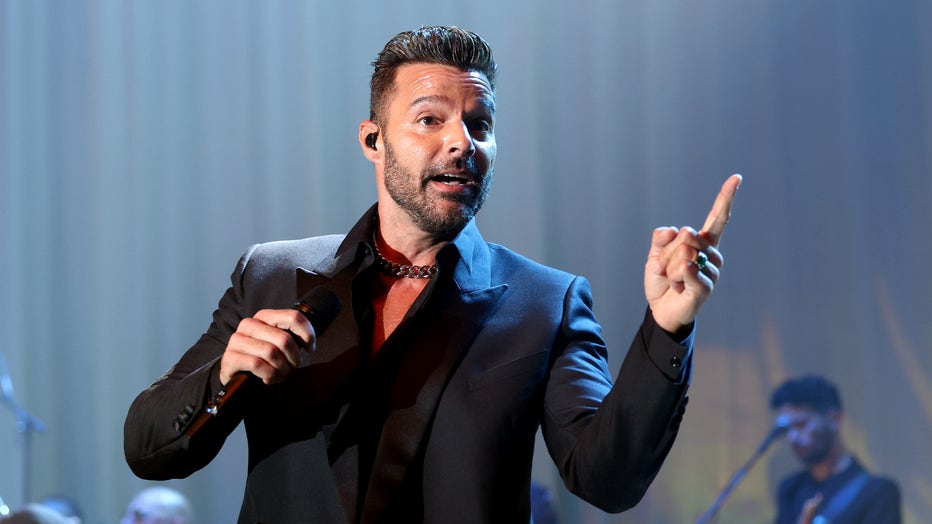 CAP D'ANTIBES, FRANCE - MAY 26: Ricky Martin performs live on stafe during the amfAR Cannes Gala 2022 at Hotel du Cap-Eden-Roc on May 26, 2022 in Cap d'Antibes, France. (Photo by Daniele Venturelli/amfAR/Getty Images)

According to Sanchez, Martin "exercised physical and psychological attacks" against him. Marca reported that the family members were in a seven-month long relationship that ended two months ago. Sanchez is reportedly the son of Martin’s stepsister.

Per Marca, Martin continued to reach out to Sanchez, which resulted in the restraining order being filed in Puerto Rico on July 1.

The outlet noted that incest laws in Puerto Rico could send Martin to prison for 50 years, if the allegations are proven true. The singer is expected to return to Puerto Rico on July 21 for his trial.

Martin appears to be resuming his life as he was seen on set of "Mrs. American Pie" in Los Angeles on Friday.

After the restraining order was filed, Martin took to Twitter to deny the allegations.

"The protection order entered against me is based on completely false allegations, so I will respond through the judicial process with the facts and the dignity that characterize me," he wrote on social media.

"Because it is an ongoing legal matter, I cannot make detailed statements at this time. I am grateful for the countless messages of solidarity, and I receive them with all my heart."