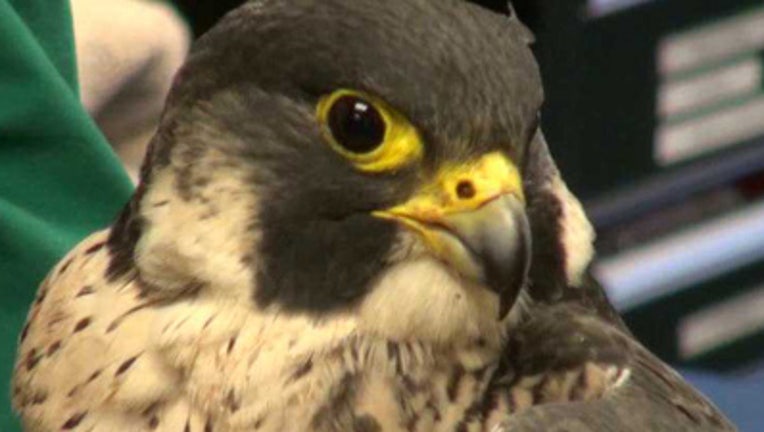 MILWAUKEE (WITI) -- A reward has grown to $10,000 for information leading to the arrest and conviction of the person who shot and wounded an endangered peregrine falcon.

The Humane Society of the United States and the Humane Society Wildlife Land Trust had offered a $5,000. Then on Wednesday, March 12th, Global Conservation Group contributed another $5,000 to the reward fund.

The injured falcon was discovered in a yard outside the Cocktails & Dreams tavern at 55th & Grant in West Allis on Thursday, February 27th.

A part-time employee was in the kitchen, looked out the window and saw near the shed what she thought was a hawk. The peregrine falcon was promptly taken to the Wildlife Rehabilitation Center at WHS for care.

“Madame X,” as the falcon is now known, is in stable condition, but due to the severity of her injuries, her long-term prognosis is guarded. She is suffering not only from internal injuries, but a broken coracoid bone, which could prevent her from ever flying again.

The Department of Natural Resources is actively investigating this case, and anyone with information about the incident should call the West Allis Crime Stoppers at 414-476-CASH (2274).