The Moody Park basketball courts are getting a freshening up.

MILWAUKEE - As the Milwaukee Bucks continue to have success inside and outside the paint on the court – the Moody Park basketball courts are getting a fresh coat of paint that is more than just a few simple brush strokes.

Several community organizations, local artists and volunteers are working together on the project.

"There’s a huge meaning behind it to bring awareness of self-love and mindfulness," said Jamahl Turner, lead artist on the project. 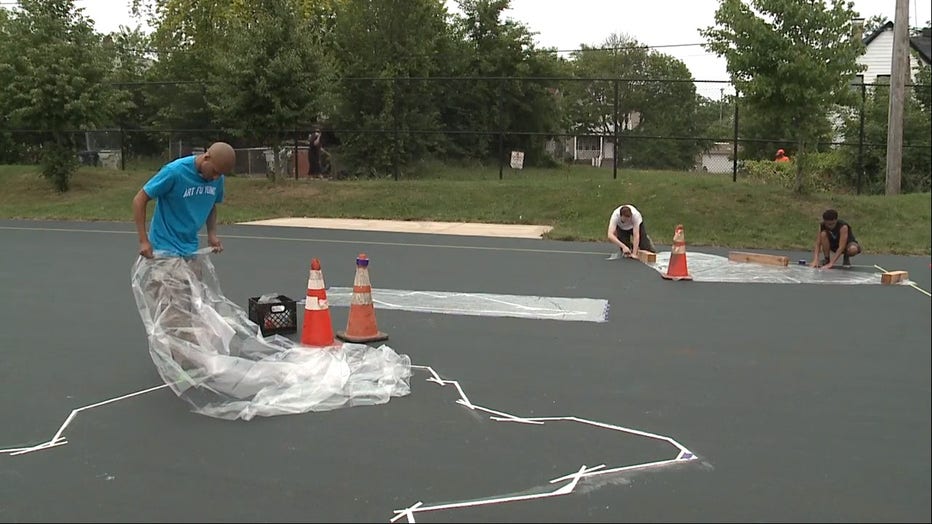 Artist Jamahl Turner, alongside Activate Milwaukee and several local organizations – including the Milwaukee Office of Violence Prevent, Friends of Moody Park and Program the Parks MKE, are revitalizing the Moody Park basketball courts.

"You can see there are actually three different courts here and they all form in a sense when you put the half-court points together, they form a triangle, so the goal is to have each court have its own message and meaning behind it that the kids can take away from," said Turner. 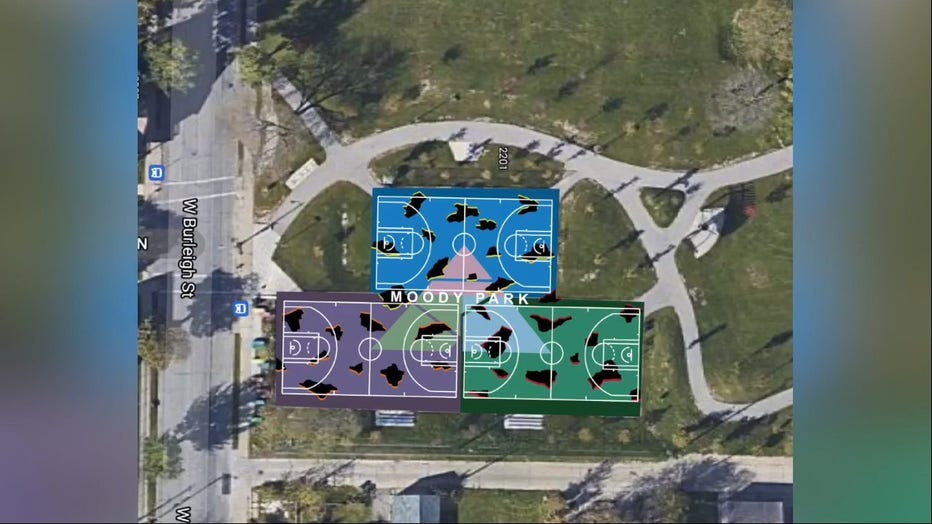 The art is starting a new chapter for Moody Park. Two years ago, this is where 20-year-old Quanita "Tay' Jackson was shot and killed by a stray bullet. Jackson was a community activist also promoting change in Milwaukee.

"This is going to be cherished by our community because a lot of them are already receiving it for the message that it’s for Tay. It’s not just re-painting the court, it’s for Tay," said Turner. 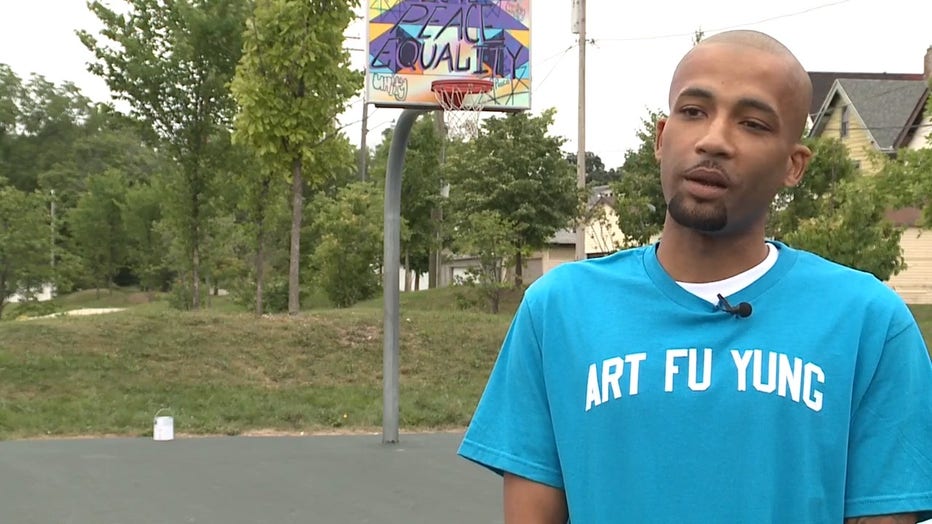 They can't do it alone, they're asking community members to come out and help them paint. To find more information, it's as easy as taking out our phone, scanning the QR code and going to their website.

"The main goal of this to me, as much as that is the mission with this, my main goal is shifting the paradigm with the kids. Re-establishing that value within themselves so they can understand what they can bring to life," said Turner.

Turner says he plans to paint inspirational quotes to create a long-lasting impact. 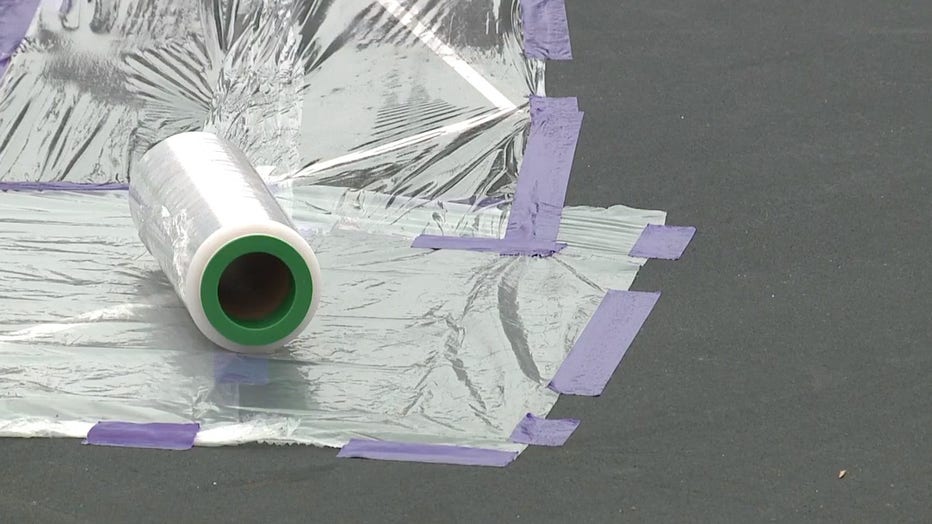 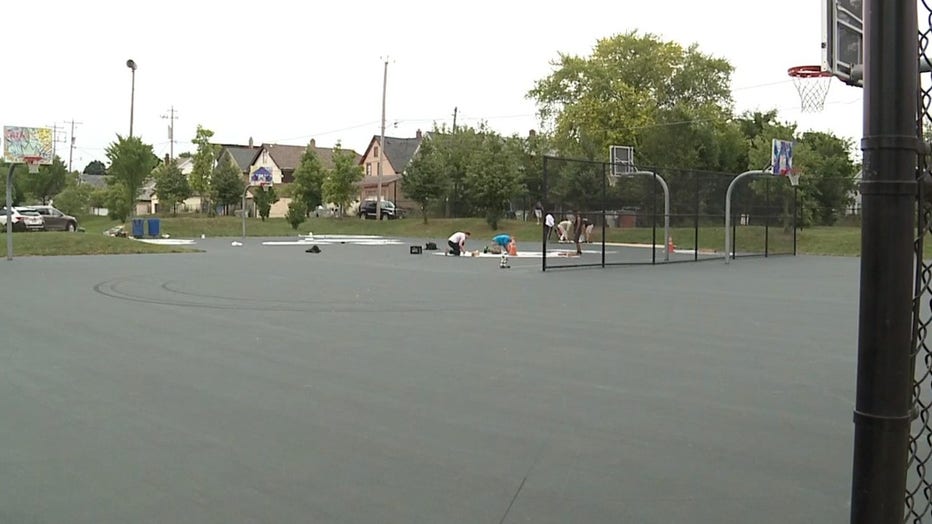 "This is more than just a project. This is that seed we can plant in Milwaukee that can become the change that changes everything," said Turner.

Turner says they plan to finish the project by July 17 – just in time for Game 5. Volunteers are welcome to stop by and help paint the courts anytime from July 14-16.

Milwaukee Mayor Tom Barrett announced a plan to support various housing initiatives across the city totaling more than $30 million. One homeowner has already benefited from one of these programs and said all homeowners should pay attention.