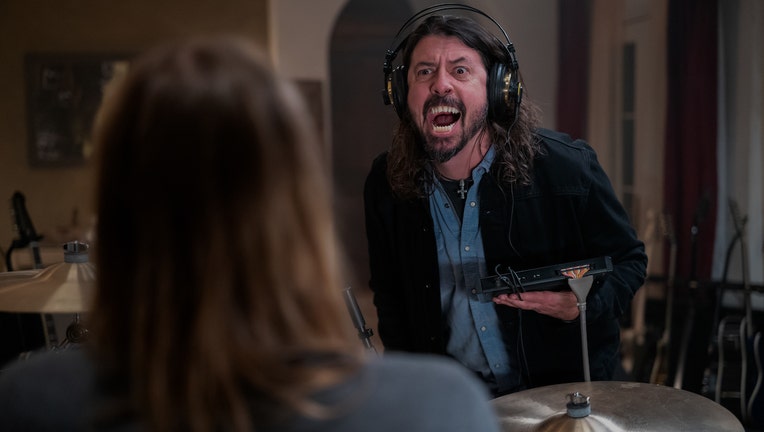 Chicago - The "band movie" is a lost art, one pioneered by The Beatles in "A Hard Day’s Night" and, as this critic dares to argue, perfected with the Spice Girls opus "Spice World." It’s a genre that leans on the popularity of a musical artist or band, letting them play fictionalized versions of themselves in one high-concept story or another, from grounded get-to-the-venue romps to full-on spy capers. Even if they’re not Good Cinema, they’re delightful catnip for fans of the band itself, letting us see our favorite artists dabbling in the cinematic arts, forgiving them their trespasses and wooden performances because, well, they’re having so much dang fun.

That’s definitely the vibe going into "Studio 666", the new horror-comedy co-starring the iconic ‘90s alt-rock band Foo Fighters. And it’s in that spirit that it should be received — not as an innovative spin on the horror genre, nor even an insightful look at the Foo Fighters as an entity, but as a tossed-off lark made just as much for the band as the audience. And honestly, within that brief, it succeeds mightily. 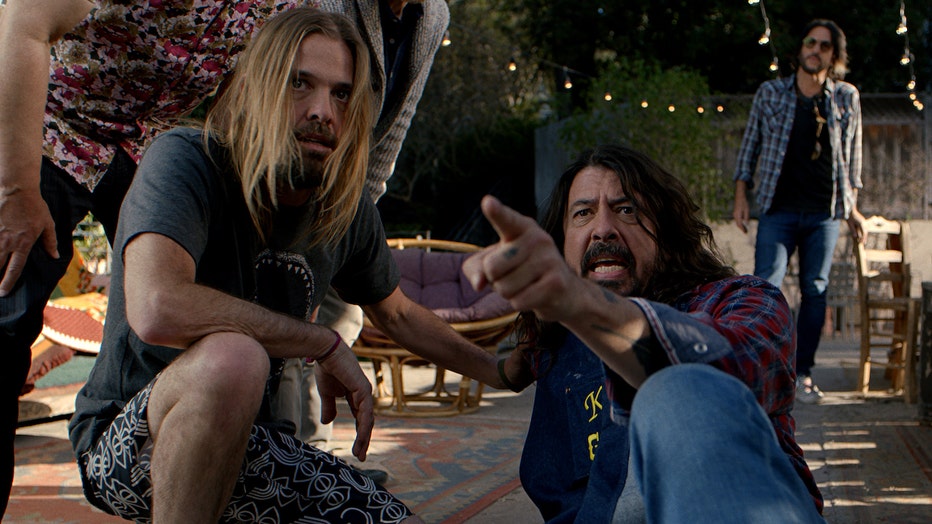 Right from the start, it’s as if the concept for "Studio 666" was ripped right off of Tenacious D’s vision board: What if Foo Fighters, searching for the perfect new sound for their upcoming tenth album, ended up renting a haunted mansion in Encino with great acoustics that belie otherworldly terrors? At first, it’s a dream; their instruments have never sounded better. But frontman Dave Grohl, still hampered by "creative constipation," ends up reading the wrong words from the wrong human-leather-bound book and getting possessed by a demon who wants to escape to the physical world through the power of rock.

Thankfully, unlike Tenacious D’s own uneven cinematic effort, "The Pick of Destiny" (which, coincidentally, features Grohl as Satan), "Studio 666" is far more consistent in its understated charms — even if it doesn’t quite rise to the level of its inspirations.

Spinning "Evil Dead" through the lens of "The Beatles: Get Back" is a nifty premise, especially when filtering it through the real-life personas of the Fighters themselves. Grohl, of course, is front and center, carrying the film with the most natural charisma of the group; he’s a born performer, and his myriad cameos have helped him hone a screen presence that allows him to be both naturally funny and naturally himself.

Turning the Nicest Guy in Rock into Jack Nicholson from "The Shining" is a neat framework on which to hang a band-based horror movie, turning the prototypical control-freak frontman into someone just as likely to rip his bandmates into pieces as chew them out in the studio. (And, with the help of "Hatchet III" director BJ McDonnell, Grohl gets no small number of chances to take out his frustrations on his bandmates, from mid-lovemaking chainsaw penetrations to decapitation-by-cymbal.) 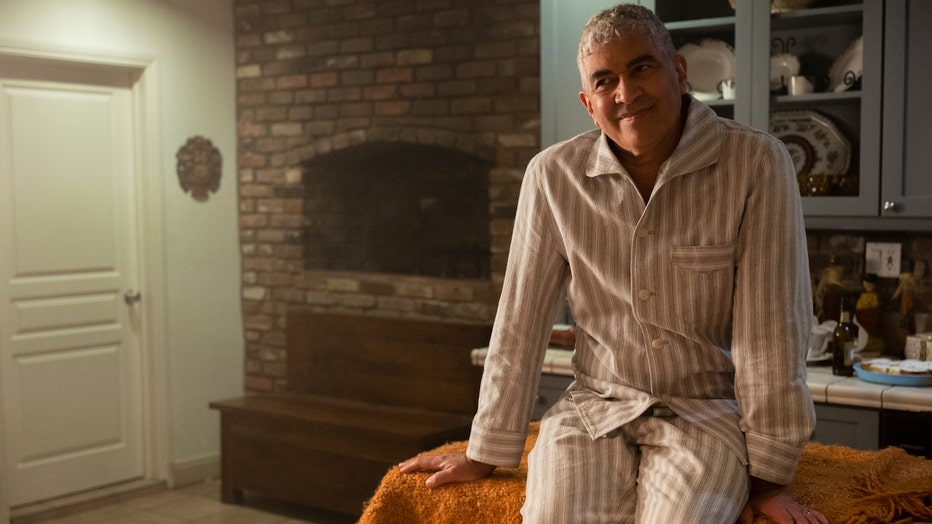 The rest of the band? Ehh, mileage may vary, though there’s a quirky charm to their occasionally stilted delivery. Guitarist Pat Smear is the clear standout, with oddball affectations and gee-whiz quirks that make him the Shaggy of this particular Scooby-Doo crew. Still, writers Jeff Buhler and Rebecca Hughes give the others some fun notes to play, from Taylor Hawkins’ tension-filled back and forth with Grohl to Chris Shiflett’s perpetually-horny hippie. One has to wonder how fun — and strangely cathartic — it must have been for Grohl to get the chance to figuratively murder his bandmates. It’s one way to solve creative differences, at least! 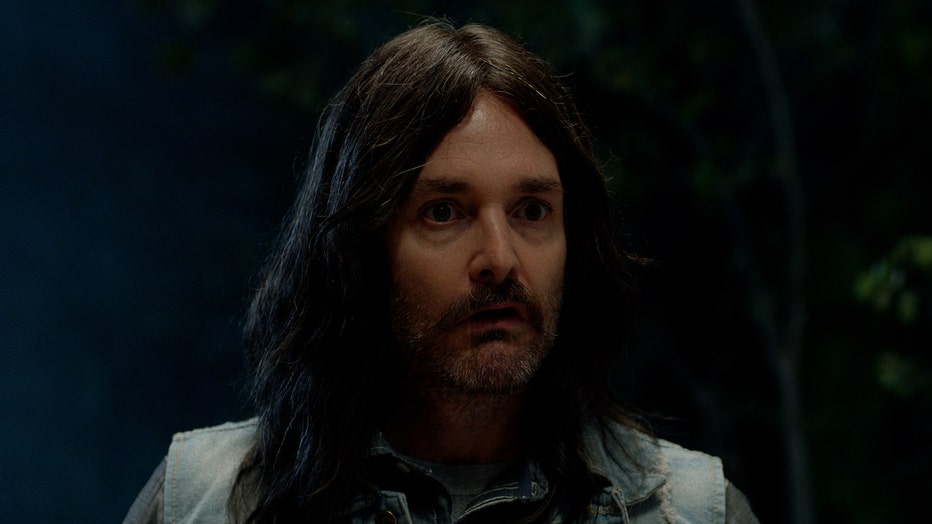 Simply put, "Studio 666" is almost (but not quite) exclusively for Foo Fighters fans, a mélange of in-jokes that leans hard on the viewer’s existing familiarity with and love for the band. It helps, of course, if you’re also in love with the John Carpenter, Wes Craven and Sam Raimi ’80s splatter flicks that Grohl and the rest clearly hold so dear.

The film is a love letter to those pictures, made with the same vagabond spirit as something like "Kiss Meets the Phantom of the Park." And for Foo fans, it’s a chance to watch the band goof around and make a silly horror film in the same Encino mansion where they recorded their most recent album, 2021’s "Medicine at Midnight."

Realistically, something like "Studio 666" fits more in the milieu of a Funny or Die video — a cute gag with appeal that rests mostly on the "wouldn’t it be funny if?"-ness of it all. And yet, within those auspices, it’s just charming enough to work. Maybe it’s the guilelessness of Grohl and the rest, now old enough to seem like the world’s most adorable dad band, gawking at disembodied raccoons or fending off an overzealous delivery guy (a mustachioed Will Forte) desperate to have them hear his demo. Maybe it’s the higher than usual batting average of the gags, or the refreshingly goofy gore. But something about "Studio 666" just cuts through the phoniness that would normally season a stunt like this, making it into a dumb ol’ fun time.

Vicious Lips (1986): This campy grindhouse horror follows an all-girl hair band (the titular Vicious Lips) as they take their act on the road — or whatever you call a tour that’s intergalactic. On the space road? The asteroid belt? Whatever you call it, the trek takes them to the far-flung reaches of the galaxy, where terrors (and power chords) await. Rated R. 80 minutes. Dir: Albert Pyun. Featuring: Dru-Anne Perry, Tony Kientiz, Linda Kerridge, Gina Calabrese, Don Barnhart Jr.

Dead Ant (2017): It’s a tale as old as time: a one-hit-wonder ‘80s glam rock outfit has a shot at a big comeback, but their trip to Coachella is derailed by a peyote-fueled stop in the desert and some bloodthirsty ants. Not quite as well known as Sean Astin’s other road movie where a band of travelers face untold dangers in pursuit of a vital goal, but here he’s facing ants, not ents. Rated TV-MA. 97 minutes. Dir: Ron Carlson. Also features Tom Arnold, Jake Busey, Natasha Blasick.