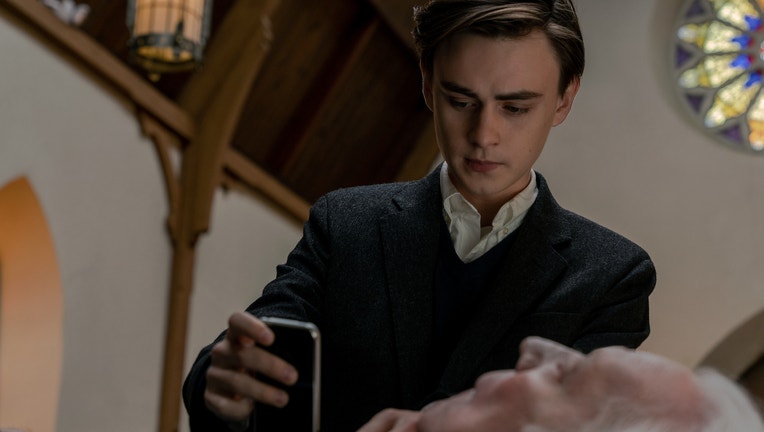 CHICAGO - A chilly adaptation of a chilly story, director/screenwriter John Lee Hancock’s "Mr. Harrigan’s Phone" is easily one of the most faithful page-to-screen adaptations of Stephen King’s work. Unfortunately, fidelity alone can’t compensate for a story that doesn’t lend itself to the screen in the first place.

"Mr. Harrigan’s Phone," a novella collected in King’s 2020 collection "If It Bleeds," is a ruminative work, the kind of King tale with horrors that exist only in service to its ideas. You won’t find any rabid dogs, killer cars or cultish kids in this somber tale. Despite what its fever-pitched trailer might promise, this is more "Stand By Me" than "Cell."

About "Mr. Harrigan’s Phone": You can take it with you, if ‘it’ is ‘your smartphone’

Jaeden Martell, returning to King’s dominion after leading "It: Chapter One," stars as Craig, a teenager in the mid-aughts who makes some extra cash by reading books to an elderly, reclusive billionaire, the titular Harrigan (Donald Sutherland). The two spark up an unlikely friendship over the years and, after Craig wins $3,000 on a scratch-off ticket given to him by Harrigan, he buys a first-edition iPhone for his mentor, who is skeptical of the gizmo but compelled by its up-to-the-moment stock ticker. 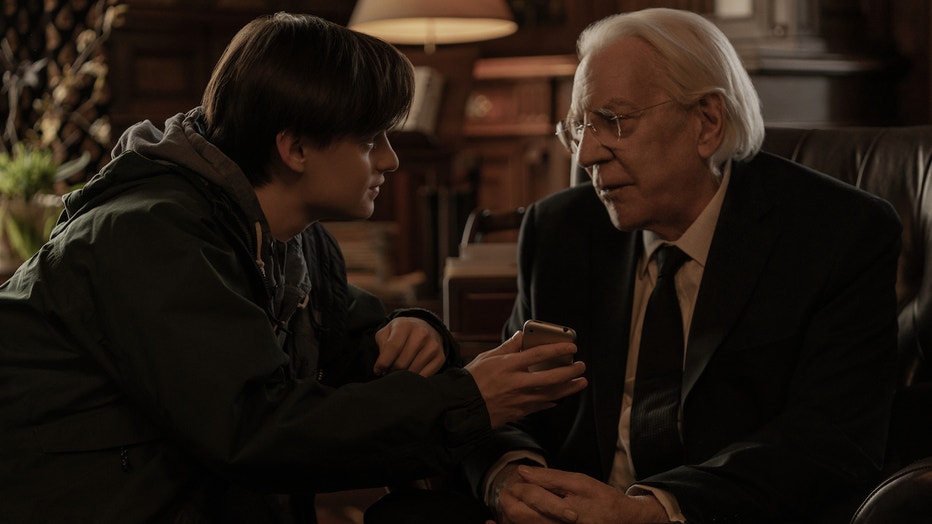 WATCH FREE ON TUBI: Tim Curry’s nightmare-fuel performance in "Stephen King’s It" — get the app

After Harrigan’s death, the grieving Craig attends the funeral, slipping the dormant phone into his friend’s casket. As he mourns, Craig begins sending late night texts and calls to the phone; some express how much he misses Mr. Harrigan, while others touch on Craig’s other struggles, including a brutal encounter with a school bully. Soon, the messages and voicemails he leaves begin to receive enigmatic replies that, rather coincidentally, coincide with consequences for Craig’s enemies.

It’s a hokey premise, but the ghost in the machine has the potential to thrill. Hancock’s film, however, mostly shies from the eerier aspects of King’s story, leaning instead into Craig’s emotional broadening and encounters with the perils of digital access.

RELATED: ‘Barbarian’ review: One of the most surprising horror movies of the year 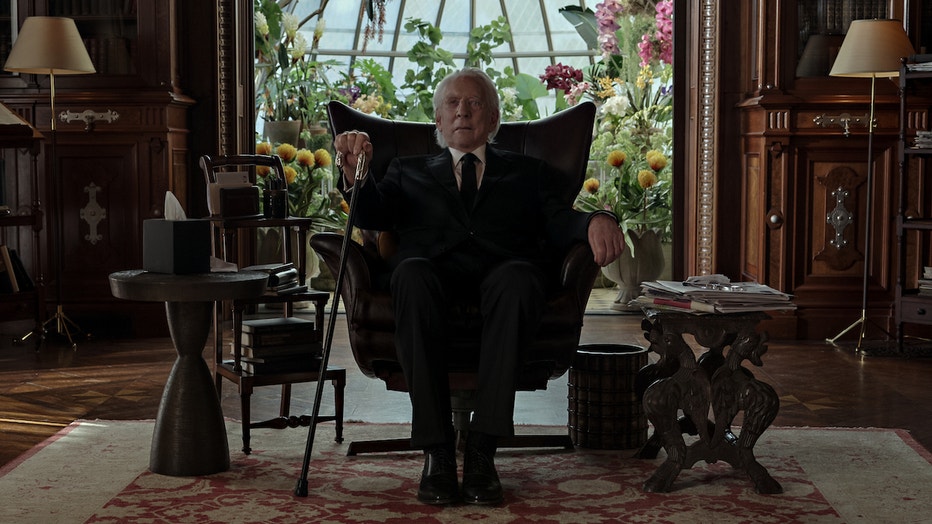 "Mr. Harrigan’s Phone": Shout into the abyss, the abyss shouts back

You’d expect different from Blumhouse, the genre studio best known for horror hits like "Paranormal Activity" and "Get Out," but not so from Hancock, whose specialty is middle-of-the-road sports dramas ("The Blind Side") and polite historical pieces ("Saving Mr. Banks").

In Hancock’s hands, "Mr. Harrigan’s Phone" reads less as a modern riff on the monkey’s paw scenario than it does a cautionary tale about the responsibilities that come with pocket access to the larger world — and more specifically, the risks of shouting into an abyss that’s not just looking back at you, but responding in real time. It’s compelling stuff, but not all that cinematic. 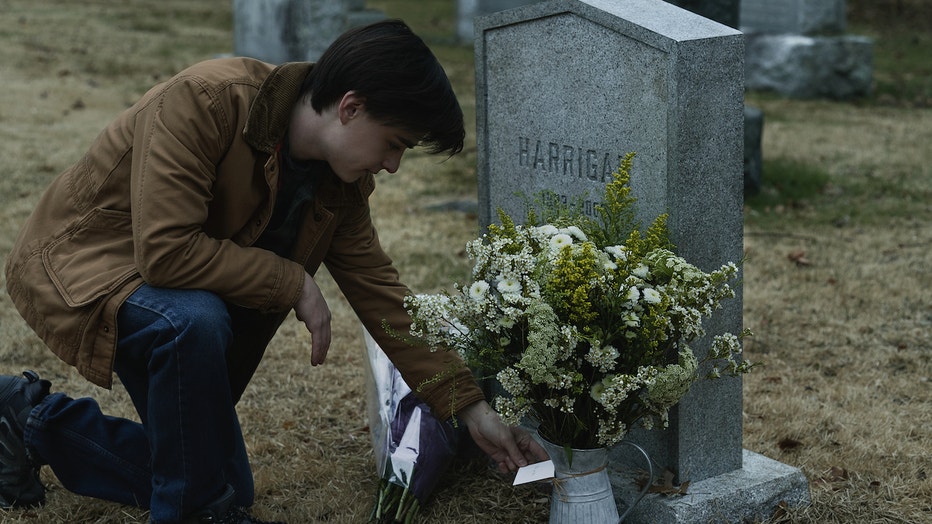 Still, it has its charms. Shot in Connecticut in the fall and winter of 2021, the film is rich in lush portraits of a mossy, rocky and leaf-strewn New England, an immersive setting that pairs well with composer Javier Navarrete’s wintry and foreboding orchestral score.

Its mid-2000s setting also gives audiences much to consider. Hancock takes us back to an era when smartphones were novel and not nearly as ubiquitous as they are today. There’s a "kids these days" sensibility to his vision of a school where privileged students form cliques around their smartphone models and communicate almost entirely via text, but the innocence with which this dynamic is portrayed draws a stark contrast between the early appeal of smartphones and the all-consuming nature of today’s models.

WATCH FREE ON TUBI: Anthony Michael Hall in "The Dead Zone" — get the app

"Mr. Harrigan’s Phone" underlines this distinction, perhaps unnecessarily, with a heavy-handed monologue from Harrigan about how easily smartphones could be used to spread false narratives and fake news. "All of us need to be very frightened by this gizmo," intones Harrigan, who nevertheless loses himself in its touchscreen. 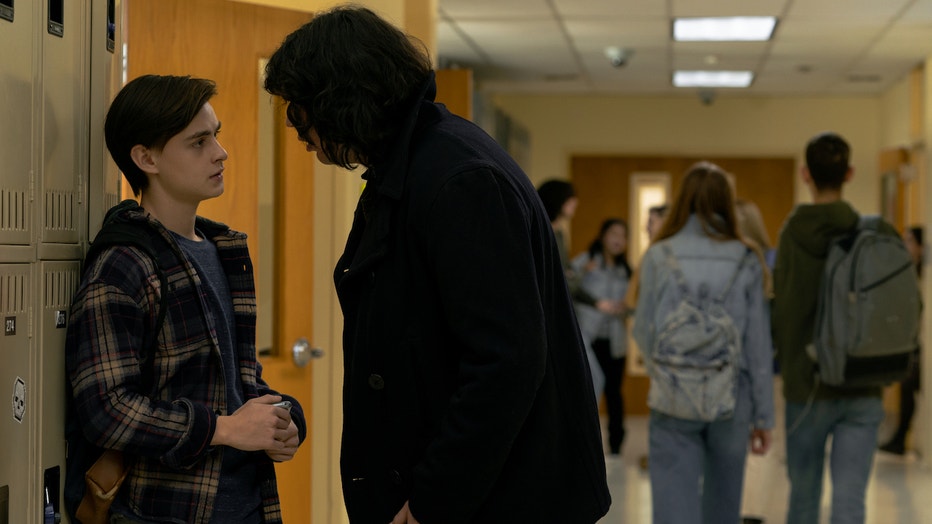 To its credit, the film’s consternation over the terminally online age isn’t nearly as one-dimensional as Harrigan’s on-the-nose warning. As Craig begins to comprehend the consequences resulting from the words he pours into the digital void, we’re left to wonder if there’s anything supernatural happening at all. As anxiety and guilt washes over him, a local priest’s urge for the boy to "examine your relationship with your phone" haunts the proceedings. When you’re so connected, it’s easy to read one’s influence into everything.

WATCH FREE ON TUBI: Stephen King adaptation "Sometimes They Come Back" — get the app

Unfortunately, though its themes resound, there’s little else to keep us on the line with "Mr. Harrigan’s Phone." Martell and Sutherland both deliver competent performances, but outside of an amusing scene in which Craig helps Harrigan set up his new iPhone, there’s little spark to the pair’s union. The same goes for Joe Tippett and Kirby Howell-Baptiste, who play Craig’s dad and teacher, respectively — fine performances that never seem to intertwine. The only supporting character who makes an impact is bully Kenny Yankovich, who’s played by Cyrus Arnold as more parasitic than cruel.

As one famous King character once intoned, "Sometimes dead is better." "Mr. Harrigan’s Phone" is a good reminder that sometimes the book is better.

About the writer: Randall Colburn is a writer, editor, and podcaster based in Chicago.

Make it a double feature with "The Descent," streaming free on Tubi

The Descent (2006): Directed by Neil Marshall ("Game of Thrones," "Hellboy"), "The Descent" is often lauded as one of the best horror films of the last 20 years. It deserves that reputation. Certainly, it is a masterclass in escalating tension that dishes out dread long before the magnitude of the desperate scenario is fully realized. So, what is the premise? Six women who love nothing more than adrenaline-pumping outdoor activities head into the Appalachian Mountains for a thrill-seeking spelunking adventure. Soon, old wounds are reopened along the very dark way of the cave system and it isn’t long before matters take a deadly turn. Read the rest of Emma Fraser’s thoughts on this contemporary classic. Rated R. 98 minutes. Dir: Neil Marshall. Featuring: Shauna Macdonald, Natalie Mendoza, Alex Reid, Saskia Mulder, MyAnna Buring, Nora-Jane Noone, Oliver Milburn.

"The Descent" is streaming free on Tubi — get the app

How to watch "Mr. Harrigan’s Phone"

"Mr. Harrigan’s Phone" is now streaming only on Netflix. Plans start at $9.99 a month; higher tiers include better quality video and the ability to stream on multiple devices simultaneously.