WEST BLOOMFIELD, Mich. — Residents and businesses in Central Michigan communities that were submerged when two dams failed this week on Friday sued the operator of the dams and two state agencies charged with overseeing the structures.

The lawsuit came as yet more residents were forced to evacuate their homes after being overwhelmed by flooding along the Tittabawassee River and conjoining waterways.

About a dozen people have left their homes in Spaulding Township where some roads and fields are under 4 to 5 feet (1.2 to 1.5 meters) of floodwater, but some in the community refused to leave despite warnings, Fire Chief Tom Fortier said Friday. 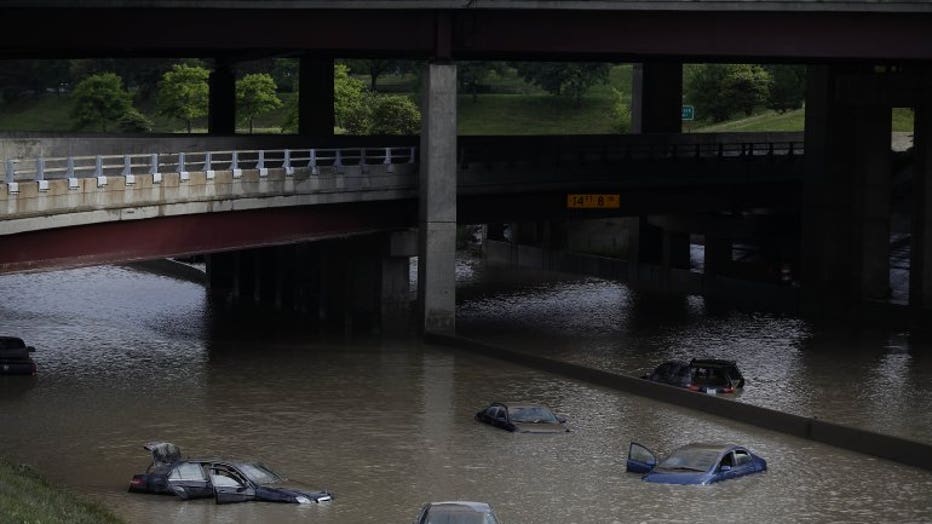 The Tittabawassee became engorged late Tuesday when the aging Edenville and Sanford dams failed after heavy rain. The river crested Wednesday in Midland — about 20 miles (32 kilometers) upstream from Spaulding Township — leaving the small city and surrounding areas under several feet of water and forcing about 11,000 people to evacuate their homes.

Several homes were damaged in Midland, but no one has been injured or killed. Selina Tisdale, a Midland city spokeswoman, said Friday that displaced residents are allowed to return home if it is safe to do so.

The flooded Tittabawassee and Shiawassee rivers flow into the Saginaw River, and that’s presenting a danger for Spaulding Township, about 100 miles (160 kilometers) north of Detroit.

“The river levels are so high, they are trying to find the lowest spot and that happens to be us,” Fortier said. The National Guard and fire departments were filling about 3,000 sandbags to hold back the water. 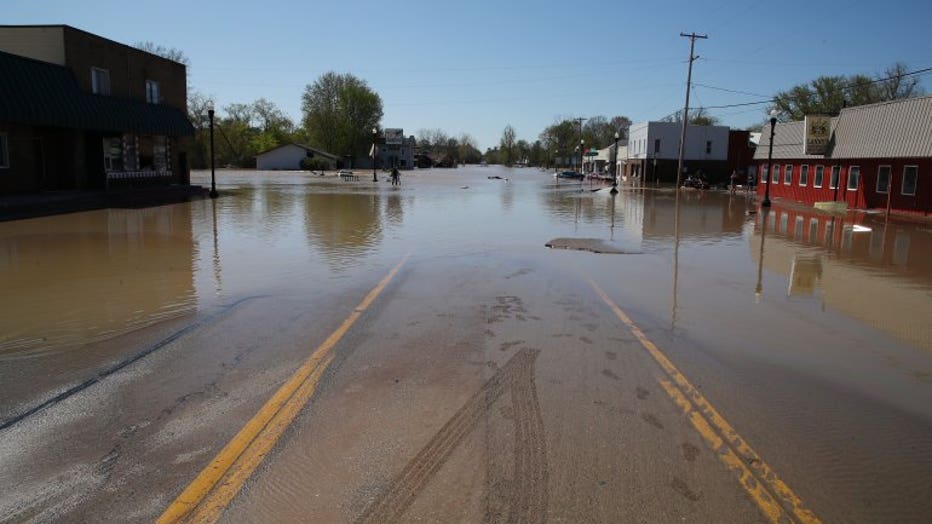 SANFORD, MICHIGAN - MAY 20: Main street is flooded after water from the Tittabawassee River breached a nearby dam on May 20, 2020 in Sanford, Michigan. Thousands of residents have been ordered to evacuate after two dams in Sanford and Edenville colla

A lawsuit filed in federal court in Detroit Friday alleges that the dams' operator, Boyce Hydro, “failed to operate, fix, or repair the dams in accordance with the established standard of care, resulting in catastrophic injury and damage to residents and their properties.” The lawsuit also names the state Department of Environment, Great Lakes and Energy and the Michigan Department of Natural Resources.

The lawsuit seeks unspecified damages in excess of $75,000. FeganScott, a law firm that specializes in class-action suits, is representing businesses and homeowners affected by the flooding.

The nearly century-old Edenville Dam has been the target of lengthy investigations by federal regulators. Officials have said the Sanford Dam, built in 1925, was overflowing during the flooding but that the extent of structural damage wasn’t known.

Dow Chemical Co. is headquartered in Midland and it has a plant next to the river. When the river crested, the floodwaters mixed with containment ponds at the Dow plant and the company admitted the flooding could displace sediment from a downstream Superfund site, though it said there was no risk to people or the environment. 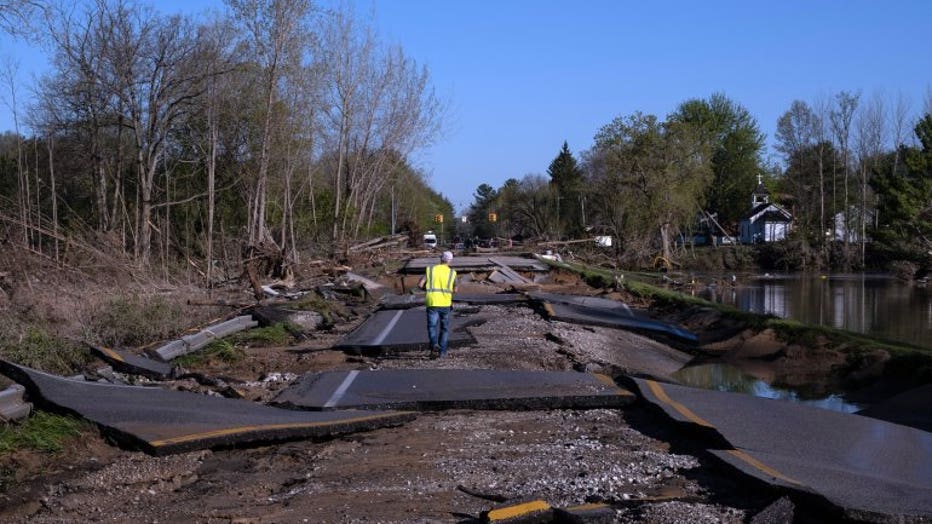 TOPSHOT - A man walks across a washed out West Saginaw Road in Sanford, Michigan, on May 21,2020, after the area saw heavy flooding and damage from heavy rains throughout central Michigan . - More than 10,000 residents were evacuating their homes in

The U.S. Environmental Protection Agency said state officials would evaluate the plant and that Dow must to assess the Superfund site — contaminated with dioxins the company dumped in the last century — to determine if any contamination was released.

On Friday, Dow and its foundation announced a $1 million donation for flood recovery efforts.

Wixom Lake in Midland County’s Hope Township lost most of its water when the Edenville Dam failed.

Glenn Hart’s home in Hope Township escaped the brunt of the flooding. But on Friday, the 66-year-old was removing debris from his property, including kayaks, boats and pieces of docks.

“I’m trying to find who this belongs to, to make sure people get their stuff,” he said.

With more rain forecast early next week, officials are keeping their eyes on the skies and the ground.

“With the area being so wet, any added rain is a concern,” said Nick Assendelft, spokesman for the Michigan Department of Environment, Great Lakes, and Energy.

Water levels on two lakes — Secord and Smallwood — behind two other dams “have been brought down somewhat to take pressure off those facilities so their conditions can be assessed,” Assendelft said. “The last thing we need now is for there to be another rain event anywhere close to what we had earlier this week.”