NORTHBROOK, Illinois — A groundbreaking study in Illinois could change the way firefighters attack the hottest and most dangerous fires. The Milwaukee Fire Department is taking part in the study, but a retired New York City battalion chief says the researchers are all wet.

It may sound elementary, but scientists in suburban Chicago are studying whether applying water on a fire from the outside should come before search and rescue on the inside.

"It's an inherently dangerous profession," says Erich Roden, battalion chief for the Milwaukee Fire Department. "Our ethos and our mission is to get inside that building as quickly as possible to rescue those trapped civilians." 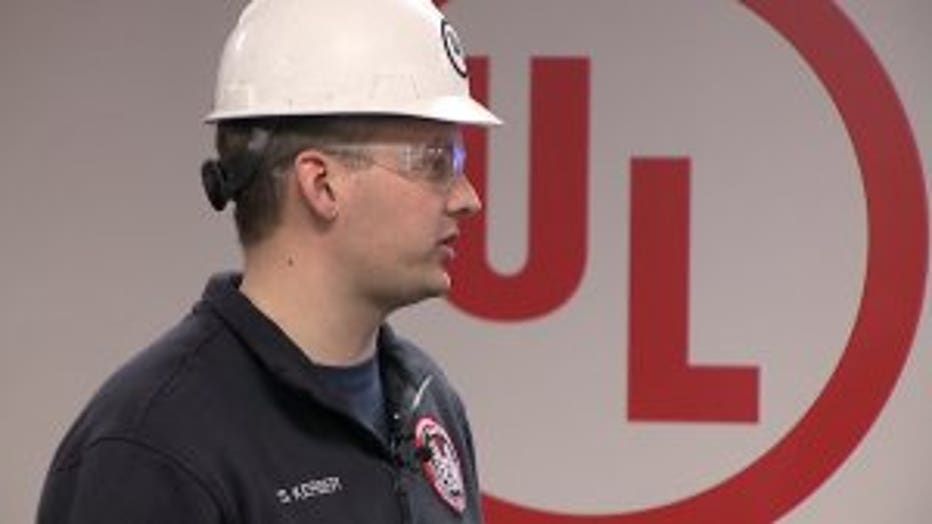 Steve Kerber is director of the Fire Safety Research Institute at UL, which invited firefighters from all over the world to witness a one-of-a-kind experiment.

Roden is on the advisory board for Underwriters Laboratories, which recently invited firefighters from around the world to witness a first-of-its-kind experiment. Not just a controlled burn, but a live fire inside a fully-furnished, 1,200 square foot house, with temperature sensors, oxygen sensors, air flow sensors and video cameras.

"We couldn't make measurements like this 30, 40 years ago," said Steve Kerber, director of UL's Fire Safety Research Institute. "Now we can."

"This is a once-in-a-lifetime opportunity for most of us in the fire service to see it through other people's eyes," said John Chubb, a member of the Dublin Fire Brigade from Dublin, Ireland.

The tests are being driven, in part, by the way most homes have changed.

"There is a lot more synthetic material in our homes today, which means fires burn hotter and faster than they did 30 or 40 years ago," says John Drengenberg, a spokesman for UL. "This means you have less time to escape."

It also means that by the time firefighters get to a burning building, the fire may already be nearing its most dangerous point -- a sudden, dramatic combustion event known as flashover.

"It used to take upwards of 20 to 30 minutes for a room to reach flashover stage. Now it's down to as few as seven or eight minutes," said Lloyd Bertram with the New Berlin Fire Department.

To prevent firefighters from getting trapped, UL is studying an alternative method of attack.

"A standard attack would involve usually going right through the front door, getting inside and searching for occupants," Kerber said. 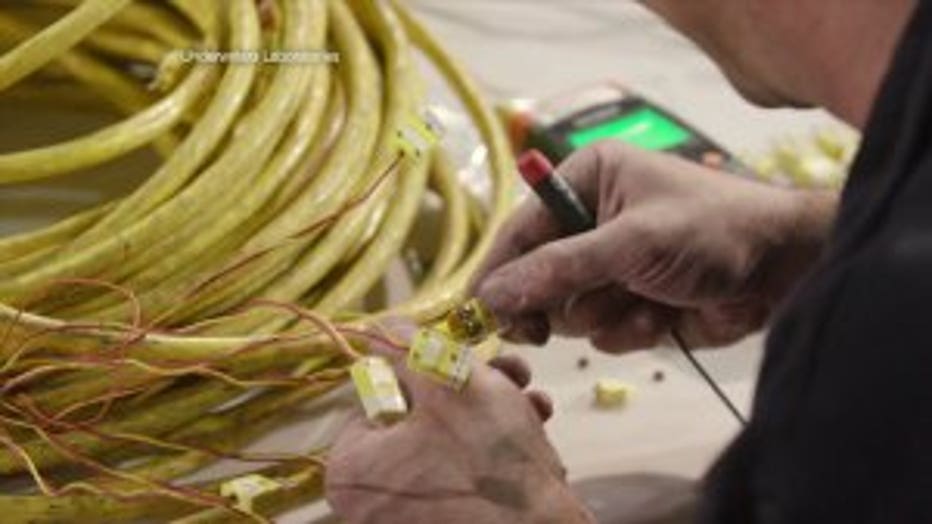 UL equipped a 1,200 square foot building with thousands of sensors to conduct the tests.

Instead, they're employing what's known as a transitional attack that starts outside.

"The occupants are on the inside, so the firefighters want to get to the inside as quickly as possible. But if the fire isn't under control, that opening in the door can make the fire larger and now you are in a situation where you could potentially be making things worse for me inside," Kerber said.

"The fire was extremely hot. A lot of flames. Huge fire ball," Dean said.  "Before we were able to send anybody into that structure, we were able to cool the fire by a large diameter hose attack line outside... then entering the structure. It worked like clock-work."

In the fire service, they call that "hitting it hard from the yard."

"I don't fight fires like that," said John Salka, a retired battalion chief for the New York City Fire Department. "I am not a scientist, but I have done some experiments myself. Like about 30,000 experiments. I've been to a lot of fires."

Salka says experience tells him there's no time to waste.  In 2012, he wrote an opinion piece for Firehouse magazine titled, "Transitional Attack Is Whack."

"Any minute that you delay going in to find a victim in a building puts them at greater risk," he said. 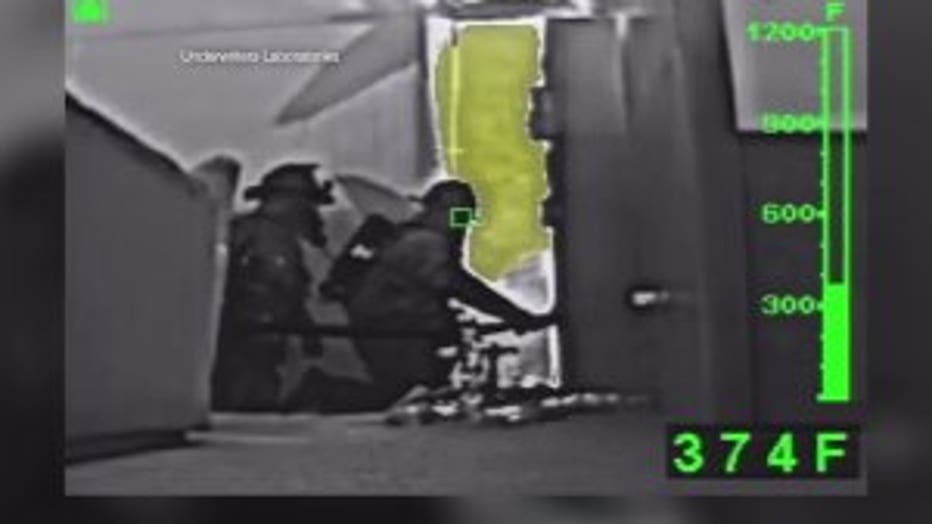 A standard attack usually involves a team going inside the building to knock down fire and search for victims. Transitional attack starts by hitting the fire from the outside before moving in.

In addition to delaying search and rescue, there's another concern among old-school firefighters.

"The conventional teaching was that if you put water on a fire before you have had a chance to actually rescue a victim, you are, in essence, steaming that victim," Bertram said.

"Am I doing what my grandfather taught me 30 years ago?" Kerber asked a room full of firefighters.

He says science is proving that theory wrong.

"It allows temperatures to cool off quickly, heat flux to go down, more survivable for occupants faster. The numbers don't lie," Roden said.

Salka is not convinced. 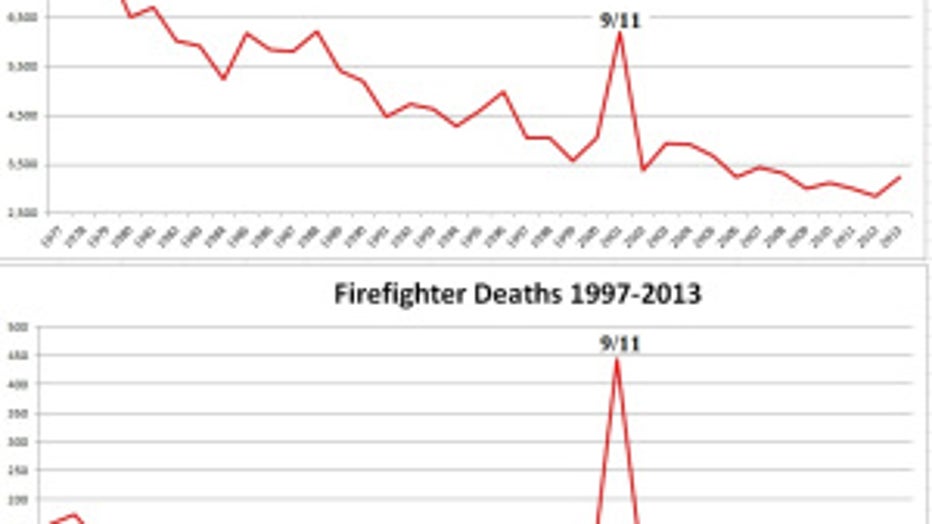 With the exception of the 2001 terrorist attacks, civilian fire deaths have steadily declined over the past 40 years across the US, while firefighter deaths have remained relatively unchanged.

He worries that the new approach is being driven by a desire among firefighters for self-preservation.

"It certainly is a lot easier and a lot safer to be out there than inside," Salka said.

"Firefighters are very much at risk today," Drengenberg acknowledges.

Data obtained by FOX6 News from the US Fire Administration shows civilian fire deaths have steadily declined over the past 40 years, but firefighter deaths have remained the roughly the same.

"So this research is focused on how to keep firefighters safe," Drengenberg said.

"I'm fairly certain that it is designed to assist and protect firefighters, rather than civilians," Salka said. 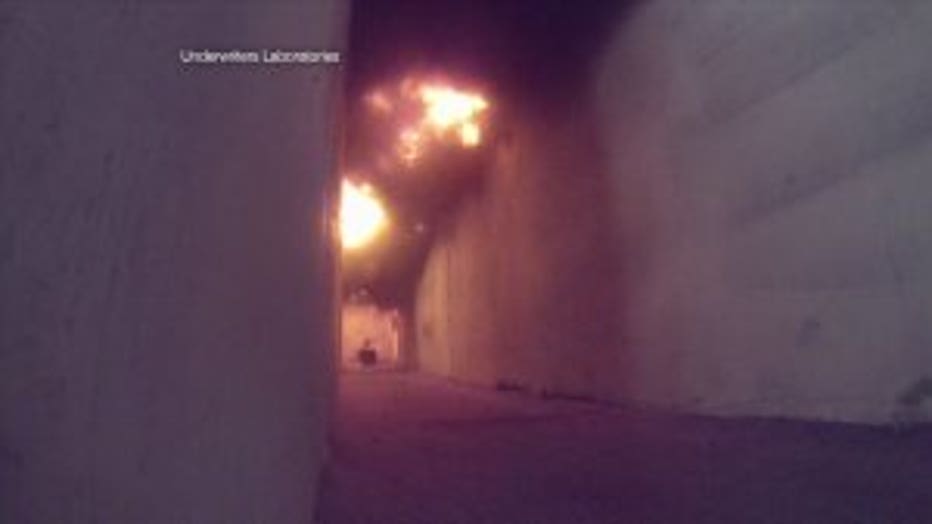 UL's research will show what happens to fire and the heated gases inside a room when water is applied from the outside first.

Milwaukee's Erich Roden says they're trying to do both.

"What we are learning here is a much more rapid application of water is going to allow us to get in there and rescue occupants much quicker and it is safer for the victim and for ourselves," he said.

"I am afraid the fire service is going to embrace and run with this and adapt and adopt it too quickly," Salka said.

For some, the retired FDNY chief represents the stubborn old guard of the fire service.

"Change a lot of times is difficult in the fire service," Dean said.

"It is part of human nature to resist change," Chubb said.

"We're very attached to the way we have always done things," Roden said.

But the director of UL's research says it's not  their place to tell firefighters how to do their jobs.

"What we are going for is informing them," Kerber said.

When the right approach is a matter of life and death, they just want to put the data behind the decision. The tests conducted by UL back in March are part of a three-year study that's expected to be published later this year (2016). Fire departments can then use that information to determine the best approach for protecting their own personnel as well as victims who may be trapped inside a burning building.