Republicans call for resignation of man who oversees Wisconsin elections

Republicans call for resignation of man who oversees Wisconsin elections

MILWAUKEE -- State Republican leaders are calling for the resignation of the man who oversees elections in Wisconsin. They say a new report has them wondering if Kevin Kennedy worked with the IRS to target conservative political groups. 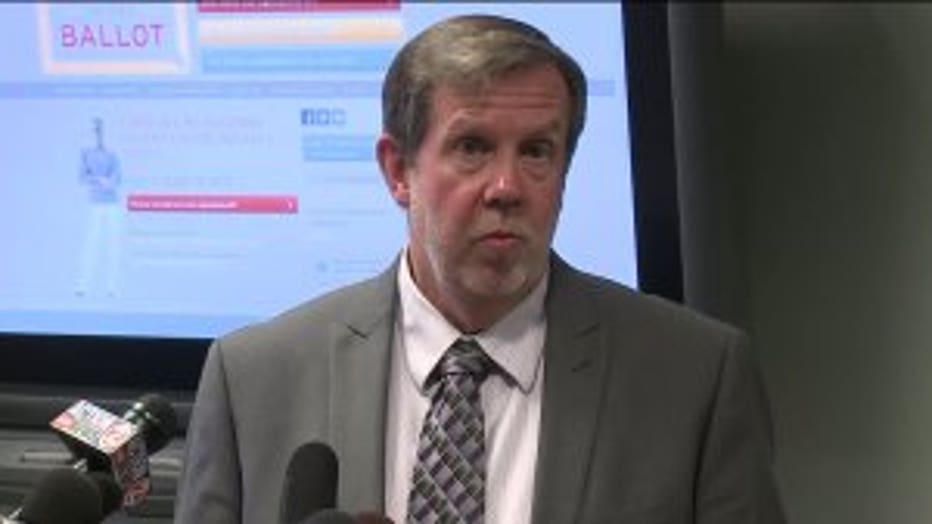 The calls by the state GOP have been sparked by a story in the Wall Street Journal (WSJ) that focuses on emails sent between Lois Lerner, a former IRS official who was at the center of a national controversy -- and Kennedy, director of Wisconsin's Government Accountability Board (GAB).

When it comes to election oversight, Republicans and Democrats say they want the same thing.

"Somebody who calls balls and strikes, not somebody who starts with an assumption of who they want to win the game," said Assembly Speaker Robin Vos.

Wisconsin Republicans say the GAB worked with prosecutors who harassed conservative groups during the John Doe investigations into whether Gov. Scott Walker's staff illegally did campaign work on government time. The WSJ article points to an email in January 2012 -- the same month protestors delivered petitions to recall Walker.

"It's turned into a rogue agency that most conservatives feel has been targeting their beliefs, their organizations and their ability to influence elections, thereby benefiting Democrats," said Vos.

"Clearly, we do need to have some changes at the GAB. But that doesn't mean you overhaul it or do away with having it be a non-partisan agency," said Barca.

Democrats worry Republicans are creating a scandal in order to put conservatives in charge of the GAB. GOP leaders insist that is not the case.

"I don't want something that's partisan because at some point, Democrats will be in charge," said Vos.

“I am not going to dignify the Wall Street Journal’s opinion column with any comment, except to state that it contains no facts showing that I or the Government Accountability Board did anything inappropriate or out of the ordinary given the agency’s statutory responsibilities.  I think any discussion about the structure or mission of the G.A.B. should be done through the legislative process.  I am always glad to answer questions of legislators who wish to articulate a specific concern about the agency’s actions, although I am not free to comment on matters that are presently the subject of lawsuits or are confidential by statute.”

Vos says Republicans are drafting a bill to overhaul the GAB. They expect lawmakers to vote on this bill in the fall.