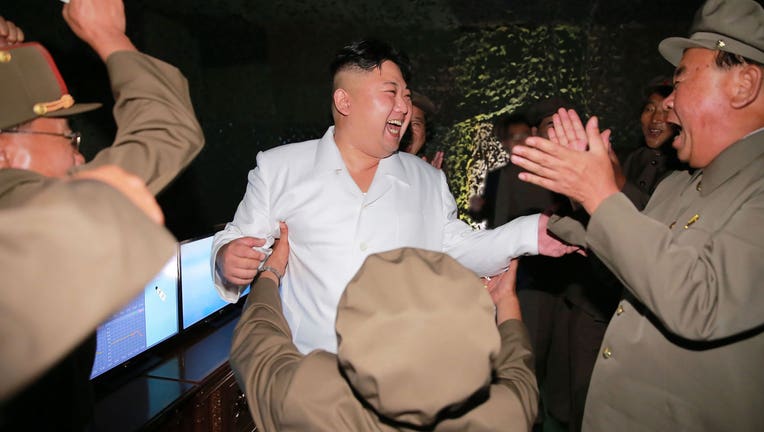 Kim Jong Un has allegedly had two men put to death using a method he's been said to have used before: by anti-aircraft gun. South Korean newspaper JoongAng Ilbo reports by way of an unnamed source that two men were publicly executed earlier this month.

It identifies the men as Ri Yong Jin, a high-ranking official in the education ministry, and Hwang Min, the former agriculture minister. The men's alleged offenses: Ri fell asleep while in a meeting with Kim and was "arrested on site and intensively questioned"; corruption charges followed.

In Hwang's case, unspecified "policy proposals he had pushed for were seen as a direct challenge to the Kim Jong Un leadership," says the source. While Kim is thought to have ordered at least 70 executions since taking power in 2011, Bloomberg highlights one difference with the current case: If Ri and Hwang were in fact put to death, they are the first from outside the Workers' Party or the military to have met that fate on Kim's orders.

The Guardian notes the news has not been independently verified, nor has it been announced by the KCNA. The South Korean newspaper suggests the executions were in part prompted by a high-profile defection and carried out as a way of reasserting control over the country's elite.

(Ri's alleged situation has echoes of another from 2015.)

This article originally appeared on Newser:Report: Kim Has Man Executed for Nodding Off