The City of Milwaukee has paid 40 million dollars in police misconduct settlements over the last 10 years, according to a new report from The Marshall Project, but has that money brought change?

MILWAUKEE - The City of Milwaukee has paid $40 million in police misconduct settlements over the last 10 years according to a new report from The Marshall Project, which was written in collaboration with FiveThirtyEight. Its findings have experts and community groups asking if the large settlements are actually leading to change.

The Milwaukee Police Department says it has been working tirelessly over the last six months to restore community trust, but a law school professor and community group say those settlements show there's plenty of room for improvement. 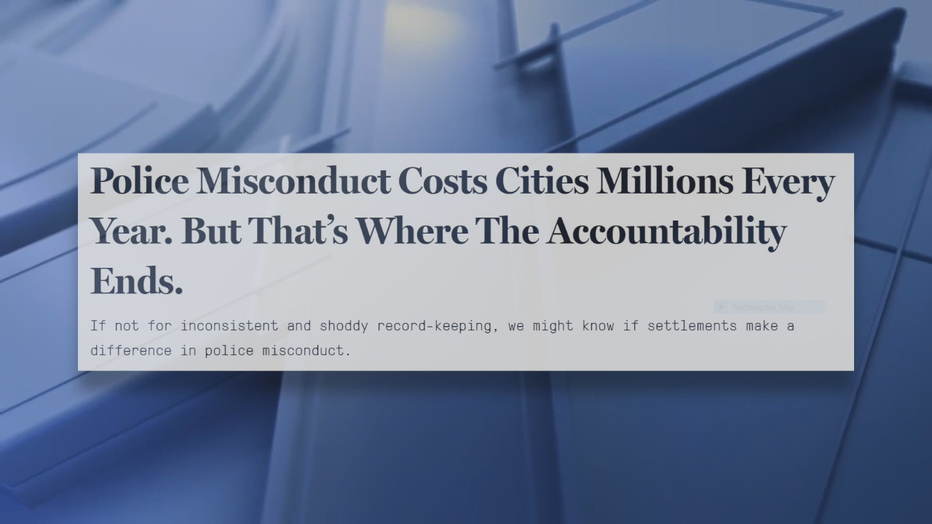 "I think it's another time that Milwaukee or Wisconsin is making another list that we shouldn't be on," said Angela Lang, BLOC.

"Justice isn't necessarily the settlements," said Lang. "Justice is avoiding these things in the future so they don't even have to happen." 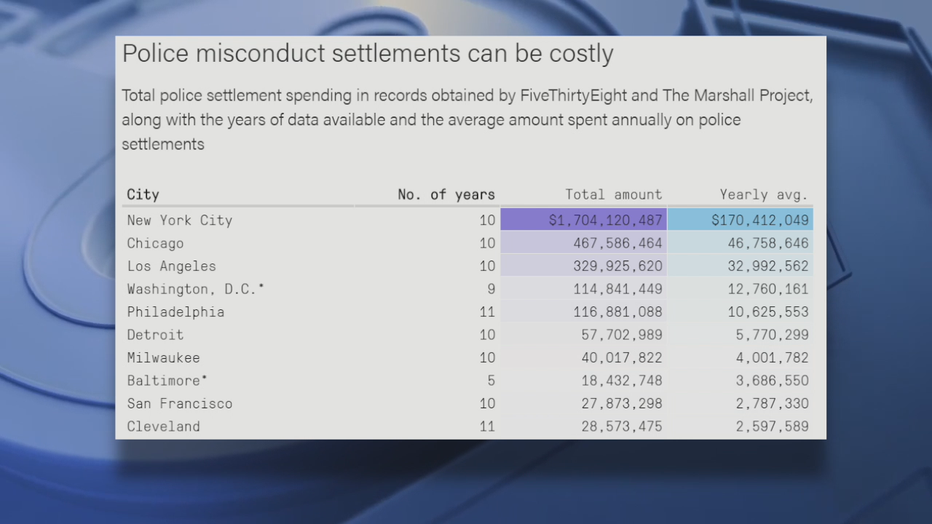 In a report published Monday, "The Marshall Project" collected police misconduct settlement data from 31 of the country's 50 cities with the highest police-to-civilian ratio. Milwaukee, at $4 million annually over the last 10 years, ranks seventh highest in that dataset.

"It's really disappointing that so much money is being paid out, but the statistics, the real story is all the harm for the community that's going on," said Ion Meyn, assistant professor at the University of Wisconsin-Madison Law School.

Like Lang, Meyn said the large settlements show room for Milwaukee police to change policies related to the use of force.

"If I need help, how do we approach that situation where we reduce the violence part and we get to making this community healthy and feel protected and stronger?" said Meyn. 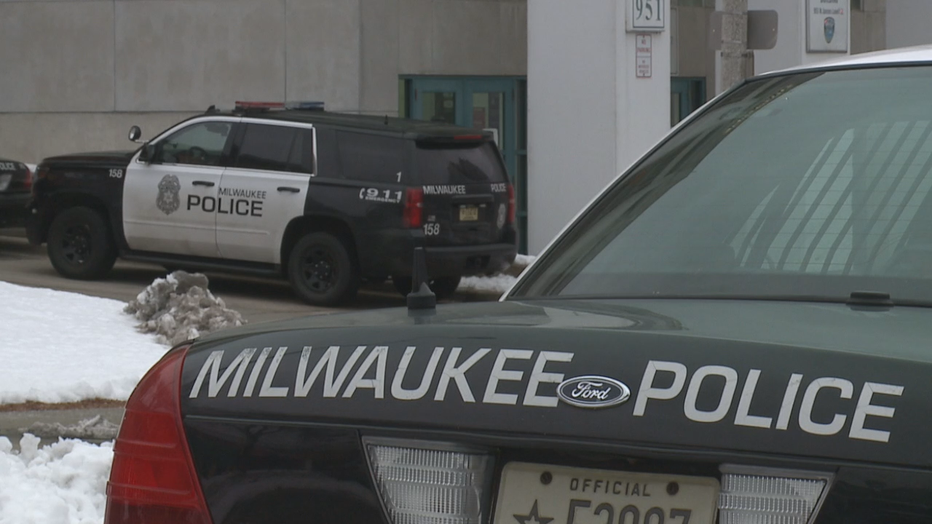 Milwaukee police pointed to their adoption of the "8 Can't Wait" de-escalation policies. In a statement, police said: "The Milwaukee Police Department remains committed to working with our community and system partners to continue to build sustainable neighborhoods free of crime that are built on positive relationships."