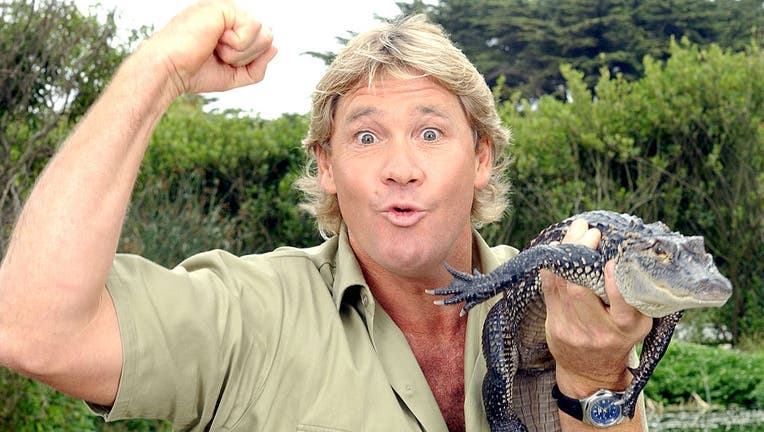 Saturday marks 15 years since the beloved Steve Irwin, also known as "The Crocodile Hunter," died after being pierced by a stingray while filming a documentary in Australia’s Great Barrier Reef.

The 44-year-old was an avid and outspoken conservationist, whose wild adventures and utterances of his down-under catchphrase, "Crikey!" onscreen captivated millions.

News of his sudden and unexpected death left fans around the world in disbelief. His cameraman, Justin Lyons, who was the only witness to the stingray attack that took Irwin's life, said in a 2014 interview with Australia news outlet Studio 10, "It was shocking. It was probably always going to be something weird with Steve... it would always be a crazy, silly accident. And as it turns out that’s exactly what it was."

His wife, Terri, and children Bindi and Robert have carried on his conservation work. The family currently stars in "Crikey! It's the Irwins," an Australian reality television series detailing their work at the Australian Zoo. It currently airs on Animal Planet.

In March, Bindi and her husband Chandler Powell welcomed their first child.

"March 25, 2021. Celebrating the two loves of my life. Happy first wedding anniversary to my sweetheart husband and day of birth to our beautiful daughter," Bindi previously wrote.

She revealed her daughter's name as Grace Warrior Irwin Powell. The newborn's middle name is a nod to Bindi's father.

"Our graceful warrior is the most beautiful light. Grace is named after my great-grandmother, and relatives in Chandler’s family dating back to the 1700s. Her middle names, Warrior Irwin, are a tribute to my dad and his legacy as the most incredible Wildlife Warrior," Bindi’s post continued.

"Her last name is Powell and she already has such a kind soul just like her dad. There are no words to describe the infinite amount of love in our hearts for our sweet baby girl. She chose the perfect day to be born and we feel tremendously blessed," she concluded.