(CNN) -- The much-anticipated memoir of a Navy SEAL who helped kill Osama bin Laden hits bookshelves Tuesday to an eager audience whose pre-orders have already put the book at No. 1 on Amazon's bestseller list for two weeks.

But there is one group who may not be as eager to see the release of "No Easy Day: The Firsthand Account of the Mission That Killed Osama Bin Laden."

Bissonnette's lawyer, responded in a letter last week saying the author "sought legal advice about his responsibilities before agreeing to publish his book and scrupulously reviewed the work to ensure that it did not disclose any material that would breach his agreements or put his former comrades at risk." 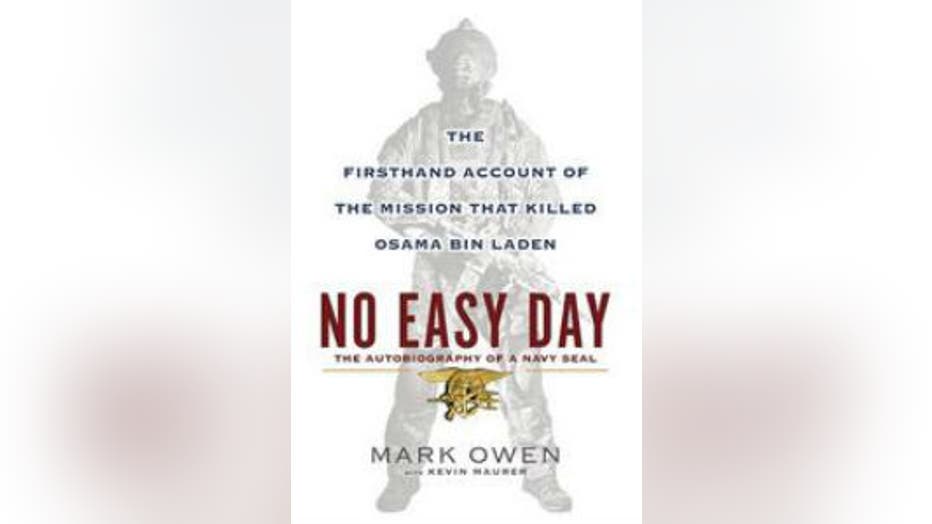 It is unclear how the Defense Department will proceed or if Tuesday's release will launch a court battle.

The controversy has not extinguished the hot demand for the memoir.

Publisher Dutton had originally planned to release 300,000 copies, but after fevered hype, it increased the number to 575,000, according to Publisher's Weekly.

In the 336-page book, Bissonnette wrote about his concerns that bin Laden would put up a fight, after the SEALS' helicopter crashed near bin Laden's compound.

"Roughly 15 minutes had passed and bin Laden had plenty of time to strap on a suicide vest or simply get his gun," he says in the book.

Bin Laden was not wearing a vest when he died. His two guns, according to Bissonnette, were on a shelf in his bedroom, apparently untouched.

After the helicopter crash and a hard fight to get through the compound's defenses, Bissonnette and several other SEALS were near the top floor of the compound, where intelligence predicted bin Laden would be.

"We were less than five steps from getting to the top when I heard suppressed shots. BOP. BOP.

"The point man had seen a man peeking out of the door on the right side of the hallway about 10 feet in front of him. I couldn't tell from my position if the rounds hit the target or not. The man disappeared into the dark room."

The man who peeked out the door had been shot, but was still moving when the SEALs entered the room. Bissonnette described the end.

"In his death throes, he was still twitching and convulsing. Another assaulter and I trained our lasers on his chest and fired several rounds. The bullets tore into him, slamming his body into the floor until he was motionless."

But there was still the question of whom they had killed. One of Bissonnette's roles was photographing the body.

"It was strange to see such an infamous face up close. Lying in front of me was the reason we had been fighting for the last decade. It was surreal trying to clean blood off the most wanted man in the world so that I could shoot his photo. I had to focus on the mission, right now we needed some good quality photos."

Bissonnette said he had mixed feelings about President Barack Obama, who ordered the operation.

"None of us were huge fans of Obama. We respected him as the commander-in-chief of the military and for giving us the green light on the mission," wrote the former SEAL, who was a 36-year-old chief petty officer when he left the Navy as a highly decorated commando in April.