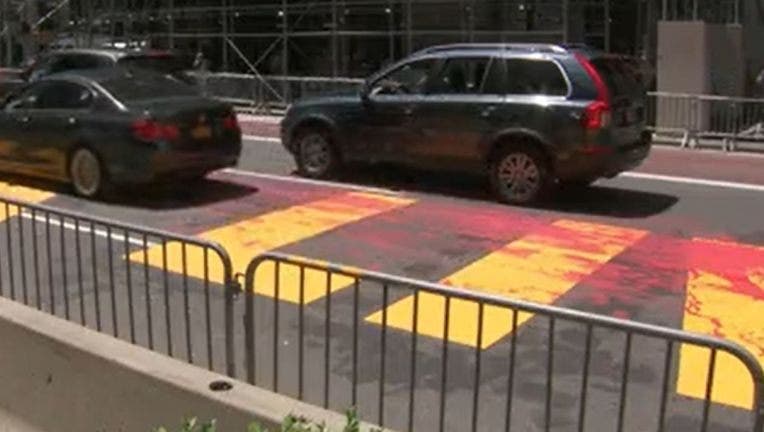 Just after noon, a man threw red paint on the large, yellow letters, on Fifth Avenue in Midtown. The man dropped the paint can and then ran off on West 56th Street, according to police.

The mural between West 56th Steet and West 57th Street was painted over the course of five hours on Thursday with the help of dozens of people including Mayor Bill de Blasio, First Lady Chirlane McCray and the Rev. Al Sharpton.

President Donald Trump has slammed the idea on Twitter, calling the mural a “symbol of hate.”

De Blasio said he is committed to creating Black Lives Matter murals in each of New York City’s five boroughs.