The American Red Cross of Wisconsin has served more than 1,000 people displaced by fires, including one that happened Friday in Milwaukee.

MILWAUKEE - The American Red Cross of Wisconsin has already hit a grim milestone for 2022.

The nonprofit has served more than 1,000 people displaced by fires, including one that happened Friday in Milwaukee.

The hope from the Red Cross and firefighters is that communities will see fewer home fires into spring and summer, but there are simple things residents can do now to better prepare.

The American Red Cross of Wisconsin is now helping three of those people, as their work is only beginning.

"One of the hardest parts for most people is not even the incident of the fire itself. It's really the next steps of that recovery," said the Red Cross' Justin Kern. 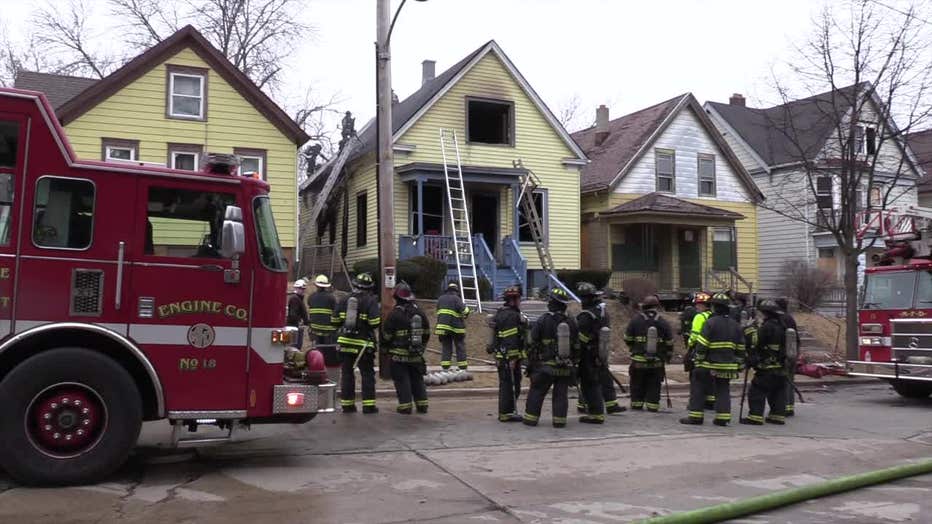 Kern and the Red Cross say Wisconsin families should prepare for an emergency now. He suggests creating a fire escape plan for the home – like knowing two exits out of every room, assigning roles for family members and practicing the escape plan in two minutes or less.

"That is an incredibly small window of time to grab yourself, the people in your life, get out of your home and get somewhere safe," Kern said.

Kern also said it is a good time to pack a "go bag" so you have some valuables ready if you need to quickly escape.

"Just think about the things you might need in a day or two days just to get by. And the same goes for your car," said Kern.

A little extra work now could make all the difference down the road. It is also recommended, with the daylight saving time change, to check the batteries on smoke alarms to make sure they are working properly.

In Racine County, a live training exercise gave firefighters the chance to use a real house fire Saturday.

A train derailed in Pewaukee near Somerset Lane and Parkside Road on Saturday. The Waukesha County Sheriff's Department reported no injuries.