More than 500 Christmas trees were donated to the state park this year, and drug down the beach and buried in the sand along the dune line.

While placing and burying old trees on the beach may seem simple, park officials tell us it makes a major difference for the dunes over the season. 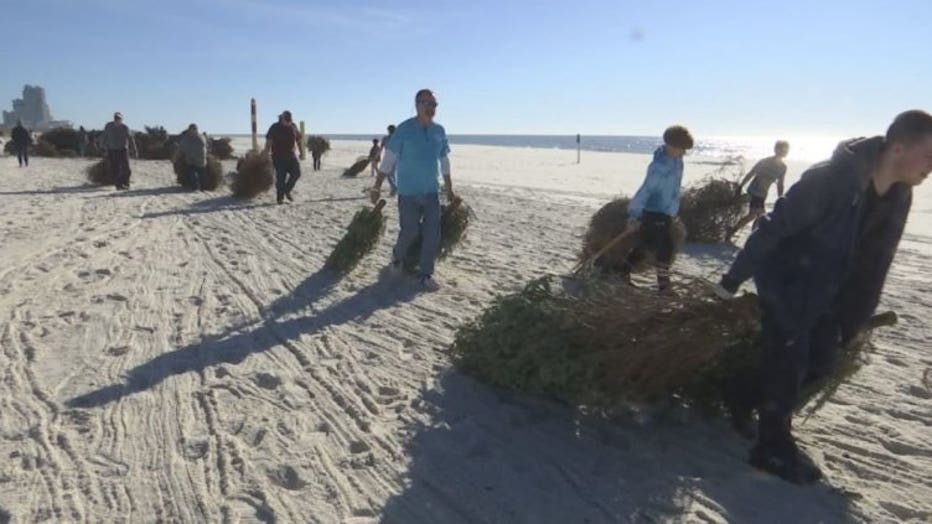 Several volunteers of all ages say this is something they've enjoyed doing every year.

"We've seen the park come from the devastation of Ivan where there were no trees of any substance there, and now we have all kinds of trees growing and people around and its just fantastic," said Ted Dunham, a dedicated volunteer and seasonal resident.

Several classes from Gulf Shores High School also helped out in the project.

Gulf State Park says this is an annual project, and if you have any live Christmas trees to keep donating them in mind.