According to the Slinger Police Department, a resident in the area called police around 9:20 a.m. The resident witnessed a woman with long brown hair driving a white Buick Rendezvous parked on Farmlane Drive for about 10-15 minutes before she let the three dogs out of the vehicle.

She then immediately left the area at a high rate of speed, traveling south on Farmlane Drive towards State Highway I-75 -- with her dogs chasing after her. 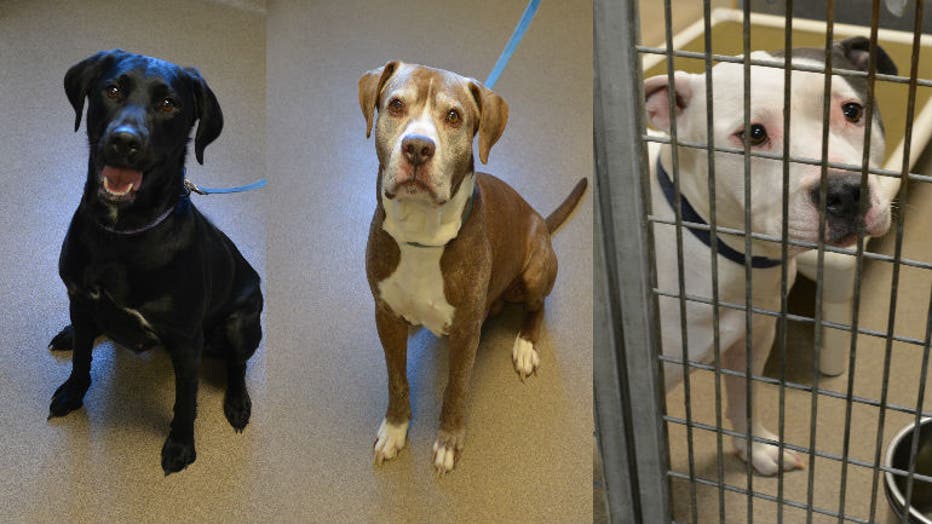 According to the officer, there are only two occupied homes in the subdivision with very little traffic.

An officer with the Slinger Police Department responded to the call and was able to locate the abandoned dogs and transport them to the Washington County Humane Society.

All three dogs had collars but no tags or identification chips. Police say they appear to be well cared for and fed.

Description of the dogs: