MILWAUKEE - Milwaukee police are asking for the public’s help in identifying and locating subjects wanted for an armed robbery that occurred near 33rd and Michigan on Monday morning, Nov. 2. 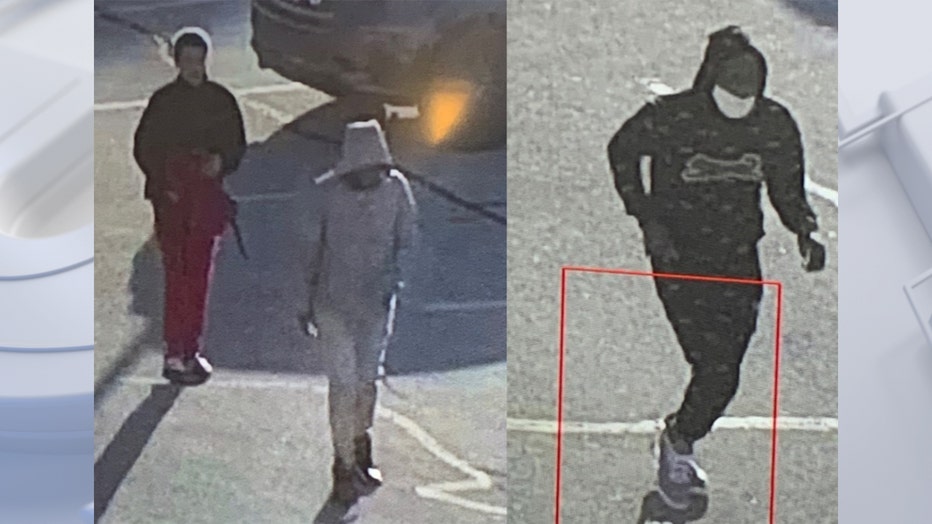 Officials say shortly before 7:30 a.m., the suspects approached the victim who was walking in the neighborhood. Suspect #1 implied he had a weapon -- and then demanded and obtained the victim’s property. All suspects fled on foot.

Suspect #1 is described as a male, African American, 18-20 years old, dark complexion, wearing a white face mask, black Puma jogging suit, and blue tennis shoes with a white sole. This suspect implied he was armed with a handgun.

Suspect #3 is described as a male, African American, 18-20 years old, with a short haircut. He was last seen wearing a black, long-sleeved shirt and red pants.