CEDARBURG -- The Cedarburg Police Department is asking for the public's help to identify suspects they say are involved in the theft of alcohol from a Walgreens store.

Officials noted in a Facebook post that the crime happened on Sunday, June 30. They say there is a female driver that waits in the car for the two male suspects. 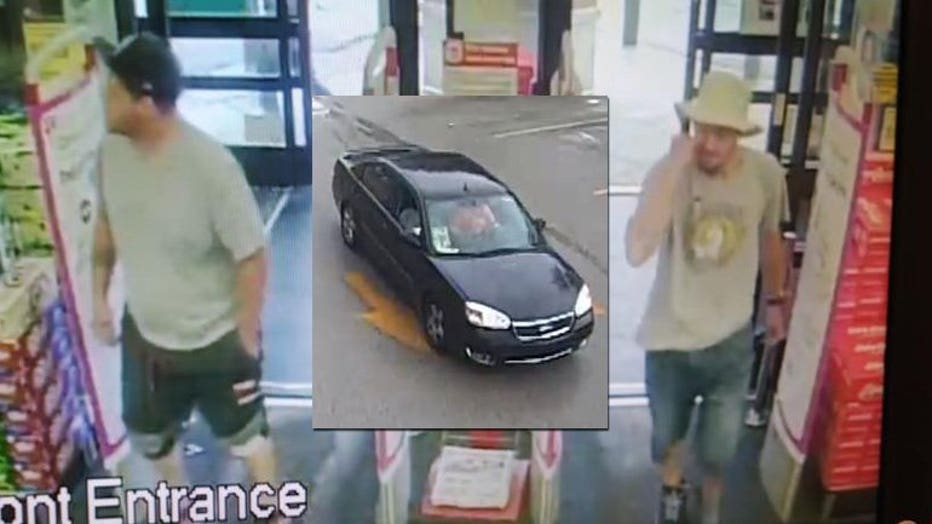 The car is identified as either a 2006 or 2007 black Chevy Malibu with no front plate.