It happened just before noon.

Police said the suspect jumped the counter at the bank and demanded employees place money in a bag. A weapon was implied, but never seen. 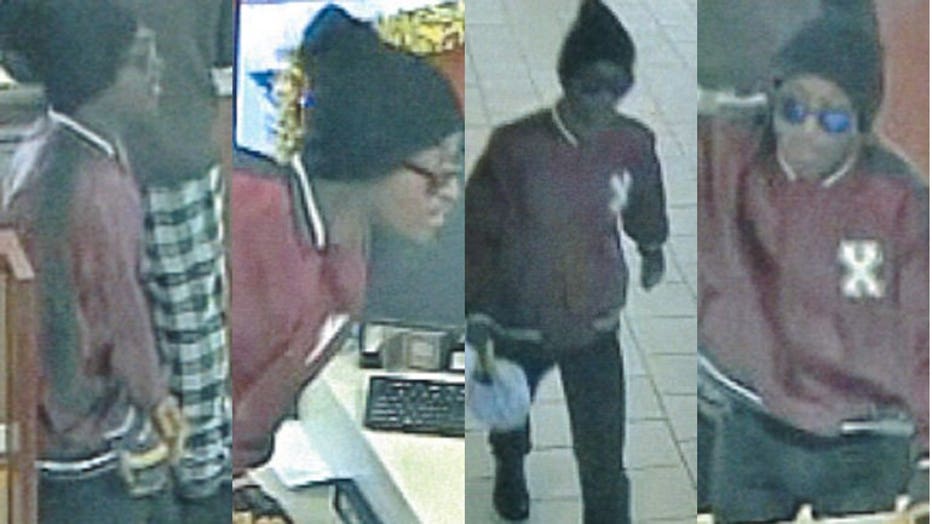 The suspect was able to leave the bank with an undetermined amount of cash.

Police described the suspect as a man, black, in his 20s, standing 5'5" to 5'7" tall, with a slim build. He was wearing a black knit hat, dark sunglasses, and a red zippered jacket with a white "X" on the left chest area and a black strip running down the length of the arms. He was also wearing jeans, dark shoes and black and yellow work gloves.

Anyone with information is asked to please contact St. Francis police.