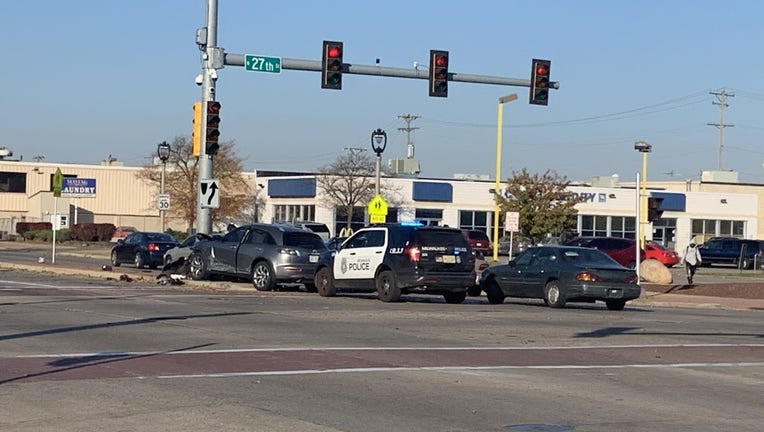 MILWAUKEE - A driver sustained serious injuries after being hit by a car that ran a red light at N. 27th Street and W. Capitol Drive Saturday.

The crash happened shortly before 9 a.m., according to police.

The driver of one car failed to stop at the red light and hit another vehicle driven by a 22-year-old Milwaukee man. The impact of the collision caused the struck vehicle to hit a traffic pole.

He was taken to the hospital and is expected to survive. No other injuries were reported.

The driver who ran the red light remained on the scene, according to police. No word on if any citations were given.

It has been a deadly week on Milwaukee street. Now, all the fatal crashes and hit-and-run wrecks have city leaders sounding the alarm.