The U.S. economy shrank for two consecutive quarters this year, increasing speculation that the country could be headed for a recession. But does two straight quarters of economic decline mean we’re in a recession?

"Absolutely not," explained Christopher Thornberg, an economist and founding partner of Beacon Economics. "This idea that a recession is two quarters of negative growth is completely made up. No economist ever said that."

The Commerce Department reported Thursday that the gross domestic product — the broadest gauge of the economy — dropped at a 0.9% annual pace from April through June. That followed a 1.6% annual drop from January through March.

But even as the economy shrank over the first half of this year, employers added 2.7 million jobs — more than in most entire years before the pandemic struck. And the unemployment rate has sunk to 3.6%, near a half-century low. Robust hiring and exceedingly low unemployment aren't consistent with a recession.

What is a recession? 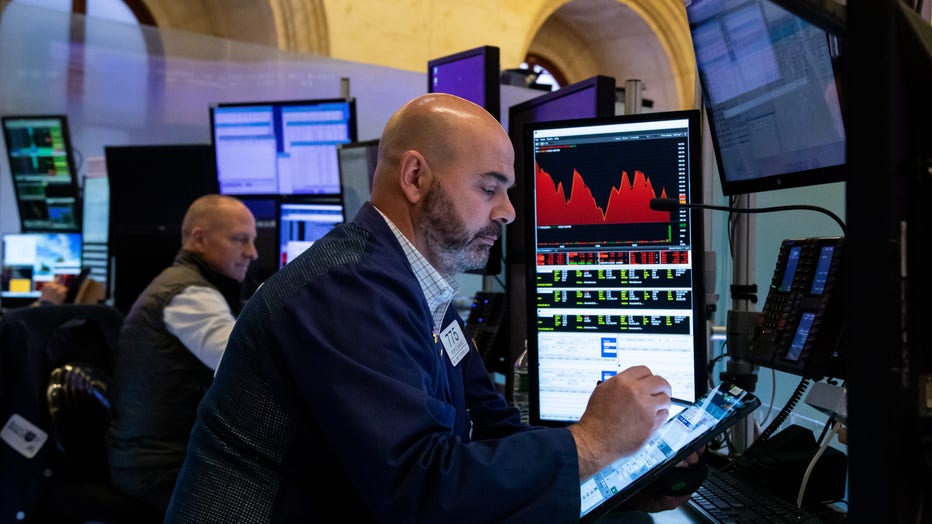 Traders work on the floor of the New York Stock Exchange NYSE in New York, the United States, June 16, 2022. (Photo by Michael Nagle/Xinhua via Getty Images)

The National Bureau of Economic Research, a nonprofit, nonpartisan committee, decides when the U.S. is in a recession. Their definition of a recession "involves a significant decline in economic activity that is spread across the economy and lasts more than a few months."

"Our view is that the last six months have not met that definition," Hoyt said. "We don’t expect the committee to call this a recession."

But the NBER typically doesn't declare a recession until well after one has begun, sometimes for six-18 months, "so it's not real useful data in real time."

The committee considers trends in hiring as a key measure in determining recessions. It also assesses many other data points, including gauges of income, employment, inflation-adjusted spending, retail sales and factory output. It puts heavy weight on jobs and a gauge of inflation-adjusted income that excludes government support payments such as Social Security.

"A recession is a substantial amount of time the economy is underperforming: people can’t find jobs. Factories can’t find buyers. Those are signs we’re in a recession," Thornberg said. "There’s no indicator. Unemployment is down, production is at an all-time high level. This is an economy that continues to operate at maximum level."

RELATED: Nearly half of Americans will take on debt this year despite higher borrowing costs: survey

The 1.6% GDO decline from January through March was mostly because of one-off factors, including a sharp jump in imports and a post-holiday season drop in businesses' inventories. Hoyt and other economists expect that when GDP is revised later this year, the first quarter may even turn out to be positive.

"The problem is that demand has been flopping all over the place," Thornberg said. "When demand is so violently moving around, they just can’t keep up with where demand is. I’m seeing it as a coordination problem, not a demand problem."

The bottom line, Hoyt said, is "the economy is still growing."

"The biggest misconception is that you can look at one indicator and say from that alone that you’re in a recession," Hoyt said. "We’re not of the view that this will be declared a recession."

Why are people calling it a recession?

Hoyt said the "technical recession" some people are referring to — the two straight quarters of economic loss — could come from other countries without a committee that decides when a recession is official.

Recession talks could also be on the rise because many people now feel more financially burdened. With wage gains trailing inflation for most people, higher prices for such essentials as gas, food, and rent have eroded Americans' spending power.

The pain is being felt disproportionately by lower-income and Black and Hispanic households, many of whom are struggling to pay for higher-cost essentials like food, gas and rent. Compounding those pressures, the Federal Reserve is jacking up interest rates at the fastest pace since the early 1980s, thereby magnifying borrowing costs for homes and cars and credit card purchases.

This week, Walmart reported that higher gas and food costs have forced its shoppers to reduce their purchases of discretionary spending such as new clothing, a clear sign that consumer spending, a key driver of the economy, is weakening. The nation's largest retailer, Walmart reduced its profit outlook and said it will have to discount more items like furniture and electronics.

The Fed's rate hikes have caused average mortgage rates to double from a year ago, to 5.5%, causing a sharp fall in home sales and construction.

"It’s going to be interesting because almost assuredly you’ll start seeing popular pushback against Fed policy," Thornberg said. "Everybody’s going to start screaming at the Feds, you’re hurting the economy, etc., when again, they need to stay the course. If they back off it’s going to extend the problem we have."

Will the U.S. go into a recession anytime soon? 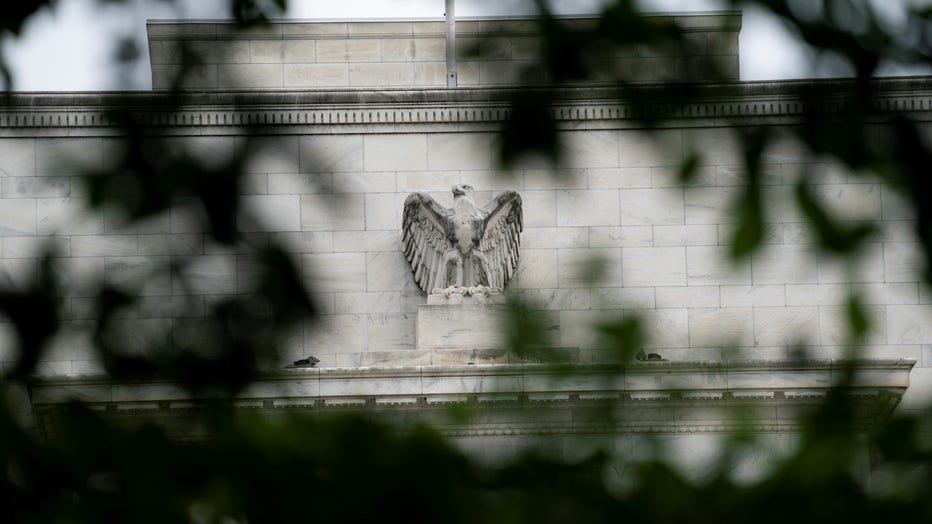 Goldman Sachs economists predict the Fed's rapid rate hikes have raised the likelihood of recession in the next two years to nearly 50%. And Bank of America economists now forecast a "mild" recession later this year, while Deutsche Bank expects a recession early next year.

Thornberg said he, too, has concerns about the economy, but "they’re not about our current craziness."

"It’s just that: current craziness," he said. "If everything else was fine I’d say it’s OK, the buyers will stabilize and the suppliers will be able to get their efforts coordinated better … that’s not the issue. The issue is that the economy is overstimulated.

"The Great Recession is the aftermath of what happens when an economy overconsumes for a number of years," Thornberg continued. "We have excessive borrowing, excessive buying with consumers we’ll have to look at. What you see is some rough roads ahead, no doubt about it, but not on the basis of these current coordination problems. It’s like we’re going through some rapids in the stream of expansion. We haven’t really begun to unwind the disaster they created over the pandemic."

The clearest signal that a recession is under way, economists say, would be a steady rise in job losses and a surge in unemployment. In the past, an increase in the unemployment rate of three-tenths of a percentage point, on average over the previous three months, has meant that a recession will soon follow.

Many economists monitor the number of people who seek unemployment benefits each week, which indicates whether layoffs are worsening. Weekly applications for jobless aid, averaged over the past four weeks, have risen for eight straight weeks to nearly 250,000, the highest level since last November. While that is a potentially concerning sign, it is still a low level historically.

"If we were to suffer another shot we could easily go into one, but currently there aren’t a lot of imbalances in the economy; that’s one of the things that tends to be a precursor," Hoyt said. "Businesses and financial institutions appear to be in good financial shape. If there were to be a recession it would likely be a relatively mild one because we don’t have a lot of imbalances to work out."

This story was reported from Seattle. The Associated Press contributed.