MILWAUKEE -- In the flurry of sweeping legislation that became law with overwhelming bipartisan support, it was easy to miss a last-minute change to Wisconsin's COVID-19 bill that has lawyers and health care advocacy groups at odds. "This bill does not make families more safe," said attorney Jeffrey Pitman, partner at PKSD who specializes in nursing home neglect and abuse cases. "It makes your family less safe and your loved one less safe because there’s no consequences for any actions.""That’s what’s repugnant about this," said attorney Mark Thomsen, partner at Gingras Thomsen & Wachs who specializes in medical malpractice and nursing home neglect. "You can’t take advantage of this pandemic to self-serve, to protect your own pocketbook." 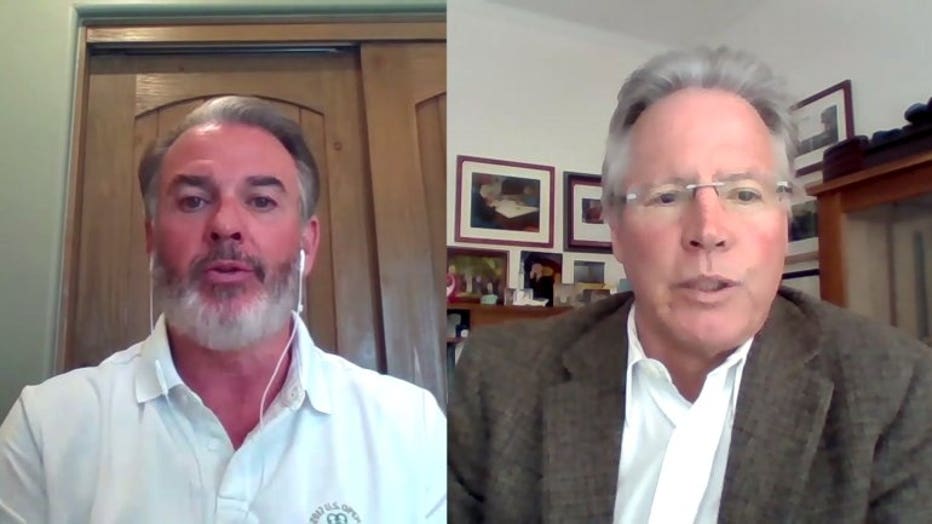 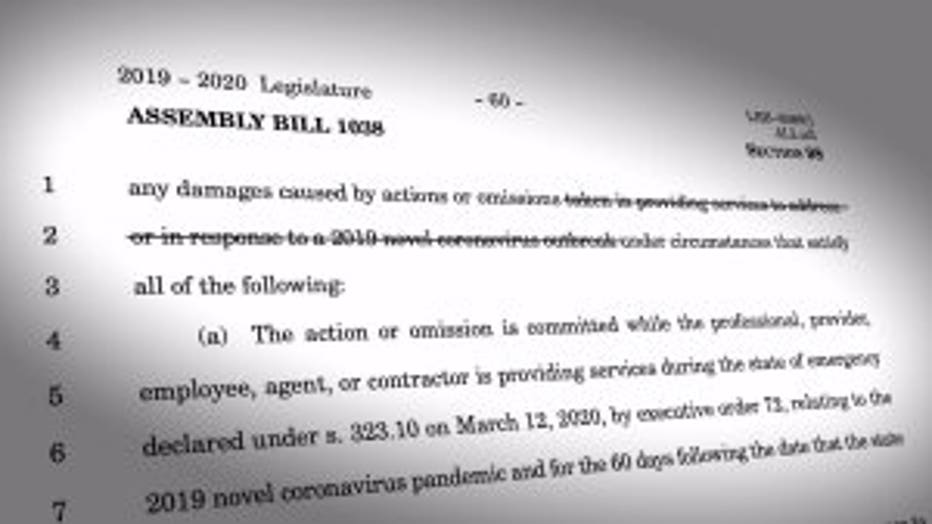 Pitman and Thomsen say they supported Wisconsin Act 185's original provision that granted health care providers immunity from civil liability for the treatment of COVID-19 during the pandemic. But an Assembly amendment deleted phrases specifying that the immunity was intended for COVID-19 treatment. "If they drop your mom and she's injured or she's killed - total immunity," Pitman said. "If they give your dad the wrong medication, or they don't give him a medication and it kills him, total immunity...they broadened it so now there’s total immunity for any injury or any wrongful death.""I kind of dispute with you that it has significant changes from the original language," said Wisconsin Medical Society Chief Executive Officer Clyde "Bud" Chumbley. "There’s a word here and there, we debated that. But I think the intent is consistent with the original language."The letter of the law When Wisconsin Act 185 was Assembly Bill 1038, it said a health care provider would be immune from civil liability for death or injury or for "actions or omissions taken in providing services to address or in response to a 2019 novel coronavirus outbreak ." It went on to say that, in order for the health provider to qualify for immunity, the action must occur, in part, while "providing services during the state of emergency declared under s. 323.10 on March 12, 2020, by executive order 72, relating to the 2019 novel coronavirus pandemic and for 60 days following the date that the state of emergency terminates." 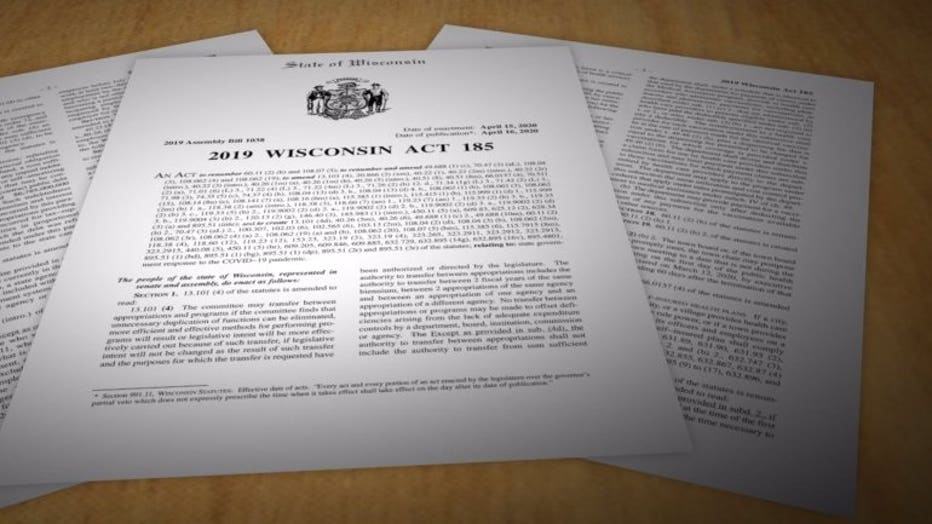 Advocates for the immunity provision said it was important because health care providers are trying to treat a new, unpredictable disease. "It's perfectly reasonable to have immunity for health care providers and workers who are doing the emergency care in this pandemic," Pitman said. "They're heroes and they're doing God's work, and I completely understand that." 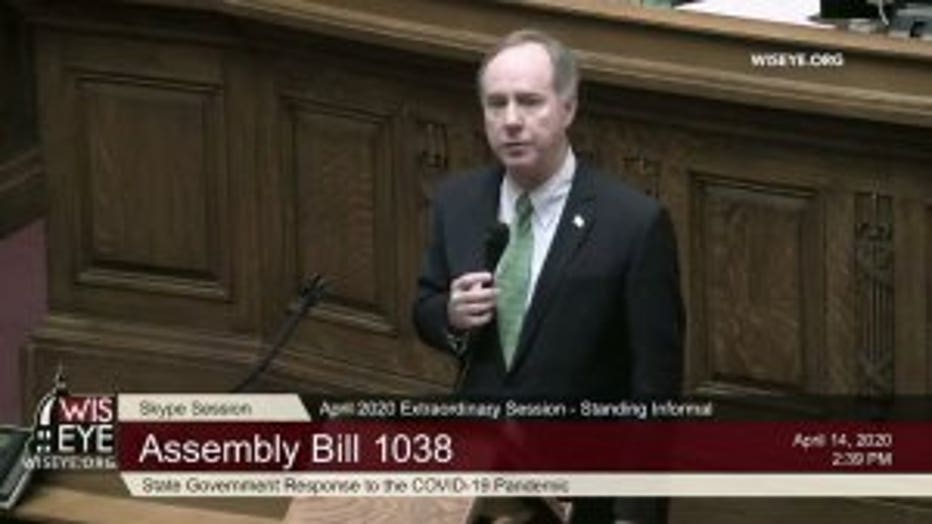 But that version of the bill did not become law. Assembly Speaker Robin Vos introduced an amendment that, in part, eliminated the "2019 novel coronavirus" qualifier multiple times. The end result was a law that says a health care provider is immune from civil liability for death or injury or for "actions or omissions" if the provider, in part, is "providing services during the state of emergency declared under s. 323.10 on March 12, 2020, by executive order 72, or the 60 days following the date that the state of emergency terminates." Pitman and Thomsen interpret that to mean health care providers have immunity from civil liability during the emergency order and 60 days following its termination regardless of whether they are treating or responding to COVID-19. Speaker Vos and Senate Majority Leader Scott Fitzgerald did not respond to FOX6's emails. Spokespeople for Wisconsin's Department of Health Services also did not respond. "Justice for Kelly""I don’t believe in frivolous lawsuits at all," said Linda Berger, who lives in Burlington, Wisconsin. "I can’t stand them. But for people not to be able to pursue some kind of justice for their loved ones, that’s just wrong." Berger's daughter, Kelly, had brain damage from lack of oxygen when she was born. She died nearly nine years ago in a group home. 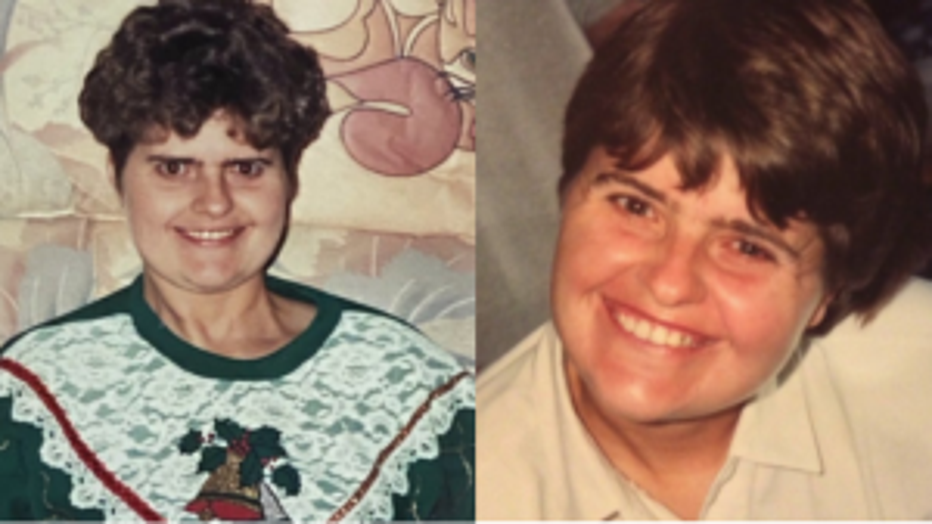 "Kelly was almost 50 years old when we lost her," Berger said. "But she was four years old. And she was just a sweetie...she lived for her birthday, for Christmas and Easter - she still believed in everything. That was hard, our first Christmas without her. Because there were no presents from Santa Clause.""We have always had problems with Kelly eating too fast, not chewing enough, eating too big of a bite," Berger said, noting that staff had been instructed that Kelly could not be left alone. "They went out on the patio and left Kelly in the house by herself, and she proceeded to get into the bagels. She had time to put peanut butter on them. And she ate them. And she choked." Berger sued for negligence. The group home settled. "It gave Kelly some justice. I just felt like, I felt like a load had been lifted off my shoulders," Berger said. "I can’t bring her back. Nothing’s going to bring her back. But it made me feel good that we got some justice for Kelly. That’s what I needed." Pitman was Berger's attorney. Berger and Pitman say they're concerned about the idea that Act 185 could have prevented Kelly's case from going to court if her death had occurred during the pandemic, even though it was not related to COVID-19. "And that's wrong," Berger said. "Somebody needed to be held accountable for my daughter’s death."Competing interpretations"There’s no course of action, there’s nobody to be held responsible or accountable for the injury or death of your loved one," Pitman said. "And so if there’s no consequences to what happened, what do you think is going to happen if you can’t be held accountable for not doing your job?""Because of this, there are going to be hospitals that are going to take advantage and try to limit that person’s right to recovery," Thomsen said. But Wisconsin Medical Society, which CEO Clyde "Bud" Chumbley says was "peripherally involved" in the bill's language, says the wording is "specific for this emergency." "Any idea why the language specific to COVID-19 was eliminated if the intention was to keep this specific to COVID-19?" Investigative reporter Amanda St. Hilaire asked. 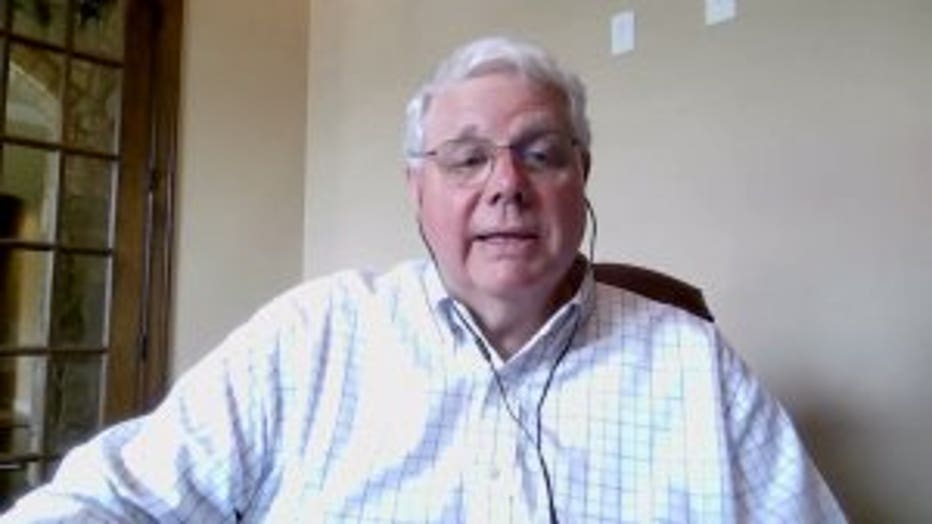 "Well, I'm not really sure that it was," Chumbley responded. "I hesitate to interpret the law because I’m not a lawmaker, I’m not a lawyer. That would be up to the courts....as a physician, I think this gives me very good guidelines and guardrails of what I'm able to do under this legislation." Chumbley points to the set timeframe of the health care provider immunity, which expires 60 days after the state of emergency ends. He also emphasizes provisions in the law that say the health care provider does not have immunity in cases of "reckless or wanton conduct or intentional misconduct." "If my mother was dropped, and by the way my mother is in an nursing home with Alzheimer's," Chumbley said. "If they dropped her and broke her hip and that led to her demise...I don’t believe that completely eliminates that possibility the patient’s family could seek recourse." Pitman and Thomsen argue that most of the issues they take to court are about negligence, not recklessness. They say the legal standard for "reckless" conduct is much more difficult to prove than negligence, which is not addressed in Act 185. "I guess the analogy would be, if you're driving up to an intersection where there's a red light and you decide you're going to blow that red light," Pitman said. "You know there's a probability someone's going to be going into that intersection, there's a strong probability you're going to cause an accident. Where negligence would be you're approaching it, you get distracted, and you don't see you're going into the intersection." "That would be a legal interpretation," Chumbley said. "That would be up to the courts." Wisconsin Hospital Association declined a request for an on-camera interview, but sent a statement acknowledging the language of Act 185 expands health care provider immunity beyond COVID-19 treatment.

“Health care providers are broadly responding to this COVID-19 public health emergency. Wisconsin Act 185 recognizes the unprecedented challenges in delivering health care during this pandemic and how that affects all types of care – not just treatment for COVID-19 patients. Wisconsin policymakers understand this and passed the temporary liability standard with overwhelming bipartisan support.” Mark Grapentine VP of Communications, Wisconsin Hospital Association

"Assisted living providers in Wisconsin are facing many challenges during this difficult and unprecedented time.  In an effort to protect the population most vulnerable to COVID-19, our providers and their staff are working tirelessly to care for their residents.  To add onto this, guidance changes on an almost daily basis.  The Wisconsin Assisted Living Association (WALA) was one of several state healthcare associations who felt it necessary that our members needed reasonable temporary immunity and liability protection to recognize the extraordinary challenges facing them during this pandemic.  We are grateful that the legislation passed with overwhelming bipartisan support.  Assisted living facilities continue to be monitored by the Wisconsin Department of Health Services – Bureau of Assisted Living." Michael S. Pochowski CEO, Wisconsin Assisted Living Association

Advocate Aurora, Ascension, and ProHealth Care declined to comment; they referred FOX6 to Wisconsin Hospital Association and Wisconsin Medical Society. Froedtert Health did not respond. It's worth noting the parties involved - the lawyers and the health care providers - have competing financial interests. "Yeah, I think that's a point well taken," Thomsen said. "When I go to court though, I'm representing a person who wasn't treated properly or in an unsafe manner. And this is not a question of whether I get paid if I win. It's about that person not having the right to pursue their rights. "It's not about the money," Pitman said. "I just want people to keep safe. I wish that I would never have another nursing home or assisted living case during the course of my career. I'd be happy to do some other practice in law if miraculously these kinds of cases would disappear." "It's a new virus, highly contagious, has a propensity to drive us to crisis medical care," Chumbley said. "Some additional protections for those caring for those with the virus were reasonable."