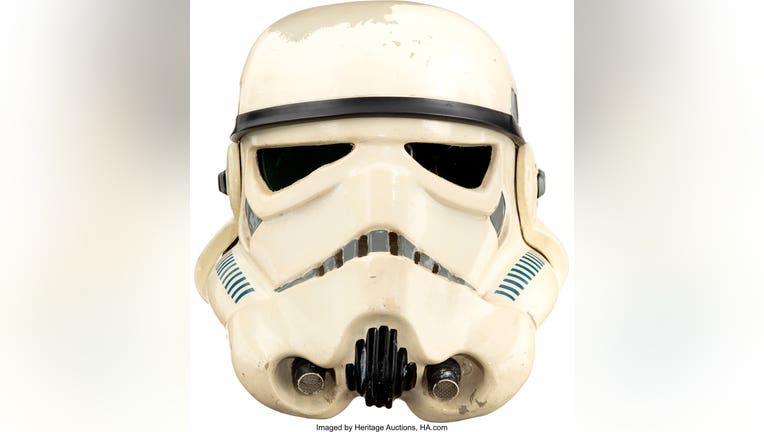 A rare stormtrooper helmet will soon be up for auction. (Credit: Heritage Auctions)

DALLAS - Star Wars fans will have a chance to own a piece of Hollywood history when a rare screen-matched stormtrooper helmet and screen-used hero E-11 blaster from the 1977 movie will be put up for auction.

Heritage Auctions says the items will be a part of its Hollywood & Entertainment Signature® Auction taking place from July 22-23.

The items were featured in "Star Wars" which was released on May 25, 1977. It was retroactively titled "Star Wars: Episode IV - A New Hope."

"Finding screen-matched props from Star Wars is virtually unheard-of," Joe Maddalena, Executive Vice President at Heritage Auctions, said in a news release. "I've had the pleasure and privilege of offering several items from the movie that changed everything. But there is something particularly magical about the helmet and blaster. These recognizable, revered items were made for a movie that was turned down by studios before 20th Century Fox OK'd a franchise that continues to thrive in the 21st century." 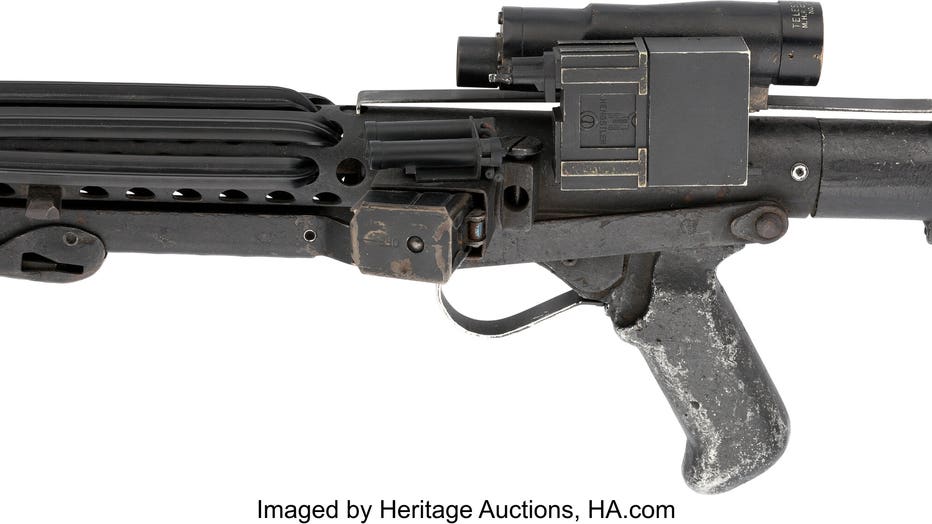 According to auctioneers, director George Lucas began shooting the movie in the Tunisian desert in March 1976. Only six stormtrooper helmets were completed in time for filming.  Only two are confirmed to exist in private hands with one belonging to Heritage Auctions, according to the company.

"In addition to their custom, desert-worn weathering, these helmets also featured unique hand-painted detailing that differs slightly from all the other stormtrooper helmets finished and used later," the company said.

RELATED: May the 4th be with you: How the date became a Star Wars fan phenomenon

A man was caught on camera stealing a "Star Wars" stormtrooper figure from outside a house in Tulsa, Oklahoma, in the early hours of Friday, June 17. (Credit: Tulsa Police Department via Storyful)

Heritage also said the helmet can be identified multiple times throughout the movie and was worn by one of the few stormtroopers who delivered dialogue, specifically the one who spoke to the bartender after Obi-Wan Kenobi's encounter in the Mos Eisley cantina.

"The rushed, handmade nature of the original six stormtrooper helmets ensured that each would appear unique to an observant viewer when finished," Heritage added. "The eyes and ‘teeth’ were cut out by hand from the vacuum-formed shells, leaving noticeably varied results from helmet to helmet. The glossy white spray paint used on the helmets famously didn't take very well, leaving each helmet with a less-than-uniform finish."

The  E-11 blaster was used by stormtroopers, Han Solo, Luke Skywalker and Princess Leia. It was custom-made by Bapty & Co., a British theatrical armorer.