They said that the Kemp's ridley is the smallest and most imperiled of all sea turtle species. It is unique among species found in Florida because it nests almost exclusively during daylight hours. Its primary breeding grounds are in Mexico, so very few nests have been recorded in the Sunshine State. 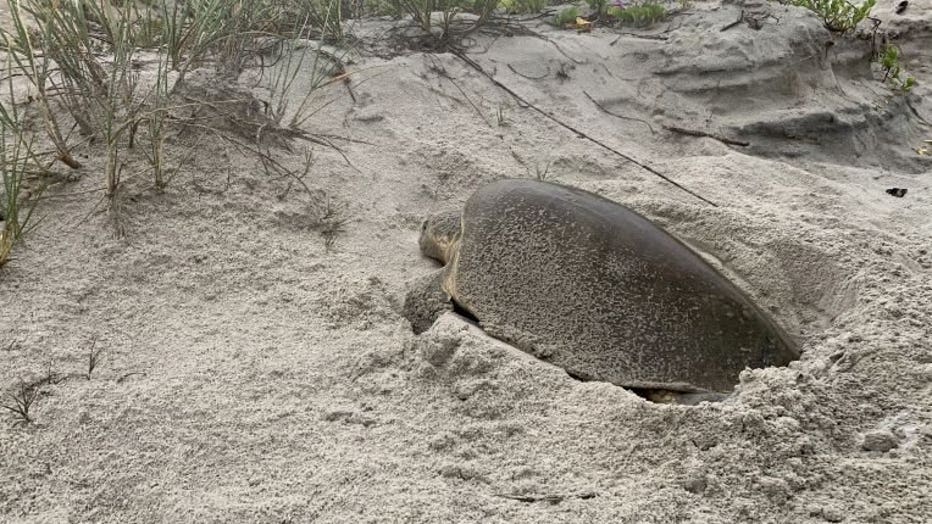 Only 14 Kemp ridley nests have reportedly been documented in Volusia County since 1996. Of those, ten nests were laid by three turtles that were tagged for re-identification. There were two nests recorded in 2019 and both were made by a tagged female that has nested in Volusia County just seven times since 2005. Then, there was one other turtle, which was tagged while nesting in Wilbur-by-the-Sea in 2017, and it has been observed only one time.

The turtle that was found at New Smyrna Beach last week is actually the same turtle that was tagged in Daytona Beach Shores in 2016 by staff from the Marine Science Center, officials confirmed.

This season alone, officials said that 213 nests have been documented in Volusia County. Others include three leatherback nests, 208 loggerhead nests, and one green sea turtle nest.

The sea turtle nesting season goes from May 1st through October 31.