CALEDONIA -- Southeast Wisconsin has already received heavy rainfall this May with over than five inches in Milwaukee and more on the way on Monday, May 14. Racine County has been among the most affected, as the rain has led to swollen waterways in the area.

Linwood Park didn't look like much of a park at all Monday -- with some of the benches submerged in water. This, as the fast-moving Root River raced behind Kate Seitz's Caledonia home. 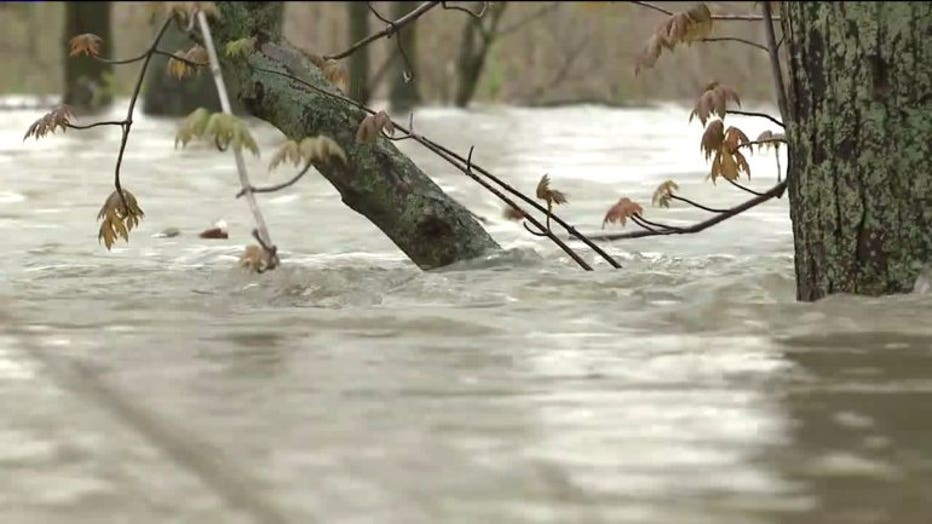 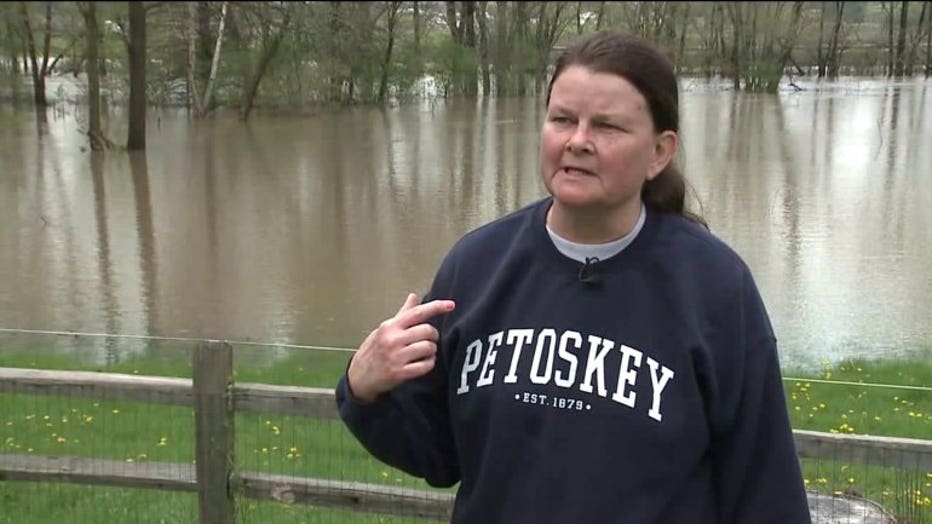 Her backyard painted a very different picture 72 hours prior. 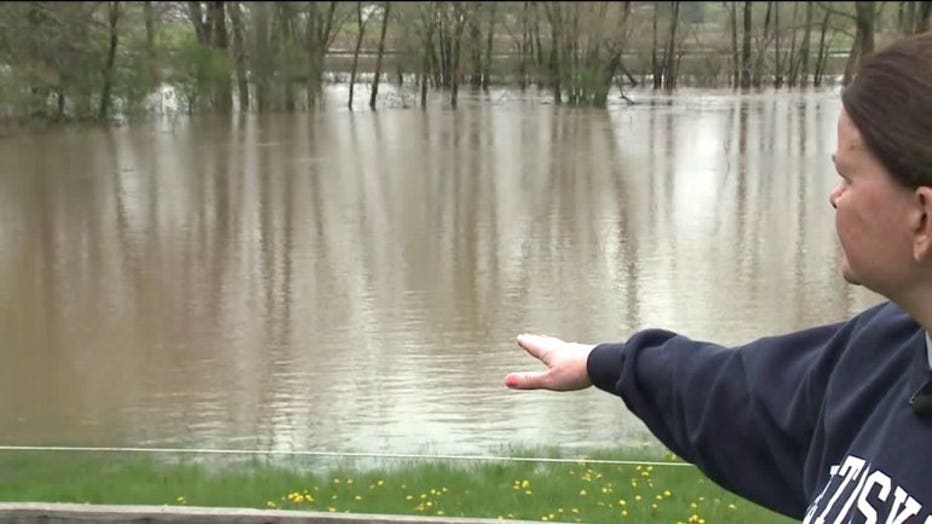 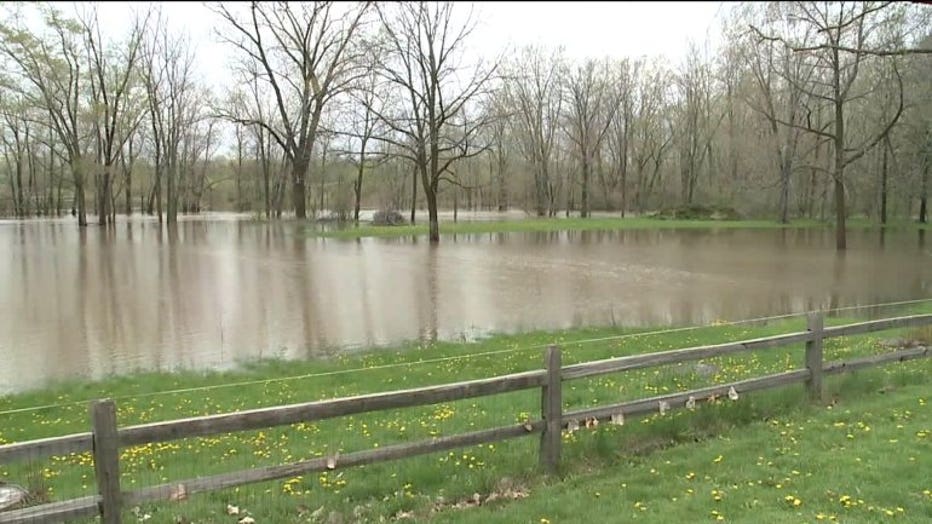 "This is all grass where you see water. Where you see that first line of trees back there, that's where the river starts. This is the worst it's been in the last couple of years," said Seitz.

Still, she said the water has been higher.

She said she's not going to let a little rain dampen her mood. 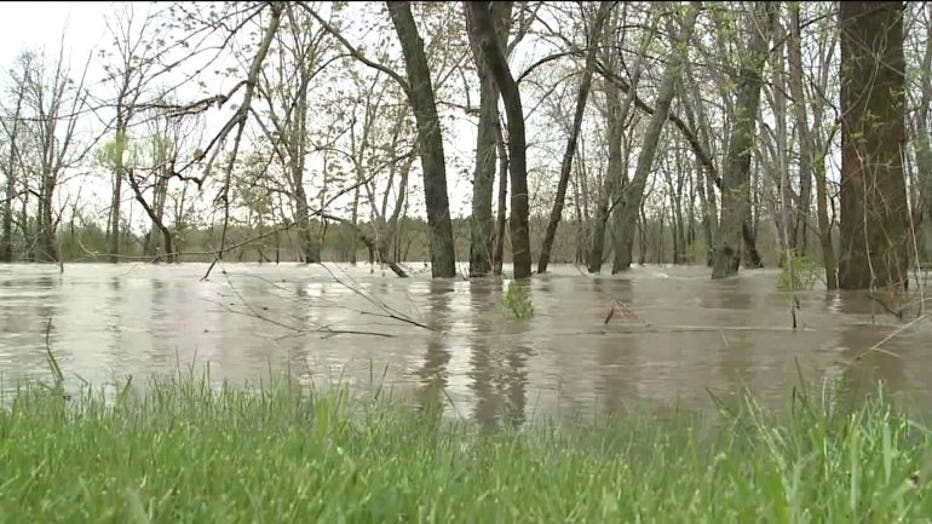 "We're not worried. Our house will be fine. Usually it's like this for a few days and then it does go down. Mother nature!" said Seitz.

Downstream, a four-legged friend ran into some trouble on Monday at Johnson Park Dog Run. 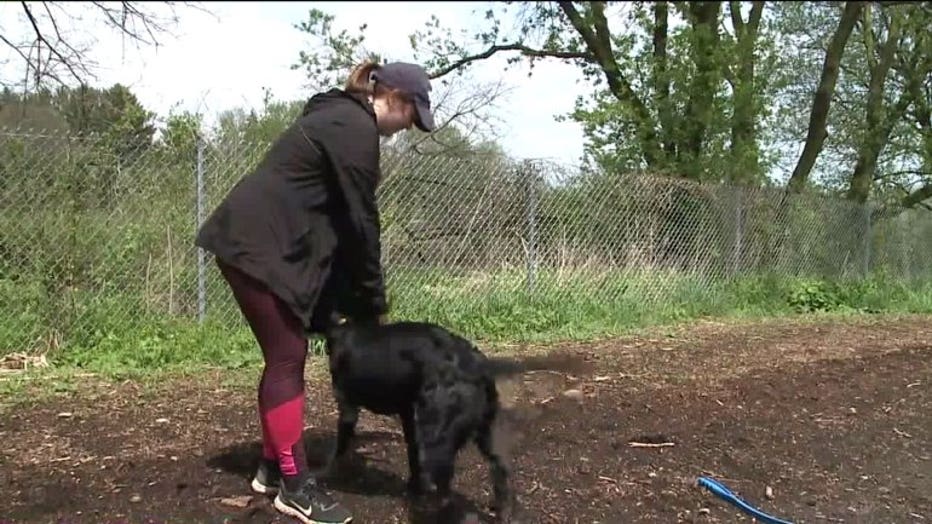 "A lot of the trails I normally go on are all flooded out. The river is running super fast. He almost got swept away in it," said Lauren Davis.

Two years old, Davis said her pup likes to cool off in the Root River.

"It was kind of scary because the waters were moving so fast," said Davis. 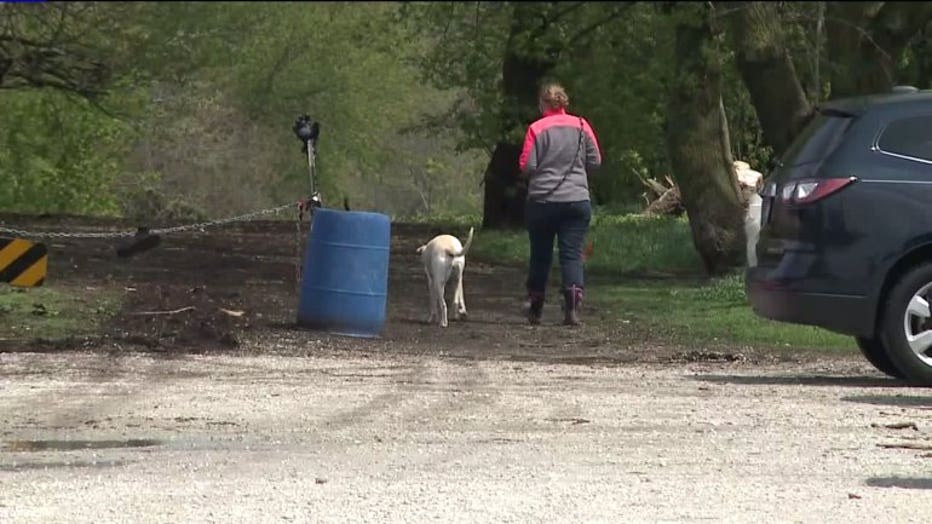 Davis said she coaxed him out of the river, and to safety.

"He's a pretty good swimmer. You got to just kind of dress for the weather. I've got my rain jacket on just in case," said Davis.

At last check, the National Weather Service reported that Root River rose to 9.7 feet at its peak Monday.