RACINE -- Racine Mayor John Dickert announced on Monday, July 10th that he is resigning his post effective at the end of Sunday, July 16th. The news of the pending resignation was first announced back in March.

Dickert will be the CEO of Great Lakes St. Lawrence Cities Initiative (GLSLCI), an organization with offices in Chicago. GLSLCI members are mayors in both the US and Canada, dedicated to protecting and restoring the Great Lakes and St. Lawrence River.

Starting next Monday, Racine Common Council President Dennis Wiser will serve as acting mayor.  The Common Council must then select a mayor, to serve in the interim, until a special election is held to elect someone to serve the remainder of the resigned mayor’s term. 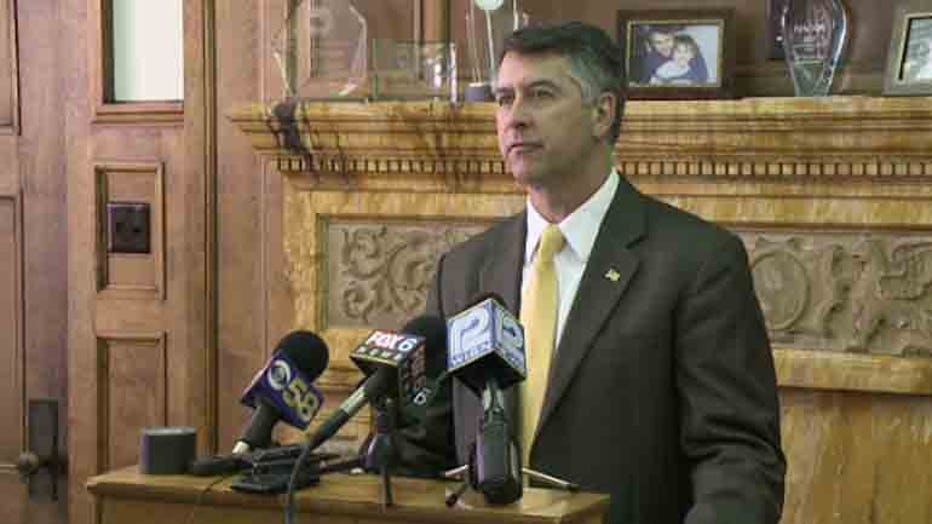 In a news release, Dickert issued the following statements about his time as mayor of Racine:

"Crime rates are at historic lows.  Our community policing efforts is a big part of that improvement.  And we were able to move the unemployment from 17% and last place in the state down to 4.4%.  In the economic environment we have battled through, this is a big accomplishment.  And to those who are working now because of the additional jobs, it means everything.

This level of change doesn’t happen in a vacuum.  So many people and organizations worked together to make things happen.  Our city departments worked together along with the Police Department and citizen groups to make sure Anthony Lane emerged from the disaster that was Jacato Drive.    Organizations like Segue, United Way, the County, and Continuum of Care helped our people experiencing homelessness survive the winter and continue to work hard to ensure that all our citizens sleep under a roof this coming winter.  I am proud of these and all the other accomplishments we’ve made together in recent years."