RACINE -- Would you ever describe a penguin as "ungrateful" or an elderly monkey as "working spectacularly"?

Several animals from the Racine Zoo have been featured in a new book -- one that links the nature of the Zoo's animals with online shopping reviews. 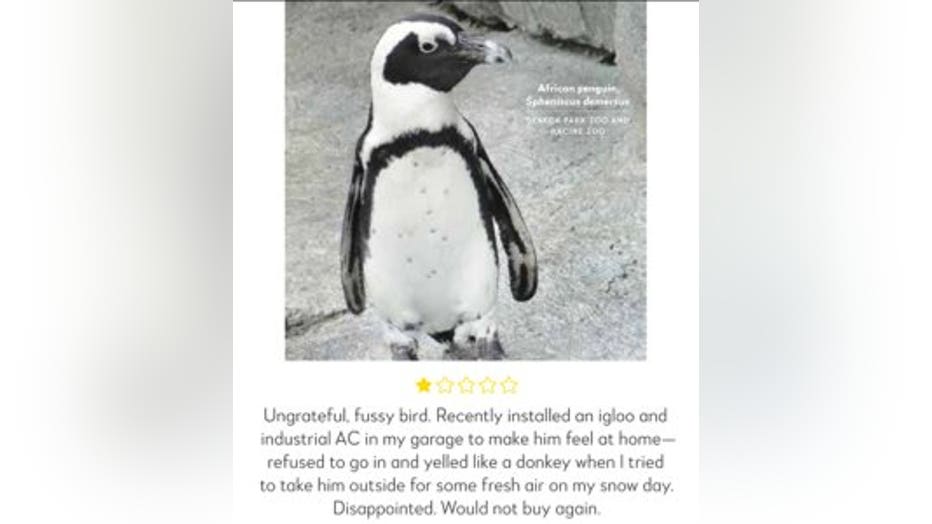 In one "rating", an African penguin gets just one star, describing it as:

"Ungrateful, fussy bird. Recently installed an igloo and industrial AC in my garage to make him feel at home -- refused to go in and yelled like a donkey when I tried to take him outside for some fresh air on my snow day. Disappointed. Would not buy again.

In another rating, an orangutan was described as:

"Five stars. Wonderful product! Very strong. Was lucky enough to get one before they run out! Apparently the place that makes them is disappearing."

Proceeds from the book go to the Association of Zoo and Aquariums and its Saving Animals from Extinction program.